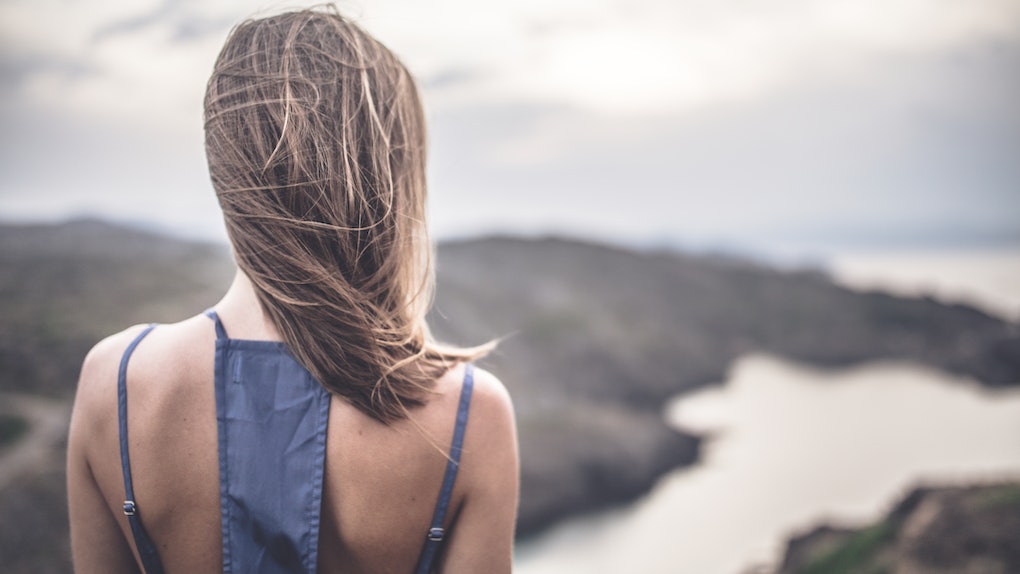 Caring For My Mental Health After A Breakup Required Professional Help

No one enters a relationship thinking about how it will end. You don’t imagine returning that sweatshirt you borrowed one night and slept in for months, or throwing away the toothbrush your partner kept by your bathroom sink. You don’t envision sobbing over the phone because your colleague found your boyfriend on Hinge. And you certainly don’t expect to go to the emergency room a week after the relationship ends, whispering to the receptionist that you’re experiencing suicidal ideations and need help caring for your mental health after a breakup.

I didn’t, at least. Not until I found myself in a hospital room last September, reeling from my most challenging breakup to date.

There is no accurate stereotype of a person who experiences depression or suicidal thoughts — mental illness presents itself in different forms in different people. Though I’d struggled with anxiety and depression for much of my life, I’d never known I could reach a point this low. Generally, I’m the type of person who makes playlists full of Ariana Grande songs and bakes Funfetti cupcakes for my friends going through a breakup. But even thoughts of rainbow sprinkles and dance parties to “thank u, next” couldn’t coax me out of the dark space I’d entered.

I felt like I’d been broken into pieces — shattered, really — not just from the breakup, but from the relationship itself. From all of the silly fights, the ignored texts, the I love yous met with empty air. It seemed impossible to piece myself back together, to become whole again. I felt like there was no way to heal myself, so I thought, what was the point of carrying on?

Evidently, I’m not the only person who has felt this way following a breakup. As explained in Psychology Today, studies have shown that relationship and marital problems can potentially increase the risk of suicidein American adults. In a 2018 study conducted by researchers at Purdue and Kansas State University, for instance (in which 208 adults who’d recently experienced a breakup were surveyed), findings suggested that breakups make individuals more susceptible to depressive episodes, which, in turn, makes them more susceptible to suicidal thoughts.

“Key signs of [suicidal] ideation are thoughts like, ‘What’s the point of living? I have nothing/no one important in my life,” says Melanie Shapiro, a licensed clinical social worker who specializes in depression and relationship issues. I knew there was so much to live for, but suddenly, inexplicably, it all felt pointless — like no amount of joy could ever mask this pain. I just wanted it all to end. “This [type of suicidal] ideation is beyond the scope of talking to a friend,” Shapiro says. “If [a person is] experiencing these thoughts, they should immediately contact a mental health professional or call a suicide hotline.”

Luckily (miraculously, really), I stopped myself as soon as I started to act on these thoughts. I quickly Googled and found a hotline to call, was told to go straight to the hospital, and asked a friend to meet me there. She hugged me and told me we had to be there to hold each other’s broken pieces — something I’ve repeated ever since. I explained the situation to a number of doctors and nurses who collectively agreed I was not actively a danger to myself (I was discharged that same afternoon), but it was best I take a few weeks off from work and begin to meet with a medical team daily. My managers and colleagues were incredibly understanding.

I was living in London at the time, which meant that in the wake of my breakup — to a man I was convinced was my Notting Hill version of Hugh Grant — I had given up all British romantic comedies. It also meant I was able to utilize the services of England’s National Health Service (NHS) — the public healthcare system — as I recovered. Though sometimes difficult to access, the NHS provides free mental health services to British citizens and long-term residents like myself, including a service called the Crisis Homecare Team. I met with the team each morning for about two weeks, checking in with nurses at a local clinic who could ensure I was safe and stable. I was also able to chat with psychiatrists (once through the NHS; later, privately) who helped me better understand the root of the problem. This breakup was rough, yes, but it wasn’t the only factor at play. After several evaluations, I learned I also have bipolar disorder, type two — something medicine could help treat.

For years, I’d avoided my mental health the same way you avoid aggressively flirty men at a bar: subtly, but with intention. I’d told myself it was normal to feel this way, that I was fine, I was fine, I was fine. The truth, though, is I’d been far from fine for a long time — a reality that hadn’t hit me until this breakup. Painful as it was, this all forced me to face and care for my mental health with more intention and thoughtfulness than ever before.

I started speaking with my therapist more frequently and honestly, and crafted plans to navigate life when I started to feel as though there was nothing to live for. These plans look different for everyone, but for me, practices like weekly self-compassion meditations, regular cardio exercises, and gratitude journaling were all in the mix. I also learned to recognize that lighting a Byredo candle and doing a face mask were not necessarily “self-care.” Self-care meant cooking good meals, curling up in bed before midnight, spending time with the people in my life who made (and make) me feel loved and valued. It meant long walks through leafy parks, writing out the highs and lows of each day, reading the poetry of Mary Oliver and the prose of Matt Haig. It meant testing and trying new medications, with my doctor’s guidance, to help find the right drug and dosage. A year later, we’ve very nearly found it.

There’s no catchall cure for a broken heart, but with time and space and resources, I’ve learned to view my relationship and breakup through a completely different lens, one that does not place the fault entirely on my shoulders. And I’ve learned I can go to hell and back — mentally and emotionally — and still carry on.

I’ve dabbled in dating a bit since my breakup, mostly comically so. I’ve flirted with guys on dating apps and briefly went out with a boy who jokingly proposed on the third date. Against my better judgment, I’ve exchanged the odd "happy birthday" and "omgosh there's a pandemic, are you OK??" texts with my ex. But mostly, I’ve been striving to learn to date myself a little. To treat myself with kindness and show myself care, even in the bizarre alternate universe that is 2020.

I still struggle to feel whole some days. There are so many ups and downs in a relationship, and the same is true of healing — it’s all so far from linear. But for me, with meditation and medication, sweaty spin classes, the lyrics of Lizzo, and the support of friends, I’ve learned to persist.