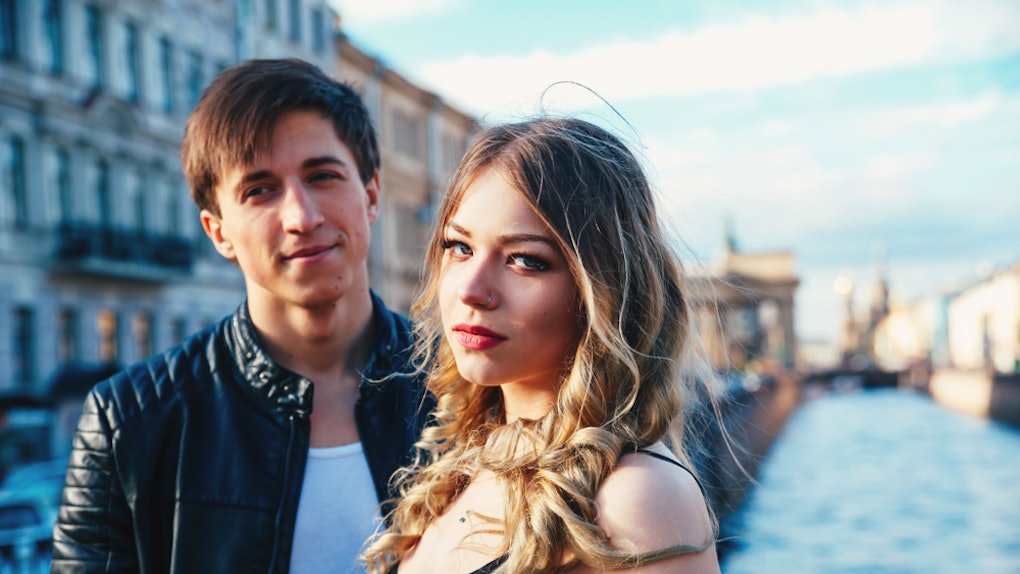 Can You Forgive Your Partner For Cheating? 10 People Reveal What They'd Do, & Wow

Cheating is one of those things that can leave a mark on people. Whether you've been cheated on physically or emotionally, it can sometimes leave a kind of emotional scar and make it harder to trust people. You give your heart to someone, in hopes that they'll take care of it and treat it with love (like you would theirs), but then they do something that makes it seem like they didn't care you entrusted them with something so precious. So, how do you get over that? Can you forgive your partner for cheating?

Deciding whether to forgive your partner after they cheated is completely up to you. There is no right or wrong way to handle the situation. It's something that you and your SO have to figure out for yourselves. Do you think you could trust your partner again? Do you think your relationship can make it? Do you want to make it work? It's your choice.

Some people find it nearly impossible to forgive a SO who cheated on them, and others may find it easier to do. The dreaded saying, "once a cheater, always a cheater," can loom over you if your partner cheated, but it's not a proven fact. Someone could cheat in a moment of weakness and never do it again. Do you just not trust them again because of that one moment? For some people, the answer to that question is yes. To others, it's no. I turned to Reddit to see whether people can truly forgive the fact that their SO cheated on them.

That's going to be a hard no.

I don't know why people think coming clean with something this betraying is some noble act. I mean, I'm glad you came clean, but that just means you actually still have a conscious.

If I murder someone and get brought to court and admit, I go to jail. Sure I might get a slightly lighter sentence, but I can't go, "BUT I ADMITTED IT!"

Cheat on someone, don't expect the relationship to continue.

If they thought it was a wise decision in the first place, then they obviously don't think our relationship was a wise choice. Trust means relying on your SO's judgement so that they can make the right decisions for your relationship, so if violating the relationship is their decision, then it obviously is no longer relevant to them.

No circumstance that I can realistically think of would allow me to forgive him. At that point all trust is gone forever and I'll just be expecting him to do it again. Don't give second chances when it comes to cheating.

For some people, it depends on the situation.

Yes - but heavily dependent on circumstances, and mitigating / aggravating factors.

The reality is I work offshore, so I'm gone half the time. It's not a particularly great circumstance, or a particularly fair one, but it's the way it's worked out.

If it was a one-off, she was lonely and drunk, it happened, and she regrets it, I think I'd be able to forgive her. It'd take a lot of time, and I don't know if the full amount of trust would ever be completely restored, but it's something I'd be willing to work on, and work with her to get through.

On the other hand, if it was a recurring thing (particularly an affair with the same guy), that'd be another thing entirely.

Only if I was such an insufferable asshole that I drove them into the arms of another.

Others can forgive, but need to abandon the relationship.

I could probably forgive her at some point, but the relationship would deeefinitely be over.

But the relationship would have long since been over.

And others would, in fact, forgive.

We have an agreement on how much either of us would have to be paid for cheating to be okay. So as long as there isn't an emotional element and we are able to massively profit. Then yes

I struggle with giving her the physical and emotional support she needs, so I wouldn't be surprised if she was tempted to go elsewhere.

I would give them a second chance. People f*** up. People can also change, I've seen it happen.

I'm not sure where I would stand on the spectrum of forgiveness. I want to say I would never be able to forgive someone for cheating on me, but then I think about my past. In my last relationship, I regretfully had feelings for someone who wasn't my partner. I look back on that now, and I can't believe I let that happen. Granted, you can't control your feelings, but you can control the circumstances you put yourself in, and I put myself in some pretty shady circumstances.

While I never physically did anything, all the signs of emotional cheating were there. My ex knew about the other guy, but I'm not sure how much he knew, or if he even considered it cheating. I always told myself and the people around me I wouldn't cheat on someone, but I fell into a situation where I was doing the one thing I said I never would. So, is it even fair for me to sit here and say I wouldn't be able to forgive someone for cheating, when I was emotionally invested in someone else?

I don't know if my ex ever forgave me for that — clearly, some people would, and others wouldn't. Whether someone can forgive their partner for cheating or not depends on them and the relationship they're in. If you sit down with your partner and set the boundaries in your relationship, it eliminates any gray areas because the two of you can agree on what constitutes as cheating and what doesn't. That one conversation can make all the difference.