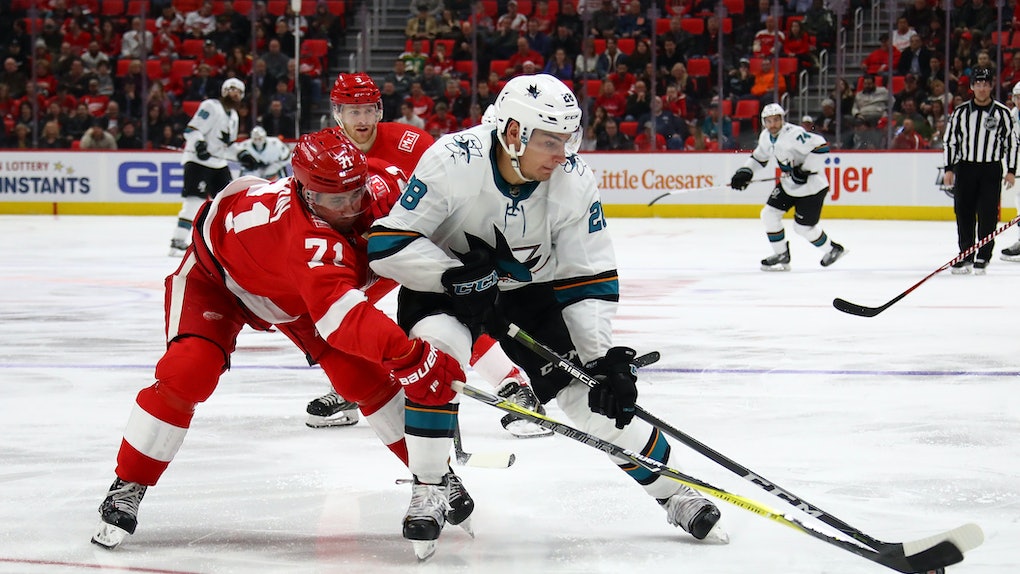 Can Professional Athletes Compete In The Olympics? Here's The Deal

Athletes and spectators alike are gearing up this week for the 2018 Winter Olympics in PyeongChang, South Korea. This year, the Games won't include the likes of Alex Ovechkin or John Tavares, but old-school hockey fans are used to this, as National Hockey League (NHL) players haven't always been allowed to compete. Whether professional athletes can compete in the Olympics in any sport has long been a point of controversy in the sports community and beyond.

Professionalism was initially counter to the institution's history.

The Olympics were originally designed to allow amateur athletes the chance to compete on an international stage. Per Vice, the origins of modern-day Olympics had more to do with classism than professional status, but still, amateurism was regarded as an easy way to level the playing field. The first games in 1896 were restricted to those who didn't get paid to play sports, according to Vice.

And the Olympic congress was pretty serious about the amateurism rule, even when compensation came from performance in other sports. Per the Smithsonian, track athlete Jim Thorpe was stripped of his 1912 gold medals when it was later found out that he had, in fact, received compensation for playing minor league baseball a few years earlier. (He was posthumously re-awarded his medals.)

But the amateurism rules stuck around for several more decades. The 1964 rulebook, from the International Olympic Committee (IOC), made it pretty clear that "amateur" meant someone who had a livelihood and had not earned income from their sport.

In the 1980s, a sea change began to take place. In October 1986, the IOC decided to expand its amateurism policy for pro athletes, though it didn't affect every sport. But it was a formality at that point, as plenty of major league sports had already been relaxing eligibility rules.

Per a 1985 Times article, the IOC decided that year to allow professional athletes under the age of 23 to compete in tennis, soccer, and hockey for the upcoming games. At the time, it was a temporary decision that would take effect just for the 1988 Winter and Summer Games, and whether it would be extended to additional sports or future events was to be decided after that date.

In the 1988 Seoul Summer Games, tennis was open to all professionals. Changes continued to follow. The IOC allowed professional basketball players to compete in the 1992 Games in Barcelona, launching stars like Michael Jordan and Magic Johnson into a legion of amateurs. In 1998, the Nagano Games officially opened its doors to all professional hockey players.

Professional athletes weren't given the green light all at once, and many entities — the IOC, international and national sports federations, chiefly — all had to sign off before they could, and it wasn't overnight. Sport by sport, the changes took place.

Even into the new century, the rules were still changing. It wasn't until June 2016, per Vice, that boxers became eligible to compete in the Games.

Even if they're eligible, pro athletes are still beholden to their leagues' and teams' whims. Each sport operates on its own schedule, which complicates the games for some.

The NHL announced in April 2017 that its players would not be competing in the PyeongChang Games this February after the league and the IOC had failed to reach any agreements on the participation conditions. Whereas other sports like basketball and baseball are naturally on break during the Olympic Games, hockey is deep into its season.

Among the reasons Olympic participation is unfavorable to the NHL are the costs of attendance (which the IOC is no longer paying for), injury costs, fan disapproval of the mid-season break, and impact to teams in the playoffs.

But hockey fans will still get their fill of the sport, whether or not their major league faves are on the ice. And there are plenty more incredible athletes, from all corners of the winter sports world, in this year's lineup to fangirl over.