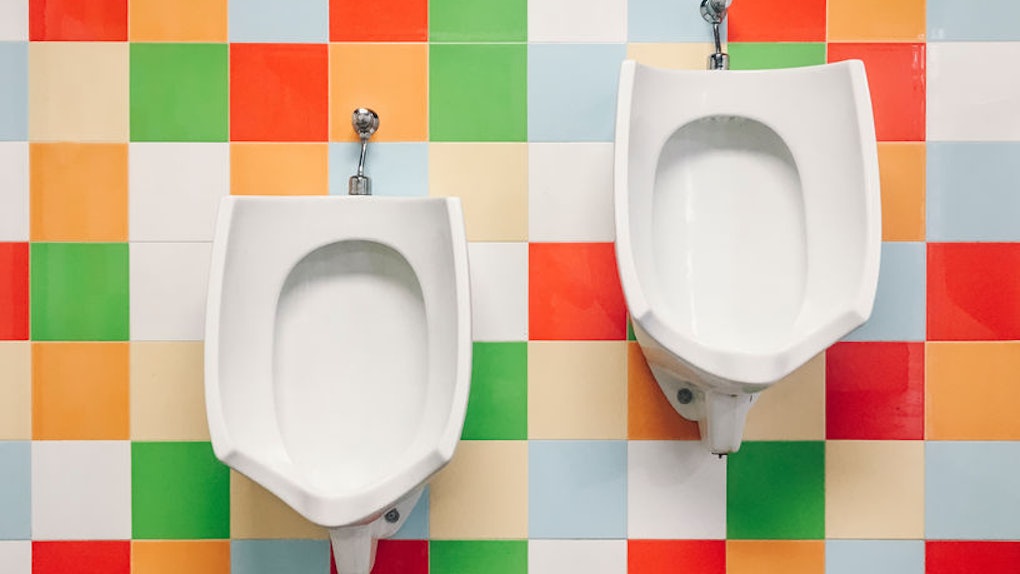 Can Men Get UTIs After Sex? You Won’t Expect What Doctors Have To Say

When it comes to the battle of the sexes, there is one (and only one!) point on which I am willing to concede: Post sex UTIs. In this particular arena, dudes have us ladies beat. Chances are, you’ve heard that the first thing you should do after having sex isn’t to snuggle up — it's to head to the bathroom and pee, lest you end up with a post-sex prize in the form of a UTI. At least that's what I've been led to believe. But is that actually true? What about men? Can men get UTIs after sex too? In other words, should we all be lining up to use the bathroom after "doing it"?

In order to answer this question, I reached out to urologist, Dr. Daniel Mazur. I wanted to know if UTIs are, in fact, something that men should be concerned about. Not only because UTIs are huge bummers that are best avoided, but also because I was curious as to whether or not there are additional health concerns that their partners should be made aware of. For instance, is a UTI something that you can pass along during sex? The more I thought about it, the more I realized how little I knew about the subject. Fortunately, Dr. Mazur is an expert, and here's what he had to say.

Can men develop a UTI from sex?

According to Dr. Mazur, men can develop a UTI from having sex, but are much less likely to do so than women. As he explains, it all comes down to anatomy. “Most UTIs occur from pathogenic bacteria entering the urethra and making their way to the bladder," he revealed. "Men have a significantly longer urethra which may make it harder for bacteria to enter the bladder.” This is why women, with our short urethras, are far more likely to develop UTIs. So, yeah, that’s fair. Ahem. That blows!

Can a UTI be passed on to their partner?

Taking steps to protect your health during sex should always be a priority (condoms, folks, use ‘em!). So, the question is, are UTIs also something you should be concerned about transmitting or contracting from sexual contact? In other words, are UTIs contagious? Dr. Mazur claims that, at least theoretically, they are. “Sex can help introduce bacteria into the urinary tract,” he says. “The transmission of a symptomatic UTI between healthy partners is generally thought to be very low.” Still, he agrees that you should be using condoms to decrease the chances even further.

Should men always pee right after sex, too?

While the likelihood of developing a UTI from sex is much lower for men than it is for women, Dr. Mazur says it's still a good idea for men to pee after sex, too. “Given how bacteria normally enter the lower urinary tract, voiding is often considered a defense against UTIs,” he says. But really, the most common reason men develop UTIs is because they are “not emptying their bladder” and catheters.

So, there you have it, folks. Yes, men can get UTIs from sex, but it's uncommon. When in doubt, use a condom — actually no, make that always wear condoms. And if you need a silver lining, well, at least now you know that you won’t have to share all of your cranberry juice.