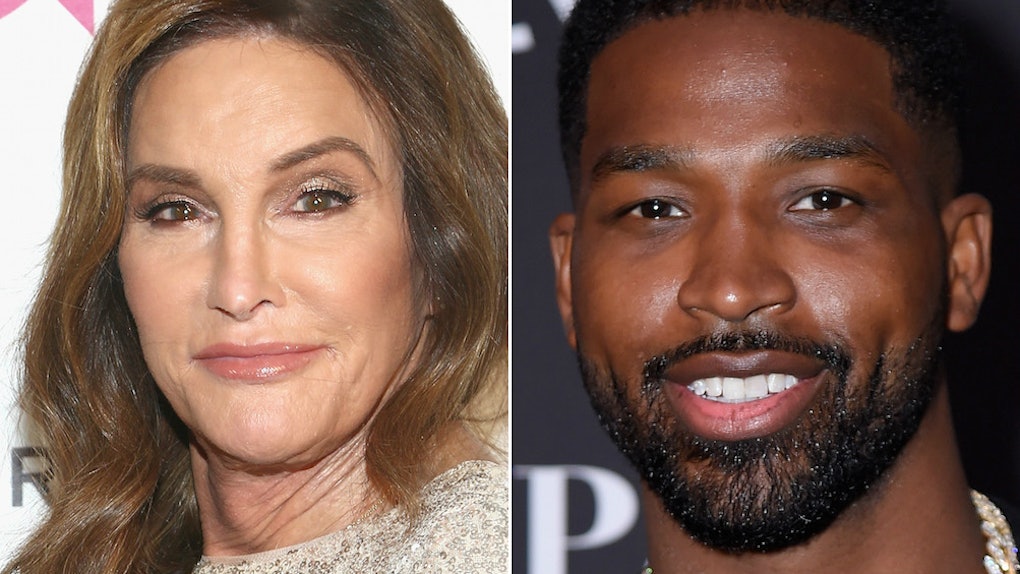 Tell us how you really feel, Caitlyn! Father's Day 2019 has come and gone, with lots of our favorite celebrities posting to their various socials about their own father figures. Caitlyn Jenner took some time out of her day to honor her own father, as well as the other fathers in her life, but she left one person in particular out: Tristan Thompson. Yup, Caitlyn Jenner's Father's Day Instagram shaded Tristan Thompson in a pretty subtle, but clear, way. The shade, honey. I live.

Jenner, like lots of the women of the Kardashian/Jenner family, posted on Instagram celebrating all of the dads in her life. Her Instagram post not only listed all of those people by name, but also by photo, showing off some of Jenner's favorite shots of the men (both with and without their children). The first photo was of her own father, who was a World War II veteran. Then was a photo of her son, Burt Jenner, with his child, her son Brandon Jenner with his baby, then came a shot of Kanye and North West, Rob and Dream Kardashian, Travis Scott and Stormi Webster, and Scott and Penelope Disick.

Not pictured or mentioned: Tristan Thompson, and by extension, True Thompson.

True not being included in the photo series shouldn't be taken as any shade toward her, though. Out of the 10 Kardashian grandchildren, only four are included in Jenner's post, so it doesn't seem like she was intentionally shading Khloé Kardashian's daughter or any of the other grandkids. That exclusion of Thompson, however, is hilarious if she did it intentionally.

Kim and Kourtney Kardashian, as well as Kylie Jenner, popped into the comments section of this post with various Father's Day wishes.

Fans in the comments section were quick to notice Thompson's absence here.

"She talked about the great fathers. Of course tristan isn't included," one fan wrote.

"For those who’s askin 'wHaT aBoUt TrIsTaN?' Like c’mon who tf cares about that cheater," another brutal comment read.

Some people were confused as to why Thompson was left out of the post. To be fair, the comments suggest that there was a different version of this post at first that didn't include Scott Disick. Jenner seems to have updated to include the Disick and Penelope. Maybe Thompson wasn't included because Jenner straight-up forgot. Then again, Jenner seemingly fixed her post when it looked like she forgot to include Disick, and that update did not include the inclusion of the NBA player. And it's not like people weren't pointing out Thompson's absence as much as they were Disick's...

Oof, it looks like Caitlyn Jenner said what she meant to say. Happy Father's Day...?