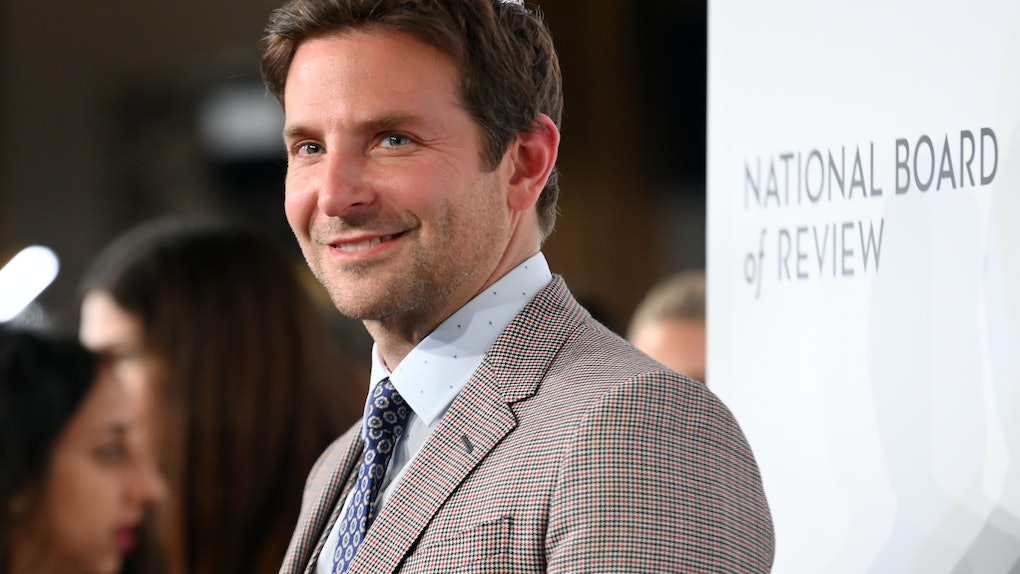 It was a morning worthy of a hearty "Shallow" reprise when A Star Is Born scooped up eight Oscar nominations on Jan. 22. While leading stars Bradley Cooper and Lady Gaga both earned acting nominations, Cooper was left out of the running in the Academy Awards' Directing category. We all know Lady Gaga credits Cooper with her success on the film, but some fans clearly feel just as attached. Bradley Cooper's Best Director Oscars snub has followers grieving on Twitter, so I guess Jackson Maine just can't catch a complete break.

Although its eight nominations are certainly worth celebrating, Cooper being snubbed for his directorial debut was the subject of many cinephiles' post-nominations rants. Earlier in the awards season, he scored Best Director nods at the BAFTAs and the Golden Globe Awards. His creative motivation was also the original driving force behind yet another remake of Hollywood's classic rags-to-riches story of A Star Is Born. While Cooper was recognized in the Lead Actor and Adapted Screenplay Oscar categories, his absence in the Directing lineup might be the result of Hollywood directors' reluctance in rewarding first-time filmmakers.

As Entertainment Weekly explains, only the directing branch of the Academy of Motion Picture Arts and Sciences vote on the nominees of the Best Director category before the entire Academy votes on who wins. Because of this, first-time directors will rarely earn recognition, and the case of an actor-turned-director's snub was recently seen in 2013 with Ben Affleck's Argo. Although he lacked a Best Director nomination, Affleck reached the Oscar stage when Argo won Best Picture. Could a similar situation play out this year with Cooper?

It's too early to say, but for now, fans are mourning Cooper's chance of taking home an Oscar for Directing.

In the past, Cooper has been vocal about the difficulty he faced in working on the beginning stages of A Star Is Born. For Lady Gaga, he might have been that one special person to believe in her, but it sounds like he had to be that strong believer for himself. He told W magazine last year:

People I care about, who care about me, told me not to direct A Star Is Born, said that it would be too difficult and I should start with something easier. Luckily, I didn’t listen. I loved that it was really, really hard to make this film. Otherwise, it wouldn’t have the same value. And that’s always been my goal: to make something, no matter how challenging, that will be remembered.

He may not have the title of a nomination, but Cooper has definitely made his mark through the impact of A Star Is Born. While we'll have to keep our fingers crossed for a possible Oscars acceptance speech from him, there is a chance that he'll perform the nominated "Shallow" alongside Gaga during the ceremony. The Academy certainly owes us that after this snub, right?

More like this
Where Is The 2021 Oscars Ceremony Being Filmed? The Location Is So Different
By Umber Bhatti
Here's How To Stream 'Nomadland' So You Can Finally Get The Hype
By Rachel Varina
'Shiva Baby' Director Emma Seligman Is Making Films For Her Generation — EXCLUSIVE
By Abby Monteil
Stay up to date