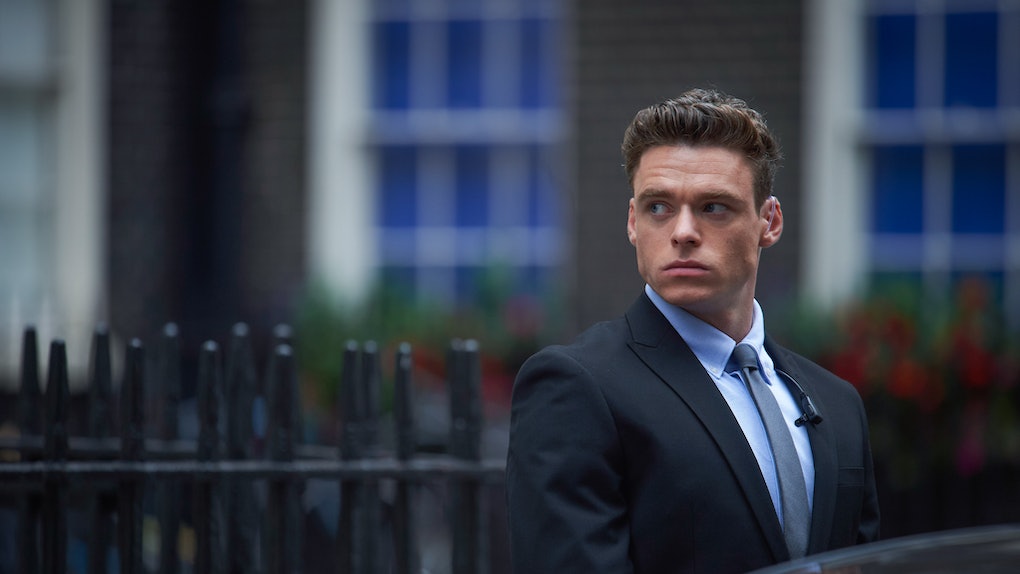 'Bodyguard' Season 2 Is Definitely A Possibility, According To The Show's Creator

One of Netflix's biggest surprise hits of 2018 was a little BBC co-production called Bodyguard. The series, from Line of Duty creator Jed Mercurio, starred Richard Madden as an all-business working-class police officer named David Budd. He's a combat veteran who works as a Principal Protection Officer (PPO) at Protection Command, aka a bodyguard to the upper-class MPs who make the British government run. The story revolves around Madden's charge to protect the current Home Secretary, The Rt. Hon. Julia Montague MP (Keeley Hawes), and the relationship that develops between them. Will there be a Bodyguard Season 2? According to Mercurio, it's looking more and more likely.

At first glance, Bodyguard doesn't look like a show destined for more than a single season. The relationship between Budd and Montague, both separated from their spouses, gets hot and heavy. It's also cut short when the show kills her off halfway through. Budd, troubled by PTSD and fueled by class resentments, is set up to look like the man who did it.

By the series finale, Budd manages to clear his name and winds up back in the arms of his estranged wife in the process. But the real ending comes when he walks into the veterans affairs office to see a therapist and admits he needs help to live a normal life again.

Where can the show go from there? It's not clear. What is certain is Netflix reported as part of its Q4 earnings the show was one of a small group of international co-proroductions that brought in upwards of 10 million viewers apiece. Moreover, Bodyguard's ratings in the UK reached highs not seen since Downton Abbey. With numbers like that, the chances of the BBC working with the streaming service to put together a second season are high.

At first, Mercurio seemed a little surprised at talk of a second season, but when talking to INTV recently, said he was now far more optimistic about it.

It would be great if there was a second season. We’d love to do more. We appreciate there’s a real hunger from fans to watch it. There are a lot of logistics in terms of setting up a second season and we’re just working through those.

Bringing back Madden for a second round of guarding the rich and powerful of the British government will most likely have to be done quickly if the BBC and Netflix want to do it at all. Rumor has it Madden is next in line to take over the role of 007, James Bond when Daniel Craig hangs up the license to kill in 2020. If that comes to pass, chances are his Bodyguarding days for the BBC will be over.

Meanwhile, fans can watch Bodyguard streaming on Netflix, while Mercurio's other hit show, Line of Duty, will be arriving on the UK streaming service, Acorn TV, next month with Season 5. Richard Madden will next be seen playing record manager John Reid in the Elton John biopic Rocketman, in theaters in this May.