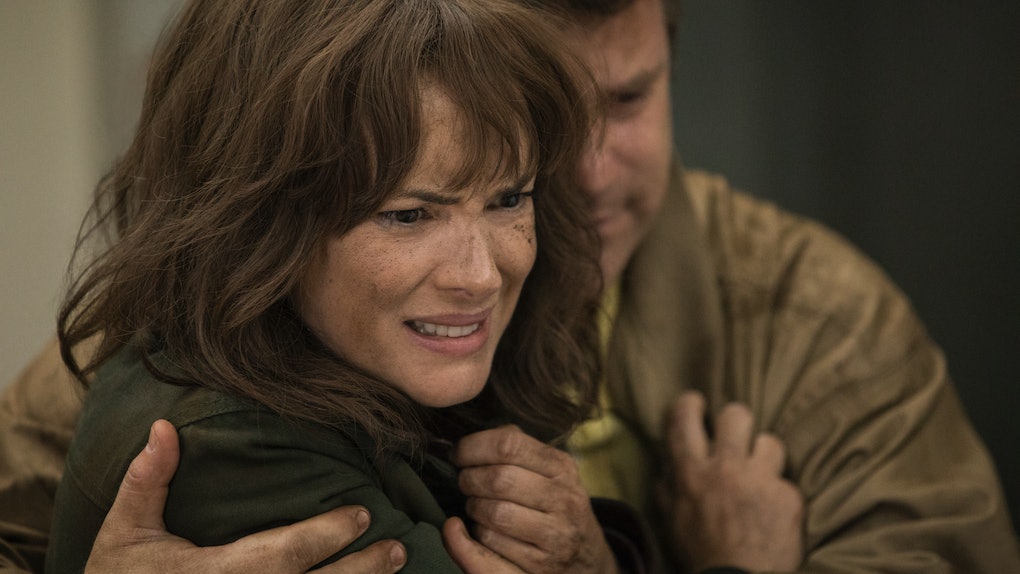 Stranger Things Season 2 is back, folks, and as the show's creator, Matt Duffer promised last year, it is "a little darker, and a little weirder" than Season 1. WARNING: This post contains SPOILERS for Season 2 of Stranger Things. In addition to its thrilling, dark, and weird moments, though, Season 2 of Stranger Things has its fair share of sad moments, like Bob's death scene. Indeed, Eleven learning about her past and finding her birth mother are real tear-jerkers, and it's not possible to keep your eyes from misting when Dustin's mom is looking for her baby Mews, but none of those moments compares to the heartbreaking scene where Joyce's boyfriend Bob dies after heroically trying to stop the Demogorgons from escaping Hawkins Lab.

As tear-jerking as it is, though, it was bound to happen. Let's be real for a second, shall we? Bob was doomed from the very beginning. We all saw it. As soon as he walked out in that vampire costume, I knew he was dead meat. It's almost as if the writers of the show created him just so they could kill him off and break our fragile hearts. I mean, right off the bat, it's obvious the poor guy doesn't have what it takes to survive the Demogorgons and make it to Season 3 and, low and behold, he doesn't. Nevertheless, it's hard not to fall in love with Bob's goofiness and his love for Joyce, so, naturally, fans of the show are crushed that a Demogorgon feasts on his insides like he is a human piñata and his organs are red Starbursts.

At the end of the day, this is Stranger Things we're dealing with, so we had to see this coming. There is no way we could have made it a full season without a blood sacrifice in the name of good television. Alas, our hero Bob and his JVC are gone, but never forgotten. If there is one silver lining to Bob's death, though, it's that now Joyce is single and Hopper can make a move. I guess we'll have to wait and see what Season 3 has in store for them.

Recently, ahead of the season's release on Netflix, the Duffer brothers (the show's creators) spoke briefly with Entertainment Weekly about the new faces that appear in Season 2. The co-executive producers confirmed four new characters would appear in the show's sophomore season. They said, "There’s going to be a lot of new and interesting dynamics that we didn’t see in Season 1." The four new characters turned out to be Kali, Max, Billy, and Bob, and little did any of us know how big of a role they would all play in Hawkins this time around.

Obviously the "new and interesting dynamics" the Duffers spoke of earlier this year make for much of the storyline and conflict of Season 2. Indeed, Max definitely shakes things up with the boys' party, Billy makes for a ton of unnecessary tension, and it's adorable to see Joyce with a boyfriend. On top of that, if it weren't for Kali, who knows if El would have been able to close the gate to the Upside Down in the climactic finale. Now, the only thing we can hope for is that we see more of Kali and Max in Season 3... and I guess Billy, so long as he comes back with a better attitude and a haircut.

Until then, enjoy bingeing Season 2 over and over again.

More like this
6 ‘Schitt’s Creek' Spinoff Ideas That Are Simply The Best
By Rachel Varina
In 'Riverdale' Season 5, Toni Topaz Is The Black Superwoman Without A Cape
By Erika Hardison
These Movies & TV Shows Starring 'Shadow And Bone' Actors Are Far From Ravka
By Ani Bundel
Stay up to date