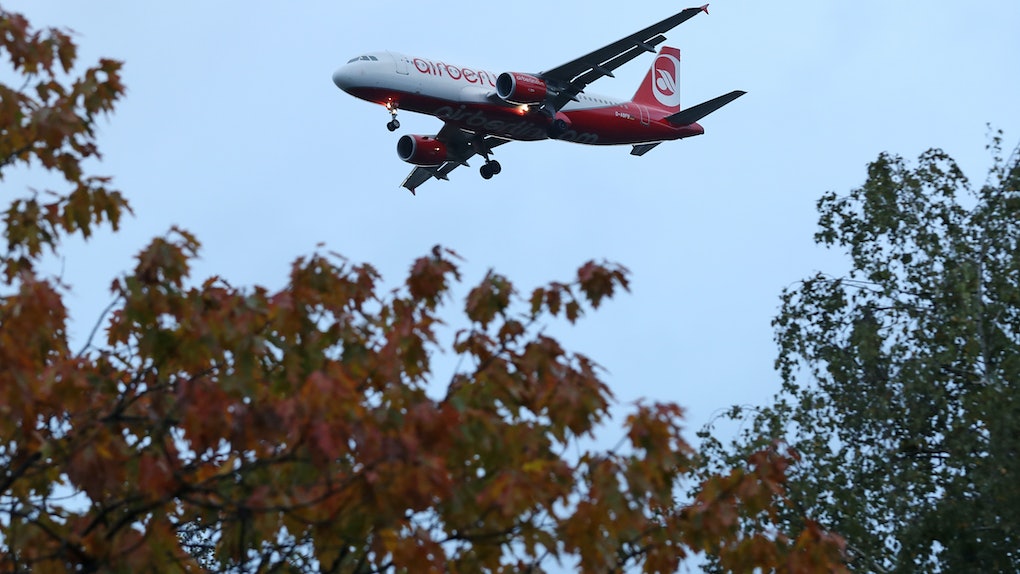 Black Friday Flight Deals Will Have You Packing Your Bags ASAP

If you've been quietly planning your dream vacation for months, but don't have any of the cash to make it happen, boy, do I have some good news for you. There's a ton of dirt cheap flights hitting the internet this week, and it's about to fulfill all your secret wanderlust-y dreams. Here's 19 Black Friday flight deals that will make you feel like Julia Roberts from Eat, Pray, Love... in the least pretentious way possible.

Get ready to put on that red lipstick you're too scared to wear in public, and start practicing the phrase, "une crêpe nutella, s'il vous plaît" (believe me, you'll need it). You can snag a flight from New York City for $225 via Norwegian Air and grab a one-way $99 ticket from Cleveland courtesy of WOW Airlines. Bon Voyage!

Brush off your very best British accent and get ready to drink all the ciders at all the cute pubs. Tickets to London are crazy cheap, especially if you're flying with WOW Airlines. You can snag a ticket for the low, low, low one-way price of $99 from Pittsburgh, $99 from Cleveland, and $179 from Boston. If you're lucky enough to live in either of those three cities, you should probably hop on those deals ASAP. London is calling, after all (sorry, had to).

Also, if you're a Friends fan, this could literally be you.

If you're looking for a very chilly yet incredibly scenic vacation, you're going to definitely want to grab some of these Iceland flight deals. Bring all the layers, and pick up a flight from WOW Airlines for $99 from Washington D.C., $99 from Chicago, $99 from Pittsburgh, and $99 from Boston. Based solely on scrolling through Google images, I can pretty much guarantee that this will be your most Instagrammable vacation yet.

OK, so this is obviously a broad category here, but if you're looking to travel to any part of Asia and need to fly on a budget, head over to Air China's website. They're selling plane tickets for 15% off all round-trip purchases from the United States. It will admittedly not be a huuuuge dent in a plane ticket BUT I feel like the superior food and beautiful scenery will more than make up for it.

Want all the charm of Paris, but in a smaller, more intimate package? Head to Brussels where you'll still be able to work on your (potentially rusty) French and get the chance to experience a very quaint, easy to navigate European city. Tickets from WOW Airlines go from $99 from Pittsburgh, $99 from Chicago, and $99 from Boston. You can also snag a ticket for $454 via Finnair, if you're flying out from Dallas.

You're going to have to dig a littttle deeper into your pockets for this deal. Delta is offering discounted tickets to the Azores, truly gorgeous islands in Portugal. Seriously, look it up — it looks almost too pretty to be real. You can fly round-trip from New York City to the Azores for $599 and from Boston to the Azores for $559. *Sigh.* This one makes it very tempting to just buy a one-way ticket and call it a day.

Feeling a little bit adventurous? Want to ride a bike, hit up some windmills, check out some amazing museums, and participate in some potentially PG-13 activities? Amsterdam is definitely calling your name. WOW Airlines is once again bringing it with some amazing one-way deals, including $99 from Pittsburgh, $99 from Boston, and $99 from Cleveland. If you're flying out of Houston, you can grab a ticket for $492 via British Airways.

There you have it. Now, go live your best, budget-friendly, wanderlust-y life. Do Julia Roberts proud.