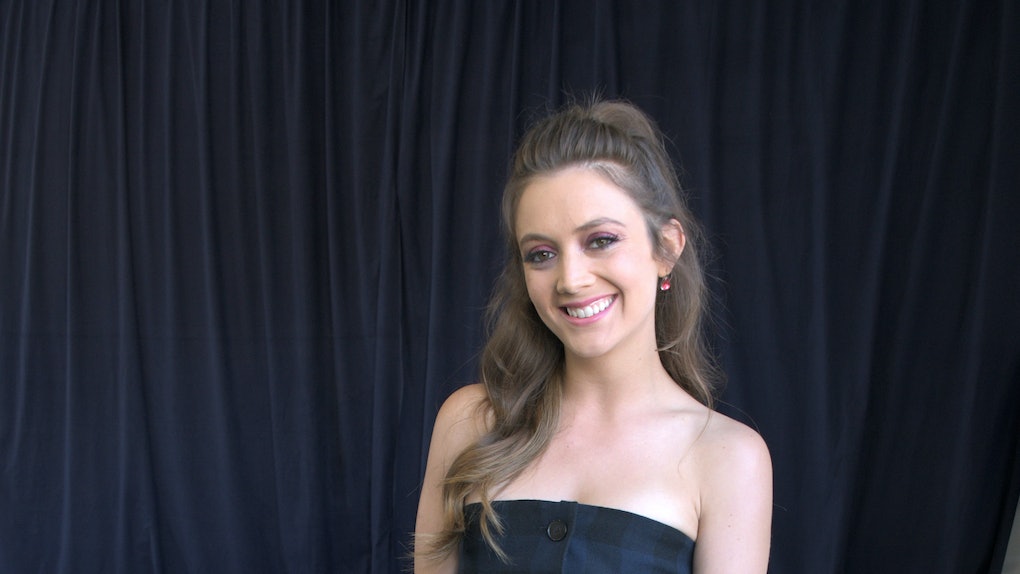 Another generation has been added to a true Hollywood dynasty. Billie Lourd announced on Instagram on Sept. 24 that she's a mom, after keeping her pregnancy secret from the public. But, the new baby wasn't the only surprise she had to share. Billie Lourd's first baby's name honors her mom, Carrie Fisher, in a really sweet way.

Since Lourd had never announced her pregnancy, the news that she's now a mother was a real bombshell to fans. Lourd made the surprise birth announcement on Instagram with a photo of her newborn son's feet. She captioned it, "👑💙👑Introducing: 💙👑💙Kingston Fisher Lourd Rydell💙👑💙."

Lourd's baby's name carries a lot of meaning. His two last names are for his parents, Lourd and her fiancé Austen Rydell. His middle name, Fisher, is a direct homage to Lourd's mother and his grandmother, the late actor Fisher, who died unexpectedly at the age of 60 in 2016.

Kingston Fisher's famous lineage goes even further back than his grandmother. His great-grandmother was Singing In The Rain and Halloweentown star Debbie Reynolds. Lourd's Instagram is filled with tributes to both Reynolds and Fisher, so her new photo of Kingston fits in perfectly.

Kingston Fisher's arrival comes a few months after Lourd and Rydell got engaged in June, after about four years of dating. Rydell announced their engagement on his Instagram with a bunch of happy photos of the couple. He wrote in his caption, "💍💍💍She said YES!! (Actually she said 'Duhhh') But I guess that’s even better than yes?!? 💗🤪🎉🎰💥🍾"

Lourd's love for Rydell shines through her Instagram as well. She posted about Rydell on his birthday, saying, "🎉💑🎉Happy birthday to my #quaranteenagedream@avstenrydell#iloveyouisanunderstatement !!! 💝❤️💖💜💓💙💗💛💘🧡💚💞🖤💕" and on his birthday in 2019, she called him the love her life. Her Instagram caption that year reads, "❤️🎉❤️ Happy birthday to the love of m’life! You make all of our adventures feel like home. Iloveyouiloveyouiloveyou." Kingston Fisher is clearly joining a family that is full of love.

Lourd was last seen on screen in Star Wars: The Rise of Skywalker. That role was another way she honored her mother, who played Princess/General Leia in the iconic movie franchise. Perhaps one day Kingston Fisher will continue their family's legacy with an acting career of his own.