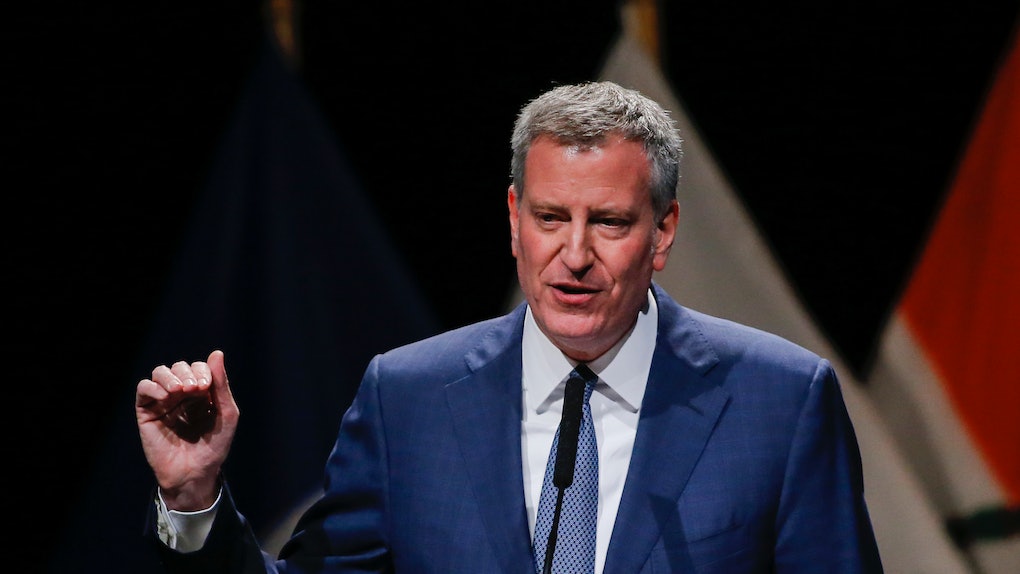 Well everyone, it looks like there's a new development in this 2020 presidential race. As the election draws closer, the number of Democrats announcing their bid for presidency keeps growing. The latest to enter this game is New York City Mayor Bill de Blasio, whose 2020 presidential campaign video announcement made his approach to the race pretty clear. Welcome to the game, Mr. Mayor.

On Thursday, May 16, New York Mayor Bill de Blasio announced that he would be running in the 2020 presidential race as a Democrat. De Blasio broke the news through a three-minute video on YouTube, titled "Working People First." In the video, de Blasio takes viewers on a tour of his home of Manhattan, New York and emphasizes that he plans to focus on improving the lives of middle class workers.

Doesn't matter if you live in a city, or a rural area, a big state, a small state, doesn't matter what your ethnicity is, people in every part of this country feels stuck, or even that they're going backwards, but the rich got richer.

Later in the video, de Blasio addresses President Donald Trump, saying that he's believed for a long time that Trump is a "bully" and claims he "knows how to take him on." The New York mayor also addressed the Trump administration's controversial political moves, such as withdrawing from the Paris Climate Agreement as well as separating migrant families at the United States-Mexico border.

Watch the video and see for yourself:

De Blasio has served as mayor of New York since 2014, and was re-elected in 2017. He previously served Public Advocate for New York starting in 2010, and was a head staffer on Hillary Clinton's 2000 Senate campaign. In 2002, he joined the New York City council, where he represented Brooklyn's 39th district.

In the video, the New York mayor touted some of his accomplishments. including initiatives such as a $15 minimum wage, paid sick leave, guaranteed health care, and free pre-kindergarten enrollment for children, which he notes in the campaign video. As a part of de Blasio's health care for all initiative, 600,000 uninsured New Yorkers will be able to visit the city's public hospitals and clinics to receive assistance with health issues, substance abuse services, mental health services, and more.

The campaign announcement hasn't been too warmly received by the president (unsurprisingly). In a tweet on the morning of May 16, Trump called de Blasio "a joke." In response, de Blasio retweeted the president and called him "Con Don." If this is where this campaign starts, I think we're guaranteed a wild ride.

De Blasio is joining other Democratic candidates including California Sen. Kamala Harris, Massachusetts Sen. Elizabeth Warren, South Bend Indiana Mayor Pete Buttigieg, and quite a few others that plan to take on Trump in 2020. However, now that de Blasio has entered the race, it looks like Trump isn't the only New Yorker in the running.

Before we know it the 2020 presidential election will be well underway, and judging by these candidates, it sounds like it's going to be quite the showdown. Get ready, everyone.