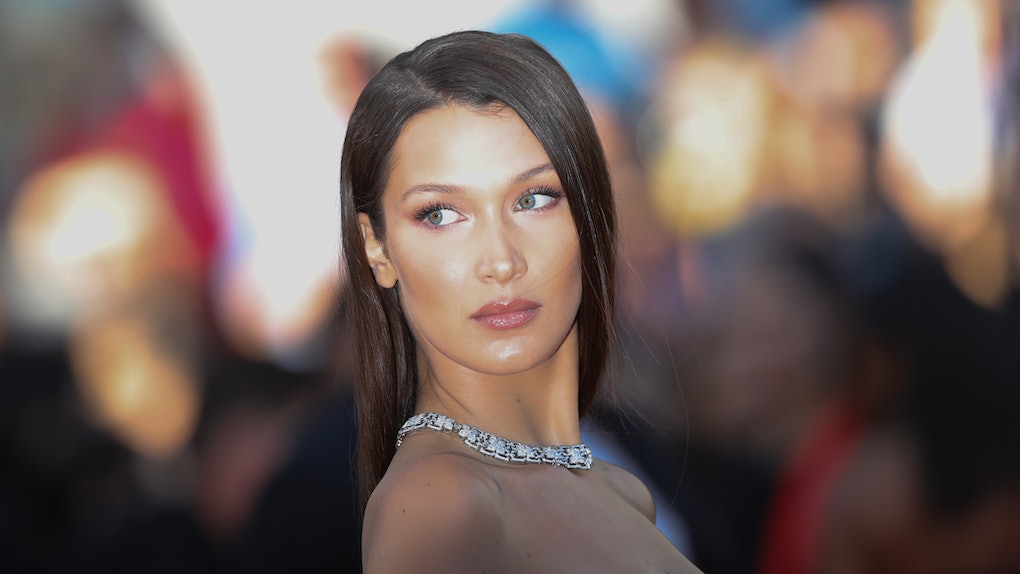 Have you ever had a pizza craving just when you’re about to board an airplane? Apparently, Bella Hadid had a serious need for pizza recently. So serious that she committed herself to bringing pizza as a carry-on for the duration of her flight. Yeah, Bella Hadid sent pizza through airport security just so she could eat pizza in peace. And she did it first class, too!

Over the weekend, Hadid found herself wanting a few slices of pepperoni pizza while she was waiting to board a private jet from Monte Carlo to London. So, what did she do? She took those pizzas right along with her and sent them through airport security.

And, as one does, Hadid documented the unusual experience in an Instagram story. In the video, Hadid showed two pizza boxes being passed down the conveyor belt in a TSA bin. Next to it was another bin with her carry-on luggage.

“I will forever remember the first time I had to send my pizza thru security,” Hadid wrote in the caption.

I’m sure the experience was just as memorable for the people working airport security. They’ve probably seen far more unusual occurrences in their time, though!

A second video in her story showed the pizza, now safe and secure on the plane, being snatched up by Hadid’s friends.

Now, if that doesn’t look like loads of fun, then I don’t know what is. I mean... pizza, private jet, hanging out with Bella Hadid. All that definitely sounds like a great time.

Hadid is reportedly traveling to London for the launch of the Dior Backstage Collection, which is a makeup collection that celebrates and accentuates natural beauty.

In an interview with Allure, Dior Makeup creative director Peter Philips explained that some of the collection’s contouring palettes are based on Hadid’s preferences:

Bella is a master of contouring and these are actually based on the shades that she likes to use.

The palette in reference here includes two matte powders for contouring and two luminous powders for highlighting. So, now the world knows how Hadid gets her famous look.

And thanks to the whole pizza-at-the-airport saga, everyone also knows that she and her friends give in to their cravings — just like normal folks!

But that’s no secret, really. Hadid is as famous for sharing pics of junk food as she is for her modeling career. In the past, Hadid has been seen on social media enjoying burgers, grilled cheese sandwiches, french fries, and fried chicken. She’s even managed to get Kendall and Kylie Jenner in on the fun.

Hadid will be gracing the June/July cover of Harper’s Bazaar. In an interview for the magazine, which was conducted by her sister Gigi Hadid, the model set to rest rumors that she’s a party girl:

People think I’m such a party girl, but that’s a thing of the past. I can’t wait to just sit on the couch this weekend! Now that our careers have gotten to the heights that they have and our job is to be around people all day and go to parties, the last thing I want to do on a Saturday night is go out. I just want to be around people who love me. Like you and I play video games, watch movies, paint pottery — all the stupid sh*t we used to do back in our childhood before we became Gigi and Bella.

Listen, even if she’s not a party girl, staying at home and playing video games sounds like fun, too!