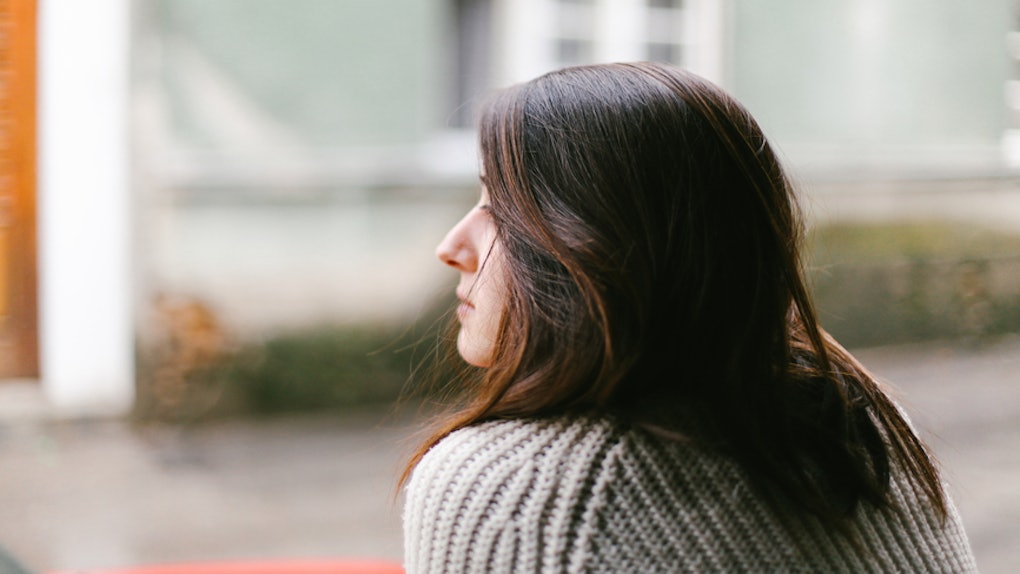 Before I Started Having Casual Sex, Here's Everything I Wish I Would've Known

When I started having casual sex, I was so vulnerable in so in many ways. The people I had sex with were older than I was, more experienced than I was, and all of them were men. Because of this power imbalance, I believed that the only thing I had to give of worth to them was my body. Society had taught me that I was the one who was worthless, and sex was the only way I could prove my value to them. I wish that I had known my inherent value then, as well as the truth that every single person is deserving of tenderness.

As a society, we are deprived of tenderness. This drives us to do all sorts of harmful things: accumulate more wealth than we need, hoard resources, enact violence, and live our lives from a place that is driven by fear. Everybody feels this influence, but how you experience it changes, depending on how much privilege you have in society. If they don't stay grounded, those who have a great deal of wealth, resources, and celebrity status learn to perpetuate this lack of tenderness by treating others as disposable. No one should ever be treated as though they don't mean a great deal. I wish I would've known that and more...

As I'm writing this, I can feel trauma from the early casual sex I had rising to the surface. For my formative years, the only way I ever had sex was casually. I didn't have a boyfriend until after I finished college. Because the sex I engaged in was outside of the context of a relationship, I thought that gave people the right to treat me like I was disposable. I expected to be placed in situations that made me feel like I wasn't deserving of care. That's the precedent that rape culture instilled in me, and as a society, we see these deeply entrenched beliefs play out every day.

Casual sex is not supposed to be disrespectful. Casual sex is supposed to be like any other form of sex: a joyful and mutual union, an exchange of loving energy. Everything about it is supposed to be reciprocal, because it is about sharing a body with another person. That access, whether it occurs in a relationship that has lasted years or a single night, is a privilege to be treated with unconditional reverence and respect.

I've seen a lot of people react to the idea of communicating consent like it's a turn-off. These are the same people who think that just because somebody doesn't say "no," that means that they have given verbal consent. It's actually incredibly arousing to be asked, "Would you like to have sex tonight?" Because really, what is sexier than having a choice?

Of course, you sometimes don't know that you are taking advantage. The only way to know whether or not a person feels comfortable is if they tell you. If they don't say anything, it's because you haven't given them an opportunity to speak. That's what power imbalances do: They make "weaker" people feel like they don't have a voice.

In an equitable relationship, the person who might have more power than the other takes a big step back to give their partner room to speak. It really is as simple as asking a question and giving someone time to respond. Just because sex is casual, doesn't mean it isn't serious.

4. Casual Sex Is Still A Form Of Tenderness

Something stops people from associating casual sex with tenderness. It's like they think you have to get married before you can be soft and tender with each other, or like expressing love establishes some non-negotiable social contract. People are afraid to associate casual encounters with love, because the ideas of love they have are twisted in the first place. People who approach sex with the idea that they are receiving pleasure, rather than giving, do so out of a sense of personal lack. They lack love, and when they project this feeling of lack onto their partner, they do a great deal of harm.

There's no reason on earth why love should be kept separate from sex. The more we, as a society, treat love like some coveted resource that you can only access through commitment and long lengths of time together, the more we reinforce the idea that love is a scarce resource. That isn't true. But the more you go looking for lack, the more lack you will find.

The more we believe in love's scarcity, the more we deprive ourselves of it. That attitude hurts not only ourselves, but one another.