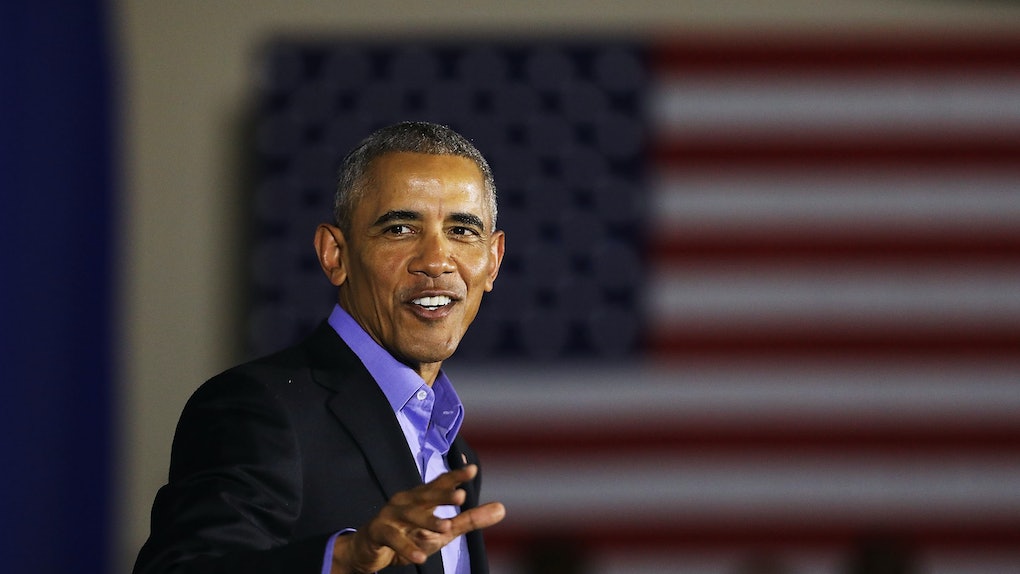 Closing out one year in preparation of welcoming a new one is accompanied by many traditions. There are, of course, many New Year's Eve celebrations, but there are also other ways to take stock of the year that is about to come to an end. "Best of 2017" and "Year in Review" lists have been popping up from many sources over the past couple of weeks, but there is one in particular that might really catch your attention. It comes to you courtesy of former President Barack Obama, and you might be surprised at how Barack Obama's favorite 2017 book and song list could shape your very own reading lists and playlists in the coming year.

Writing that he had some "extra time" on his hands this past year (since he's no longer the leader of the free world and all), former President Obama posted about his 2017 favorites on his Facebook page on Sunday, Dec. 31. If one of your New Year's resolutions for 2018 is to "read more," then you may have just found the beginning and end of your reading list. While it's not surprising that the Harvard Law graduate is such a bibliophile, it's his music picks that really stand out.

The former president listed 21 songs (and one bonus track) that he kept in heavy rotation this past year, and he created quite the perfect mix.

Yep, the former president is jamming out JAY-Z, DJ Khaled, Harry Styles, and Chris Stapleton. Now, Obama didn't number his picks, but the first song listed under his designated "favorite songs of 2017" is "Mi Gente" by J Balvin & Willy William, so it's safe to say that you and the former president were probably both rocking out to that one all summer long, right?

If you need to perfect your playlist for your NYE bash tonight, take a cue from Obama's list:

"The Joke" by Brandi Carlile

"Rise Up" by Andra Day

"The System Only Dreams in Total Darkness" by The National

"Feel It Still" by Portugal. The Man

"Matter of Time" by Sharon Jones & the Dap-Kings

"Ordinary Love (Extraordinary Mix)" by U2*

Bonus: Born in the U.S.A. by Bruce Springsteen (not out yet, but the blues version in his Broadway show is the best!)

Considering that Obama was probably the coolest president we've seen in the Oval Office in awhile, the fact that his song picks are on-trend isn't all that surprising. Although, he did also flaunt his love of "dad jeans" and corny jokes (see: every turkey pardoning during his tenure), so it's good to know that he's still cool where it counts.

His picks are seriously so good, though, that you might even sniff out a new favorite jam — I'm currently discovering (and loving) The National.

Obama wrote in his post that he began this tradition of sharing his annual favorites while he was in office, and he referred to his choices for his personal "Best of 2017" as, "...songs that got me moving to stories that inspired me."

While on the subject of stories, Obama shared 10 titles that he called, "The best books I read in 2017," and he also included two bonus titles at the end for basketball aficionados:

The Power by Naomi Alderman

Evicted: Poverty and Profit in the American City by Matthew Desmond

Anything Is Possible by Elizabeth Strout

Dying: A Memoir by Cory Taylor

A Gentleman in Moscow by Amor Towles

*Bonus for hoops fans: Coach Wooden and Me by Kareem Abdul-Jabbar and Basketball (and Other Things) by Shea Serrano

The former president closed his post by wishing everyone "a happy and healthy New Year." Now that you're armed with expertly curated book and music recommendations from Barack Obama, you can definitely get 2018 off to a great (and rocking) start.