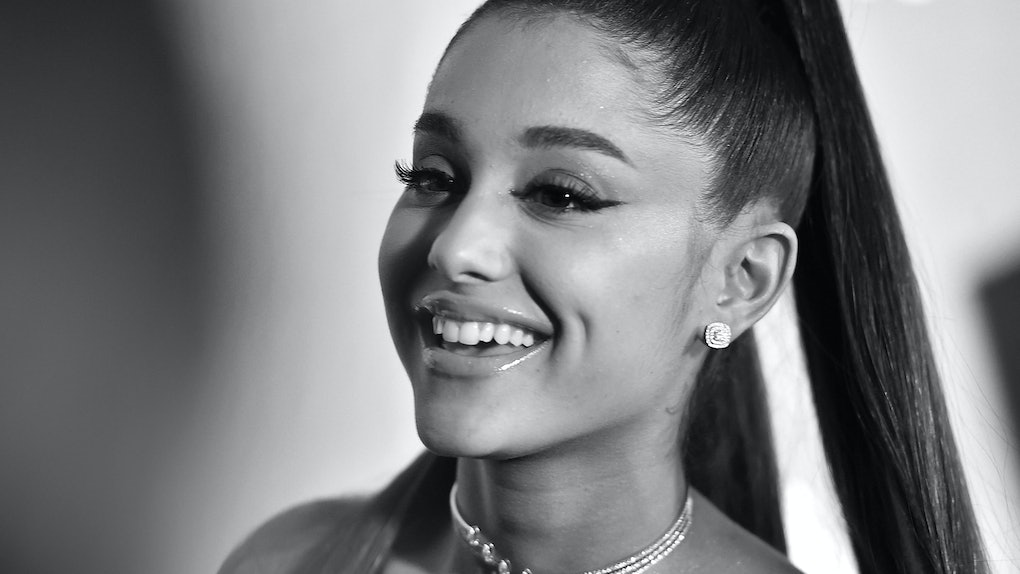 Ariana Grande's Grumpy Baby Photo Is Such A Mood

On Monday, June 10, Grande posted a black and white throwback photo of a very grumpy looking baby Ari and much happier Joan, which she captioned: "happy birthday best friend @joangrande you are the strongest, most generous, funniest and most fiercely compassionate human being in the universe and I'm so grateful to learn from you and to be your daughter."

"HAPPIEST OF BIRTHDAYS to the baddest!!!" replied Monét.

One user wrote, "Can you ask joan if she wants to adopt me??????? I wouldn't mind being your sister PLEASE ASK HER THANK YOU oh and pls hug her so tight while asking. Tell her that this fandom lover her. Thank u, love u."

Another user thanked Joan for bringing Grande into this world: "Mama Grande thank u for gifting us a woman who changed our lives! Ari gave my life a meaning and we are grateful to have her in these bad times." That message is truly touching. If I were Joan, I'd probably be crying a river right now.

In a second birthday tribute, Grande took a more comical approach. She zoomed in on her grumpy baby face and captioned it, "whatever i was going thru in 1995 .... i’m still going thru [sic] it."

She shared the same photo on Twitter with a similar caption, "whatever i was feeling here in 1995 .... it hasn’t been solved yet."

The hilarious grumpy expression is undeniably a mood and her followers chimed in with their own relatable captions.

One user wrote on Instagram, "when my mom calls me down for dinner but it isn't actually ready yet," while another replied, "that's small Ariana saying 'I can't see sh*t.'"

I can't stop laughing because any true Arianator knows Ari is always squinting because she can't see sh*t.

Grande wrapped up the birthday posts to her mother with a bang, posting a four-part carousel of touching videos and photos on Instagram. She captioned the two-video and two-photo compilation, "my best post," and it seriously is.

The first video in the carousel is of Joan singing her heart out to Barbra Streisand and Céline Dion's duet, "Tell Him," while toddler Ari watches on, smiling sweetly. FYI, Mama Grande has serious pipes y'all! Can we get a duet soon?

In the second video, Joan reacts hilariously to a song Grande just played for her. Joan literally cannot contain herself while Grande laughs in the background. The mother-daughter duo seems to have the tightest of bonds and seem like the best of friends. The 25-year old singer has never shied away from honoring her mother through powerful song lyrics and performances. So, it makes perfect sense that Mama Grande's birthday wouldn't be any different.