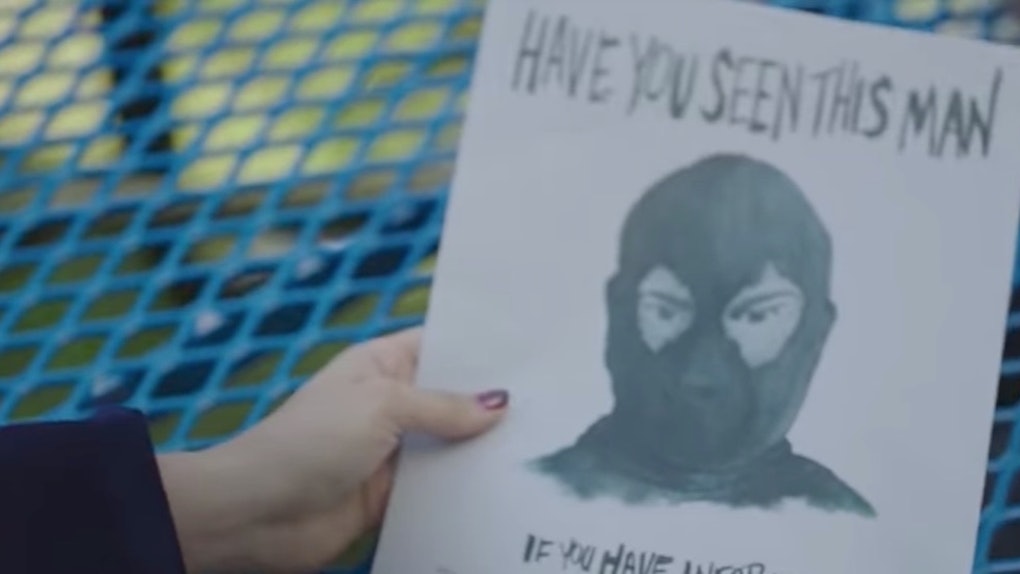 Are There 2 Black Hoods On 'Riverdale'? This Theory Has Fans Convinced & Scared

You know what's scarier than one terrifying masked killer on a rampage? TWO terrifying masked killers on a rampage. Riverdale fans been trying to piece together the complex and frustrating puzzle that is the identity of the mysterious Black Hood of Riverdale for months, and now a fan theory suggests that there might just be more than one culprit involved in this murderous mess. Are there two Black hoods on Riverdale?

Honestly, when it comes to to this bonkers high school drama/crime/noir/whatever you want to call it series, anything can happen. We wouldn't be surprised if Jughead's pet Hot Dog pulled off his fur face Scooby Doo-style and turned out to be the Black Hood. But is there more than one murder-y villain causing brutal chaos and waging war on the sinners of the town? Not exactly. While our dog theory probably won't be the case, Reddit's Harley4L has an idea that is leading us to believe that there's a Black Hood imposter in Riverdale who is piggybacking on the murders in order to mess with Betty Cooper. "I'm fairly certain that the person tormenting Betty is not the same person committing the actual murders. Sheriff Keller states in 2x05 that the two letter's Betty received were in fact written by different people," the user notes. But who could that copycat be?

Harley4L goes on to say that said copy-catter must have a "personal vendetta" against little miss Betty and wouldn't actually harm anyone when it comes down to it. All their signs point to Cheryl Blossom. Wait — what? Cheryl has remained somewhat in the shadows this season and we all know she's consistently manipulating people's puppet strings in order to get what she wants. She's capable of going more than far for personal gain and vengeful satisfaction, but this? Harley4L has a few reasons why the red-headed vixen might not be so innocent here. "We know that Cheryl was very angry at Betty for being blackmailed to speak out in F.P. Jones' favor or else her brother's murder tape would be released. She probably wants to pay Betty back." Still, this seems a little far fetched, even for a vindictive person who burned her own mother in a house fire.

But there's a good point buried in theories like this. The show could totally be pulling a twisted version of Scream on us if the Black Hood is actually two (or more) people either working in tandem or for their own separate agendas, which would make a lot of sense. Sure, there's been a dude in his 40s with unforgettable green eyes running around out there trying to kill people, but that embodiment of the BH isn't necessarily the only suspect. Riverdale residents have a history of skeleton-filled closets, so it would no surprise if someone else was in on this so they could prove a point to one or many of them in a very extreme way. And sorry if we just spoiled Scream for you, but it's been, like, 20 years since it came out.

This Wednesday's midseason finale will hopefully clear some things up, but we'll probably have to endure some edge-of-our-seat nail-biters before the night is up. Christmastime has descended on Riverdale, and it's clearly going to to be ho-ho-horrifying holiday for this seemingly sleepy town.

"I know where this ends. Death," predicts Jughead ominously in the promo for "Silent Night, Deadly Night". Is someone else not going to make it to New Year's? And who is pointing a gun at Betty? Apparently a "showdown with the Black Hood" is on the horizon, so perhaps we'll have some more answers before the holiday hiatus, even if those answers lead to more questions... because the cycle of Riverdale riddles seem to never end.