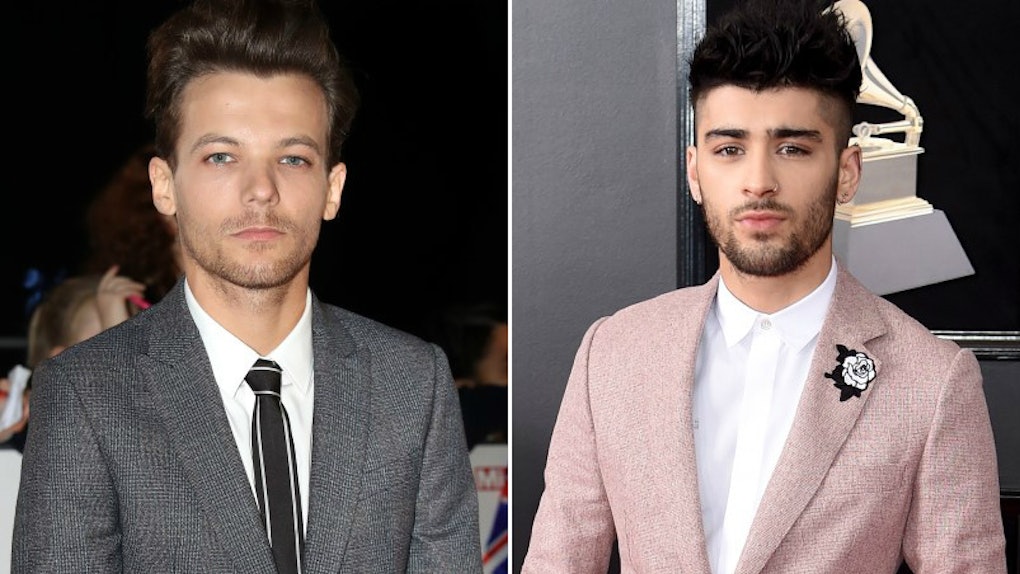 Are Louis Tomlinson & Zayn Malik Friends? Louis Revealed The Sad Reason They Never Made Up

It’s been a couple of years since all the One Direction guys were in the same room together, and now that Louis Tomlinson has released a new single, the old boy band has sparked fans’ interest once again. One thing people are really curious about is whether all the guys kept up with each other, especially Tomlinson and his bandmate Zayn Malik. Tomlinson and Malik reportedly had some kind of Twitter feud way back when, but that seemed to be small-time stuff at the time. Now that the guys have moved on from their One Direction days, fans are curious about whether that feud was ever remedied. So, are Louis Tomlinson and Zayn Malik still friends? Unfortunately, it doesn’t look like it.

In an interview for The Dan Wootton Interview podcast, Tomlinson revealed that his relationship with Mailk was never the same after Malik neglected to attend a performance of his. At the time, which was 2016, Tomlinson was appearing on the X Factor UK to perform “Just Hold On,” a tribute to his late mother Johannah Deakin, who had just died of Leukemia. Malik’s absence from that performance apparently struck a nerve with Tomlinson.

“Truthfully, [our relationship] never really got better,” Tomlinson said. “I had a couple of calls with him after I lost my mum and all the boys had agreed to come to that performance and he didn’t show so that really bugged me.” Elite Daily reached out to Malik’s team regarding Tomlinson’s comments, but did not hear back by the time of publication.

Malik’s absence from the performance aside, though, Tomlinson felt supported by his other bandmates Harry Styles, Niall Horan, and Liam Payne. He talked a little about that during his interview for The Dan Wootton Interview podcast as well.

“It was just seeing everyone there – Harry, Niall, and Liam — that was what I needed that night, that support,” Tomlinson said before adding that he hopes Malik is doing “alright.”

Well, at least Tomlinson felt supported by the rest of the One Direction guys, even if Malik wasn’t there. Whatever happened between Tomlinson and Malik, Tomlinson’s feelings about the situation are understandable. Losing his mom was an incredibly difficult thing for him and it’s an experience he addresses in his new song “Two of Us.” In the song, Tomlinson sings directly to his mother. Here’s a look at some of the heartfelt lyrics:

It's been a minute since I called you / Just to hear the answerphone / Yeah, I know that you won't get this / But I'll leave a message so I'm not alone

It’s clear from the lyrics to “Two of Us” that Tomlinson was deeply affected by his mother’s untimely death (she was only 43), as most people would be. So, it’s easy to understand why Malik’s absence from that period in his life would have an impact on their friendship, at least for Tomlinson.