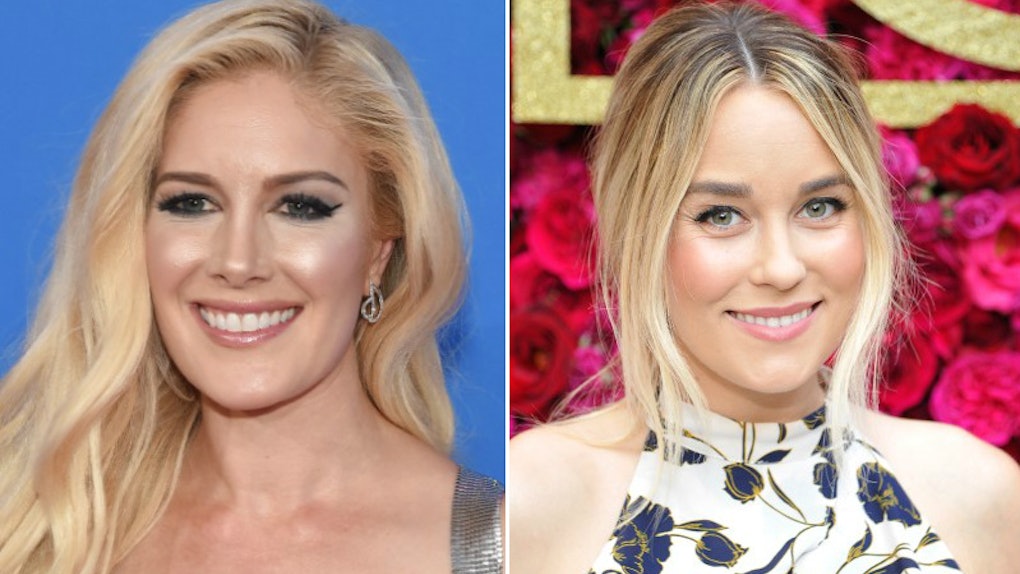 Are Heidi Montag & Lauren Conrad Friends? Here's There Status, According To Heidi

It’s been over 10 years since Heidi Montag and Lauren Conrad were besties, but that hasn’t stopped fans from wondering if there's a chance the two could find their way back to each other. Over the years, fans have theorized that Montag and Conrad would bury the hatchet and reconcile. And as of today, March 5, those fans got an update on that possibility. So, are Heidi Montag and Lauren Conrad friends? Sadly for fans hoping for a reunion, it doesn’t look like there’ll be one any time soon.

In a new interview for Cosmopolitan, Montag opened up about her former friendship with Conrad. In the interview, she revealed that although she thought the friendship would revive itself, it ultimately didn’t.

“Sometimes things happen that will change how you feel about people, and sometimes it’s very permanent,” Montag said. “I thought with Lauren and me, we would’ve been friends again.”

According to Cosmopolitan, Montag seemed “sad, resigned, and a little surprised” as she explained this. How unfortunate. So, what happened to bring down such an epic friendship? To know the answer to that, you have to go way back to 2007 when Montag’s husband Spencer Pratt reportedly started a rumor that Conrad and then-boyfriend Jason Wahler had recorded a sex tape. Montag reportedly took Pratt’s side and stayed silent about the whole thing, which is what ultimately ended her friendship with Conrad.

At the time, Conrad expressed how hurt she was over the allegation in a post on her website.

"I am posting this note on my website regarding the reports that have circulated the internet this morning," she wrote, according to E! News. "Jason and I would like to make it clear that we did not make a tape with us having sex. Jason and I are both shocked and hurt that people would say such horrible things about us. I can't believe that somebody would go to such great lengths to try to damage my reputation."

So, this was a huge deal and definitely the last straw on the camel’s back as far as friendship goes. At least for Conrad.

In any case, all of that old drama is seemingly water under the bridge at this point and Montag is back in the reality show game with a reboot of The Hills. Audrina Patridge, Whitney Port, and Mischa Barton are all joining her, as are Brody Jenner, Stephanie Pratt, Frankie Delgado, Justin (Bobby) Brescia, and Jason Wahler. So, you could say that the nostalgia is in full swing and there’s definitely a lot of ground to cover on the new series. It’s been over a decade, after all, and these people have grown so much since they last graced fans’ screens. The show is bound to make for some riveting television and will probably make a headline or two as well. Hopefully, any serious drama will be kept to a minimum, especially among the old crew.

As for new people, like Barton, there’ll probably be an adjustment period, but she seems up for the challenge.

“I was approached by a million different people for a long period of time,” Barton explained to Cosmopolitan. “It’s weird because I remember going out with Nicole Richie and people at the time, and we would come by set when they were filming The Hills. She would drag me to the producer van to see what you guys had been up to all day. All these years later... it sounds corny, but it felt like this was supposed to happen.”

I guess only time will tell how everything pans out! The reboot of The Hills is slated to air this summer.