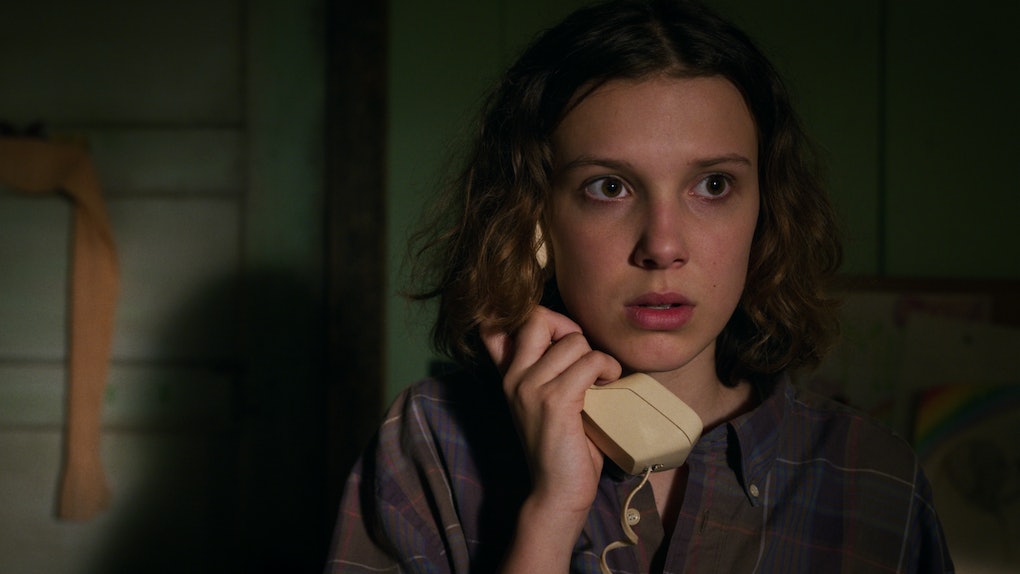 This post contains spoilers for Season 3 of Stranger Things. Following her closing of the gate to the Upside Down in Season 2 of Stranger Things, Eleven has adjusted to life as a normal teenager. Before it became clear that monsters had returned to Hawkins, she was swept up in her relationship with Mike and used her psychic abilities to spy on boys and contribute to surprises for friends. But she was back to using the power of her mind to save the world when the Mind Flayer sent a new monster through town. After a fiery battle against this creation, are Eleven's powers gone? The season ended with her unable to move things with her brain.

Season 3 of Netflix's hit sci-fi drama began in the summer of 1985 when Will (Noah Schnapp) was playing fifth wheel to the couples of Mike (Finn Wolfhard) and Eleven (Millie Bobby Brown) and Lucas (Caleb McLaughlin) and Max (Sadie Sink). Upon Dustin's (Gaten Matarazzo) return from science camp, the group drifted apart as the teen sweethearts began feuding and Will began experiencing signs of the Mind Flayer's return. While attempting to reach his camp girlfriend via his homemade radio tower, Dustin also heard a message in Russian and started investigating its meaning with Steve (Joe Keery), his co-worker Robin (Maya Hawke), and Lucas' sister Erica (Priah Ferguson).

Meanwhile, local bad boy Billy (Dacre Montgomery) encountered the Mind Flayer, becoming its host for its new mission to destroy Eleven and then wipe out all of Hawkins. After Billy lured in victims and the Mind Flayer possessed them, their bodies eventually dissolved and merged to form a bigger, stronger monster intent on hunting down Eleven.

This chase kicked off during the local July 4 festivities when the creature attacked the kids at Hopper's cabin and Eleven tried to fight it off with her powers. The beast grabbed her by the ankle before the others managed to rescue her, and as they later realized, part of the monster had burrowed itself into her leg, weakening her.

After the kids tracked down a post-Russian lair Dustin, Steve, Robin, and Erica at the mall, Eleven eventually summoned her bit of monster from her body, using so much energy that a glass storefront shattered. While Hopper (David Harbour), Joyce (Winona Ryder), and Murray (Brett Gelman) headed to the Russian hideout to destroy the machine keeping the gate to the Upside Down open, the kids' attempt to go to Murray's bunker were foiled by Billy. Still recharging from her impromptu operation, Eleven also realized she couldn't crush a soda can with her mind anymore.

Without any defense, Eleven was easily overtaken by Billy when he entered the mall, but his attempt to sacrifice her to the Mind Flayer failed when she began discussing his childhood memories that she witnessed in an earlier cruise through his mind. This encouraged a softer Billy to give himself to the monster just as Joyce blew up the Russians' machine, triggering the monster's destruction and Billy's death.

Being in dangerous proximity to the gate, Hopper was also obliterated, meaning that three months later, Eleven was moving away from Hawkins with the Byers family. The show revealed that her powers were still MIA, but Mike assured her that they would come back soon.

There clearly isn't a guidebook for the children of Hawkins Lab about what to do if your natural powers vanish, and Mike's optimism isn't total proof that Eleven's abilities will actually return. Are they gone for good? Will a fourth season explain why this particular battle drained her? Fans will have to wait and see if this disappearance becomes an even more important detail in future episodes. Season 3 of Stranger Things is currently streaming on Netflix.