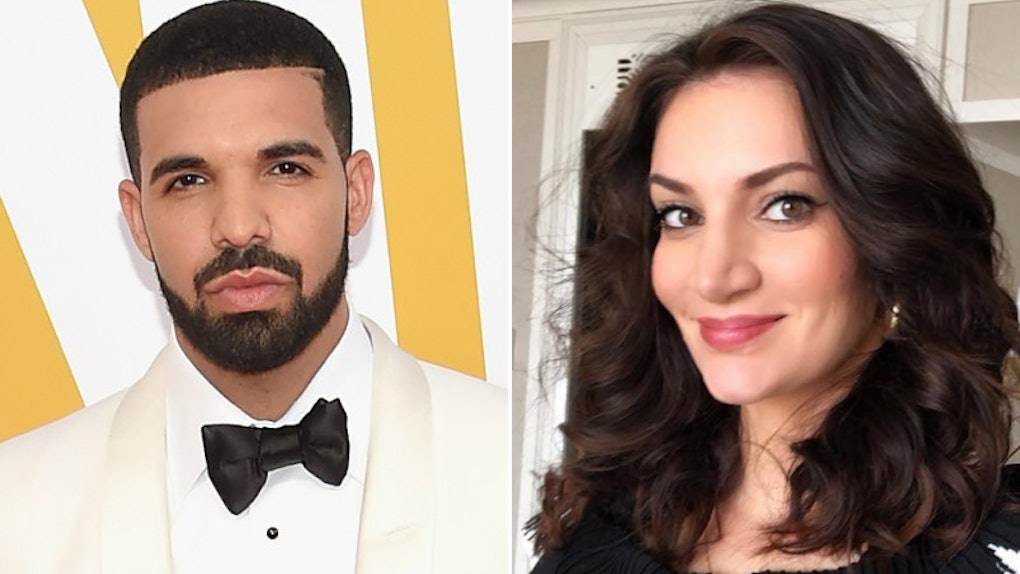 Are Drake & Sophie Brussaux Friends? Looks Like She Had A Great Time At His Paris Concert

It’s no secret that Drake and the reported mother of his child, Sophie Brussaux, didn’t exactly have a fairytale relationship. Despite that, though, the two have seemingly tried to co-parent their son, Adonis, to the very best of their ability. But a March 14 report from People is making people ask a really important question: Are Drake and Sophie Brussaux friends? Well, if People’s report is anything to go by, then they definitely are on friendly terms.

According to People, Brussaux attended Drake’s Paris concert on Wednesday, March 13, as his special guest. Brussaux, who is an artist and former adult film star, shared photos from her evening at the concert on Instagram. And by the looks of things, she had a lovely time!

In the photos Brussaux shared, you can see her and a guest having fun and posing for pictures in the backstage. She’s also wearing an “all access” pass, so she’s pretty important! Brussaux captioned her photos with a humorous recounting of the conversation she had while the photos were being taken.

You can take a look at Brussaux's backstage photos here:

Brussaux also shared some video clips of herself at the concert in her Instagram Stories. Judging by the fact that Drake invited her to be a guest at his concert, I guess it’s safe to assume the they’re both on friendly terms, which is great to see.

By all accounts, Drake and Brussaux didn’t have a long-term relationship, but their union, however brief, did produce a son they called Adonis. Drake didn’t confirm he’d fathered a child until his album Scorpion dropped in June 2018 with the following lyrics on a track called “Emotionless”:

I wasn’t hidin’ my kid from the world / I was hidin’ the world from my kid / From empty souls who just wake up and looked to debate / Until you starin’ at your seed, you can never relate

Then in October 2018, while appearing on LeBron James’ HBO show The Shop, Drake opened up about fatherhood and his relationship with Brussaux for the first time.

“I am a single father learning to communicate with a woman who… you know, we’ve had our moments, right?" he said. "And I do want to be able to explain to my son what happened. But I don’t have any desire for him to, like, not love his mother… I don’t ever want the world to be angry at his mother. We have found ourselves in a situation and we are both equally responsible, and now I’m just really excited to be a great father. I have a son, he’s a beautiful boy.”

Overall, it seems like Drake and Brussaux have a good thing going and are co-parenting in a positive way, which is really all that matters. I’m sure Adonis has a great life and will probably appreciate that his parents are friends when he gets older.