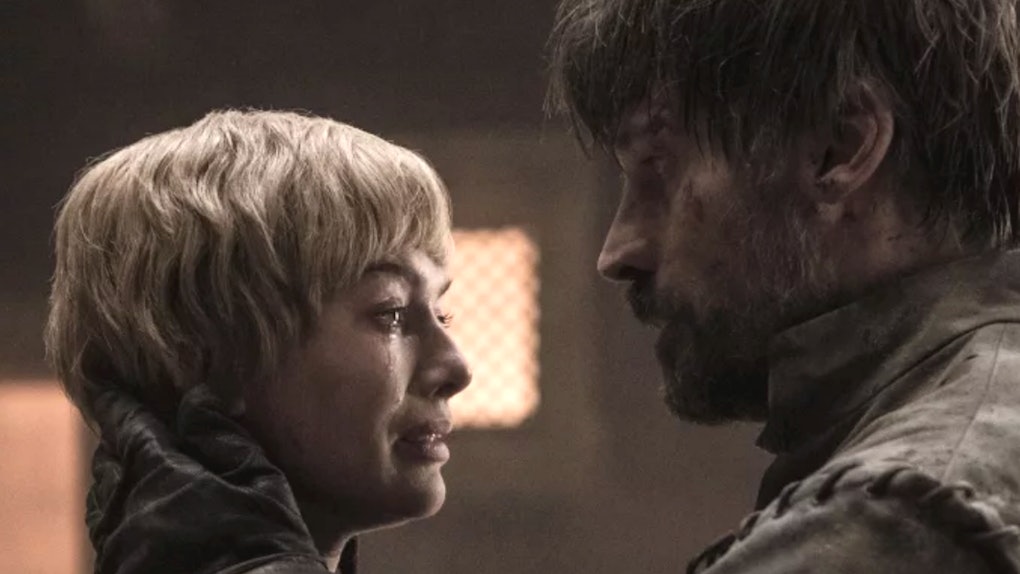 Are Cersei & Jaime Really Dead? The 'Game Of Thrones' Showrunners Sealed Their Fates

With Game of Thrones now in its final couple of hours, every fan of the show knew that Sunday night's penultimate episode would pull out some major stops and twists ahead of the climactic finale. And boy, did it ever! Spoiler alert: This post contains spoilers from Game of Thrones Season 8 Episode 5, "The Bells." In an episode filled with more death than we have ever seen on the show, the biggest death scene came towards the end of the episode when Cersei and Jaime Lannister seemingly died together. But, did Cersei and Jaime really die? Technically, we did not see the twins' corpses, so there may be a bit of a question, but the Game of Thrones showrunners confirmed the Lannisters' fate.

The climax of the penultimate episode came when Daenerys Targaryen ignored King's Landing's surrender bells and instead proceeded to burn the entire city to ash with her dragon Drogon. And that included the Red Keep, where Cersei was left clinging to her last semblance of queendom as her castle came crumbling down around her. But after time, she reunites with her brother/lover Jaime in the map room, after Jaime had abandoned his short foray to Winterfell (and the beginnings of a relationship with Brienne of Tarth) to return to try to save Cersei.

The reunited twins attempt to escape the crumbling castle through the underground Dragonpit, but become trapped by the rubble. In their final moments, Cersei breaks down over wanting to save their unborn child, and Jaime embraces her, telling her that "Nothing else matters; only us." Right after that, Cersei and Jaime are engulfed in a barrage of falling stones and it is the last we see of them.

Although we do not see Cersei or Jaime Lannister's bodies after the Red Keep's collapse, showrunners David Benioff and D. B. Weiss did confirm that the incestuous twins indeed died in that scene during the post-show "Inside the Episode" commentary special that aired following the episode. Benioff explained that the death scene is meant to be a callback to an earlier scene in which Jaime tells Bronn that he wants to die in the arms of the woman he loves. Knowing that death is imminent, Jaime embraces Cersei so that he can die as he has always wanted to, Benioff explained:

D.B. Weiss further explained that the death scene carried further significance since Jaime and Cersei are twins. He said that the showrunners always felt Cersei and Jaime's fates were intwined, and dying together provides a bookend for how the two entered the world together.

So, there you have it. So not expect Cersei or Jaime to make any sort of surprise comeback in the series finale to grab the Iron Throne in some ridiculous twist. And from the looks of things, there will probably be a few more dead bodies joining Jaime and Cersei before Game of Thrones comes to an end.