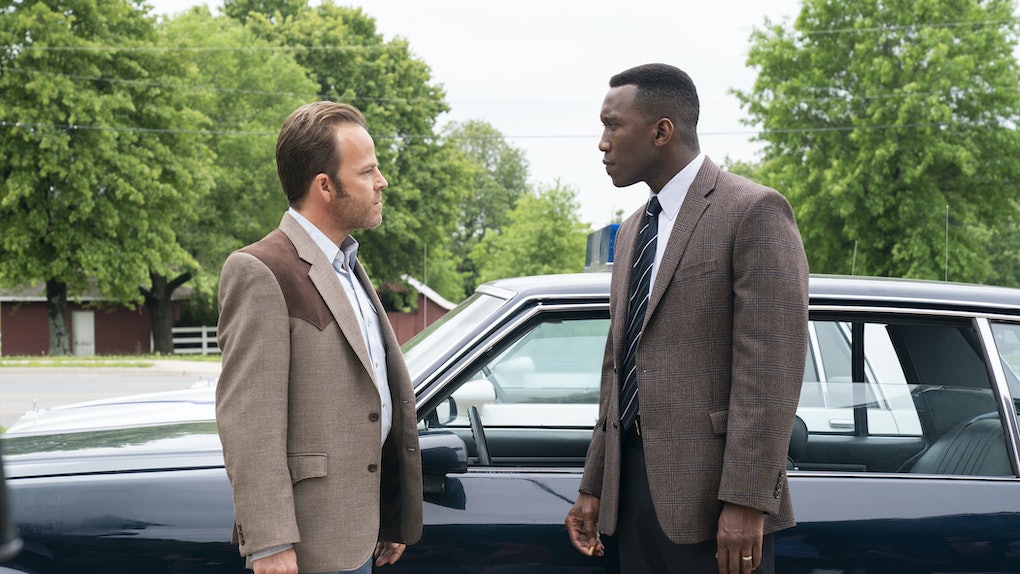 Are All The 'True Detective' Seasons Connected? A Season 1 Easter Egg Has Fans Freaking Out

The concept of the anthology series stretches back to the dawn of television, especially when it comes to mysteries and science fiction. The Twilight Zone is one of the more famous early examples, where each episode is an independent story unconnected to those which came before and after. More recently, Ryan Murphy brought the genre back, but this time with the notion of standalone seasons, with American Horror Story. True Detective has so far followed suit. However, this week's episode has fans questioning what they know. Are all the True Detective seasons connected? At least one character in this season's case thinks so. Warning: Spoilers for all True Detective seasons to date follow.

When True Detective Season 3 arrived in January, more than one reviewer noted how alike it was to the first season. Creator Nic Pizzolatto used some details initially planned for Season 1 in Season 3, including the setting. (Season 1 was originally planned to be set in the Ozarks, but the tax breaks in Louisiana were far more enticing, so HBO persuaded him to change it.) The time jumps also match those in the first season, and the cases both contain evidence of missing children, which could be part of a conspiracy.

Perhaps these similarities are on purpose. At least Elisa Montgomery, the host of the True Crime series interviewing Wayne, thinks so.

This image was spotted a couple of weeks ago in the trailer for "If You Have Ghosts." But this scene didn't happen there, it occurred this week, in "The Final Country." It's part of Wayne's last sit down talk with Elisa, as she pushes him to admit he always thought there was more to the story than the official reports. She believes someone took Julie and Will as part of a large scale pedophile ring, and the case covered up by high ranking officials who are part of this massive conspiracy.

As evidence, she cites the 2012 case solved by Detective Rust Cohle and Marty Hart, in the neighboring state of Louisiana. She pulls up the newspaper headline "Former State Police Officers Stop Alleged Serial Killer" with the faces of Matthew McConaughey and Woody Harrelson on it. She believes a similar cult did this.

As much as fans would like this to be the answer, the fact is this doesn't tie in True Detective Season 2. I know fans don't want to remember Season 2, but it was all about mob affiliated corruption. There were no sex rings, no pedophiles, just diamonds and brooding.

Moreover, while Redditors are out there on a limb trying to turn this story into a pedophile ring, Occam's Razor says there's a far more straightforward explanation. The Hoyts took Julie to replace the child their daughter Isabelle lost. Lucy and Dan sold the kid, but not to pedophiles, just to what they assumed would be a better life. There is a conspiracy to cover it up, but it's not some statewide sex ring. It's just keeping quiet a single secret of the most powerful man in town.