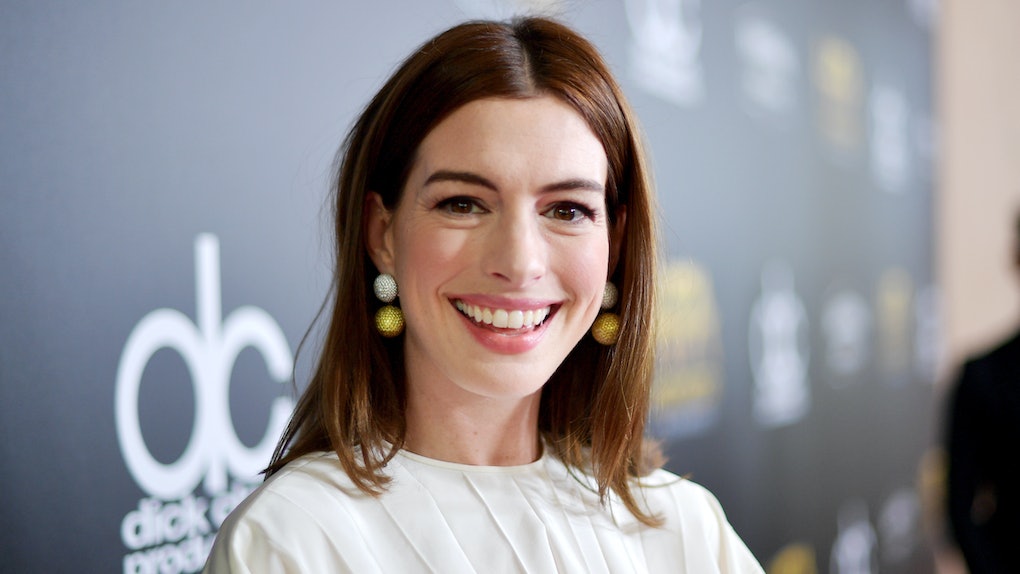 Anne Hathaway has had an a remarkable career, starting back in 2001 as a teenager in The Princess Diaries. Unlike many tween and teen stars, she transitioned effortlessly into adult roles with the back-to-back releases of Brokeback Mountain and The Devil Wears Prada, while winning the indie crowd with Rachel Getting Married. From there it was onto massive blockbusters like The Dark Knight Rises and Les Miserables, the latter of which got her an Oscar. Now she's landed her most significant role to date: Anne Hathaway is starring in a Sesame Street musical.

You laugh, but consider who she'll be working with. While it may not be the rarefied air of fellow Academy Award winners like Matthew McConaughey, who she starred with in this year's Serenity, she'll be working with some of the biggest household names in the business. After all, is there anyone in America who does not know Oscar the Grouch or Ernie and Bert?

More recent stars like Elmo may rise and fall, but some are eternal, such as Big Bird, star of 1985's Follow That Bird. These are the co-stars who can make one a household name even decades after passing away, like Mr. Hooper. In terms of career trajectory, it doesn't get bigger than that. Everyone wants to work with these guys.

Most think of Sesame Street as a PBS series run by the Children's Television Workshop, but the series moved to HBO a few years back, in a deal that would underwrite the series no matter what happened in funding for public television. (The new episodes move from HBO to PBS a few weeks after they air.) HBO is owned by Warner Media, which is now taking the rights to the fur- and feathered-covered friends of childhood, and bringing them to the big screen, via Warner Brothers Pictures in conjunction with MGM Studios.

Warner Bros. and MGM's Sesame Street movie starring Anne Hathaway is slated to hit theaters Jan. 15, 2021... Sesame Street will begin shooting in June, according to studio insiders. Portlandia co-creator Jonathan Krisel is helming the family film, with 21 Laps' Shawn Levy producing alongside Michael Aguilar and Entertainment 360. The movie, which is expected to include appearances from Sesame Street residents Big Bird, Oscar the Grouch and Cookie Monster, is said to be a musical. Chris Galletta (Kings of Summer) wrote the most recent draft of the screenplay.

On Sesame Street, the muppets randomly burst into song all the time, usually when letters of the alphabet or numbers smaller than 20 are involved. So of course this movie is a musical.

This will not be Hathaway's first time working with the Jim Henson-created Muppet friends. She already starred in a made-for-TV Christmas special back when the series was still on PBS, called Elmo's Christmas Countdown. Hathaway sang "I Want A Snuffleupagus For Christmas."

More like this
These Tweets About Amy Adams' 'Woman In The Window' Are Brutal
By Abby Monteil
Lana Condor's Career Goals Are All About Representation — EXCLUSIVE
By Rachel Varina
Why Won't NBC Air The Golden Globes In 2022? Let's Break Down The Drama
By Ani Bundel
Stay up to date