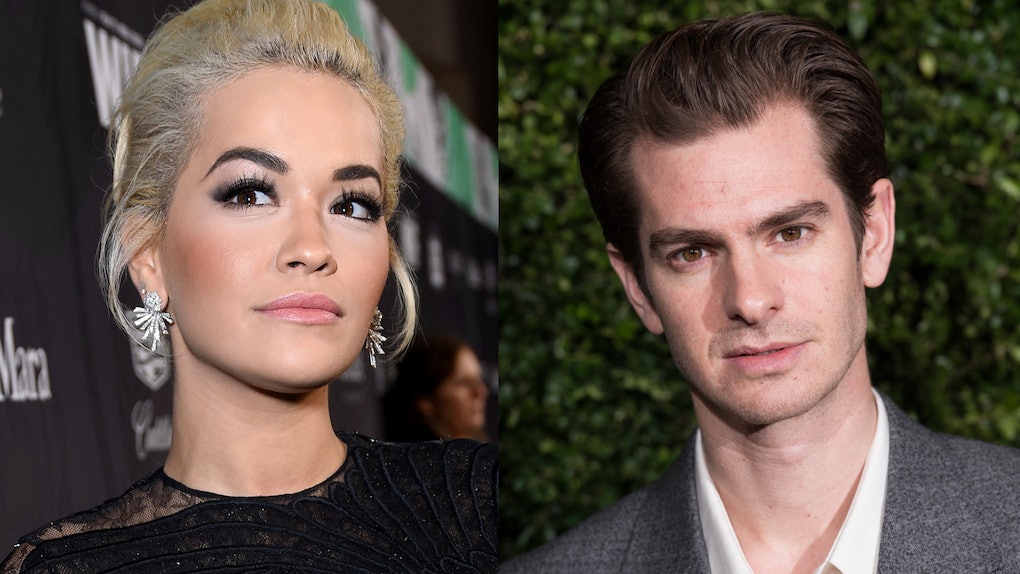 Ah, another reported Hollywood couple is off to Splitsville. This time Rita Ora and Andrew Garfield reportedly broke up. And those of you hoping for a big, juicy, dramatic breakup, should prepare to be disappointed. The reason is reportedly very chill and very relatable. (Elite Daily reached out to both stars' reps for comment; Ora's declined to comment, and at the time of publication, Garfield's has not responded.)

It turns out their reported split was the result of nothing more than a good, old-fashioned fizzle. Garfield and Ora were first linked in November 2018, People reports, and though neither star ever confirmed the relationship, a source told The Mirror that “the relationship just fizzled out" earlier this year. “It’s sad but they have both accepted the situation and moved on," the source continued.

Of course, as with most fizzles, there's usually one person who initiates the fizzling. And, according to The Sun, the person who initiated the fizzling in this situation was Garfield. A source told the British tabloid that “Rita is cut up about the whole situation." Why is she reportedly "cut up" about the split? Well, according to the source, she reportedly thought things were fine between them. “Andrew split up with her recently and it’s been hard going as they had spent a lot of time together," the source continued. "They spent Christmas together and she thought things were going well between them."

Despite the stars never publicly addressing their rumored romance, they were pictured together multiple times in public. According to a source who spoke to The Sun when news of their relationship first broke out, Ora didn't even tell her friends until they had been dating for awhile.

Garfield and his ex-girlfriend Emma Stone kept a similarly low profile throughout their four-year-long on again/off again romance. While he's never commented on his lack of, well, relationship commentary, Stone has.

"See, I never talk about this stuff for this exact reason—because it's all so speculative and baseless," Stone said told Wall Street Journal Magazine of her decision to keep her romantic life to herself. "Once you start responding — once you're like, 'No, that's not true' — then they're like, 'Well, if we push enough, we'll get a comment, so let's see what else we can make up.' I understand the interest in it completely, because I've had it, too. But it's so special to me that it never feels good to talk about, so I just continually don't talk about it."

She continued, "There's probably some rebelliousness that comes out in me after all these stories and people texting you for weeks about something that, for the most part, is not true. But even when it's false, I would rather just let it be false."

Ora has made similar statements regarding her refusal to comment on headlines about her personal life. “It’s part of the territory. You pick and choose,” she told PEOPLE of how she deals with dating rumors. “I don’t complain about it. I just don’t put attention toward it.”

With lips sealed this tightly, it's unlikely that we'll ever know what really happened between Garfield and Ora, but here's to hoping that they both are able to move on in peace.