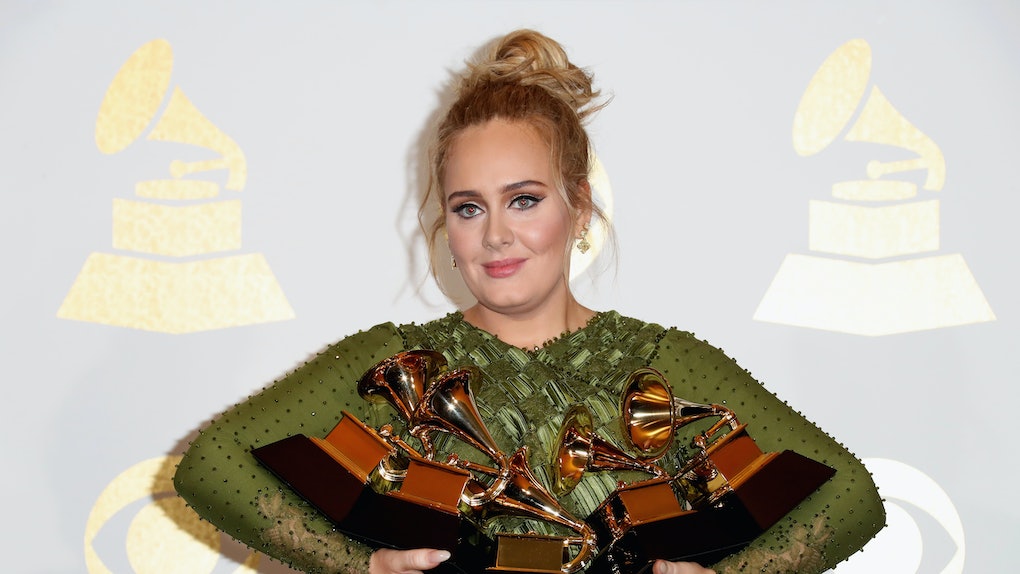 After more than seven years together, Adele and her husband are reportedly going their separate ways. According to the singer's rep, Adele and husband Simon Konecki are separating, which they revealed with a joint statement that's all about co-parenting their son Angelo.

In a statement shared with the Associated press on Friday, April 19, the "Hello" hitmaker's rep Benny Tarantini and Carl Fysh said:

They are committed to raising their son together lovingly. As always they ask for privacy. There will be no further comment.

It's the split that no one saw coming, although the British singer has largely kept mum about her relationship with the entrepreneur and co-founder of Life Water.

Back in January 2012, Adele first publicly opened up about dating her then-boyfriend with fans after they were photographed taking an airboat ride in the Everglades. "Everyone in our lives separately and together wish us nothing but the best, and vice versa," she wrote in a blog post about the philanthropist, whom she reportedly met in the UK in the summer of 2011.

The songstress might be the undisputed queen of breakup anthems, but it sounded like she'd found her happily ever after once the couple then revealed that they were expecting a child together just weeks later. She gave birth to Angelo that year.

"I have no desire to be with anyone in show business because we all have egos," she told the publication. "He’s not threatened by any stage of my life that I’m going for, and that’s an amazing thing. It’s the most serious relationship I’ve ever been in."

And while she might have built her career on singing about heartbreak, the singer gushed about writing her album 25 while in a happy relationship.

"Being in such an amazing relationship with someone that’s so there for me and so loyal and is really part of my core now, that’s what made me write about everything I’ve ever done, because I’ve got his love," she explained during a November 2015 interview on 60 Minutes Australia.

"I know that sounds a bit like I’m trying to write a Hollywood movie," she continued. "But it’s only because of him and because of our kid and stuff that I’m all right."

In 2017, Adele confirmed that she'd married her longtime beau while accepting her award for album of the year at the Grammys. "Grammys, I appreciate it. The Academy, I love you," she said, before turning the focus towards her family. "My manager, my husband and my son — you’re the only reason I do it."

Fans are rallying around the star on Twitter in light of the news and pushing back on others who are already celebrating an upcoming breakup album. As much as we loved "Someone Like You" and "Hello," it's Adele's choice whether or not she chooses to use her relationship as material for her music, and if so, when she decides to do so.

Konecki has yet to publicly comment on the couple's reported split, but it sounds like the parents-of-one will be focused on co-parenting their son while they work through things.