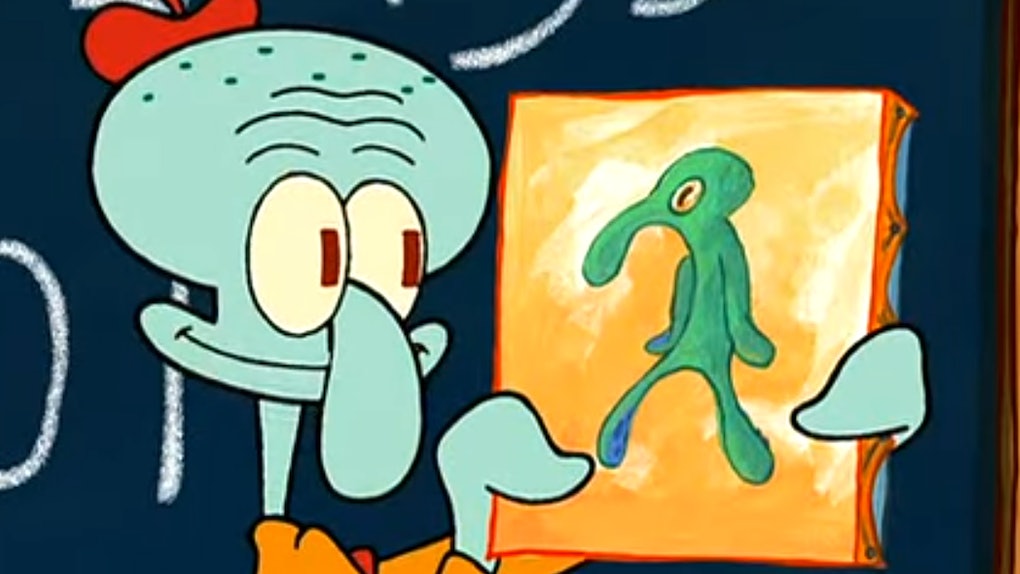 A ‘SpongeBob Squarepants’ Spinoff About Squidward Is Reportedly Coming To Netflix

Now that Netflix and Nickelodeon have joined forces, viewers can expect to see a lot of beloved shows and reboots hit the streaming service. Coming off the news that a movie about SpongeBob SquarePants is in the works, it now sounds like the yellow sponge's curmudgeonly neighbor could be getting his turn at playing leading man. According to a new report, a SpongeBob Squarepants spinoff about Squidward is reportedly in the works, meaning we'll be making yet another return to Bikini Bottom.

Shortly after the first trailer for The SpongeBob Movie: Sponge on the Run was released on Thursday, Nov. 14, HypeBae first reported that viewers would be returning to the world of the yellow sponge and his cohorts with an all-new spinoff focused on SpongeBob's neighbor, Squidward Q. Tentacles. While there's no telling whether SpongeBob, Patrick, Mr. Krabs, and the rest of the original cast will be returning in the new series, I have a feeling that Bikini Bottom just wouldn't be the same without the OG gang.

At this time, details are pretty scarce about what we can expect with the new TV show, but according to HypeBae, it will "focus on SpongeBob’s neighbor Squidward, the irritable musician who plays the clarinet and works with SpongeBob at the Krusty Krab restaurant."

Due to Squidward's penchant for playing the clarinet, the spinoff will also be "music-based," meaning we can probably expect a lot of brand new songs on the way. Squidward might not have been many peoples' favorite SpongeBob character while growing up and watching the series, but I have a feeling that adults might relate to his brand of grumpy humor, and I'm excited to see him get the spotlight for once. According to HypeBae, the show is still in its early stages, meaning that I wouldn't hold out for a release until next year.

While there's no news on when exactly the series will be coming to Netflix, fans can get ready for its release by checking out the trailer for The SpongeBob Movie: Sponge on the Run in the meantime. The preview, which was dropped on Nov. 14, showed that none other than the internet's boyfriend, Keanu Reeves, will be making a cameo as a particularly sage piece of tumbleweed with the actor's face on it.

"Hello, call me Sage," the actor can be seen telling SpongeBob and Patrick, who are looking for Gary the Snail in the Lost City of Atlantic City. "I'm made out of sage and I am a sage, so it works out pretty well."

When Patrick responds, "I'm Patrick. My name means toaster in Celtic," Reeves shuts him down, saying, "Pretty sure it doesn't."

The Always Be My Maybe actor isn't the only well-known star lending his vocal talents to the upcoming film, which is set to be released in May 2020. David Hasselhoff, Alec Baldwin, Scarlett Johansson, Antonio Banderas, Reggie Watts, Awkwafina, and Snoop Dogg are all slated to voice characters in the CGI installment, so I'd get ready for plenty of laughs from some familiar talents.

More like this
Is Netflix Making A 'To All The Boys' Spinoff Series About Kitty? Here's The Tea
By Rachel Varina
Who Are The Touched In 'The Nevers'? Their Abilities Are Completely Wild
By Ani Bundel
These 'The Nevers' Theories About That Flying Ship Are Absolutely Bonkers
By Ani Bundel
Stay up to date