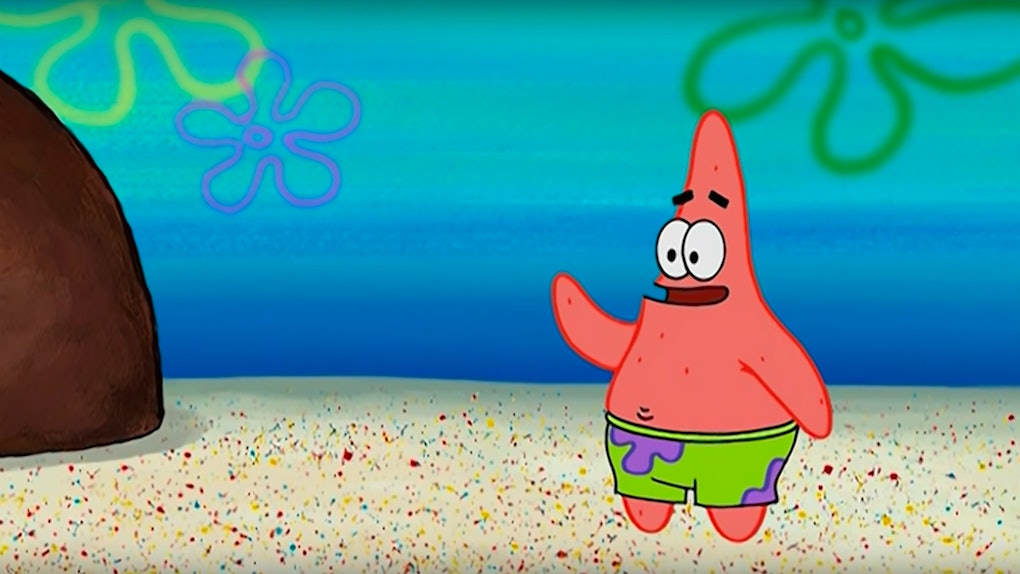 Are you ready kids? A beloved SpongeBob character is reportedly making his way back to TV with a show of his own. According to multiple reports, a SpongeBob Squarepants spinoff called The Patrick Star Show is in the works at Nickelodeon, which is music to nostalgia-loving fans' ears. (Elite Daily reached out for comments from the network about the reports, but didn't hear back in time for publication.)

According to Deadline, The Patrick Star Show will follow the sea star as he hosts his own late night talk show, similar to the likes of Comedy Bang! Bang! and The Larry Sanders Show. The team behind the original series is reportedly behind the spinoff, which is expected to have 13 episodes in its first season.

Deadline also reports voiceover recordings have already kicked off for the project. SpongeBob veteran Bill Fagerbakke, who has voiced Patrick since 1999, is set to continue voicing the character for this project. He will reportedly be joined by a large cast of new characters in the show, many of whom will be Patrick's family members. There is also word that original SpongeBob characters will make occasional appearances, so if you're a fan of the original show, you'll likely be satisfied even if this spinoff seems a bit different.

This spinoff news many not be totally surprising. In early 2019, Nickelodeon president Brian Robbins announced some SpongeBob SquarePants spinoff projects were going to be developed. In fact, another spinoff called Kamp Koral — which serves as a prequel to the iconic series — already has a planned debut on CBS All Access in 2021. That one will follow a 10-year-old SpongeBob and his friends at sleep-away camp. CBS All Access will also have streaming rights to another project called The SpongeBob Movie: Sponge on the Run after its video-on-demand run.

It's no wonder more SpongeBob content is getting made. Since its launch in 1999, SpongeBob SquarePants has remained one of the top animated kids' series on TV, birthed a Tony-winning Broadway musical, has been distributed to more than 208 countries across 55 languages, and amasses over 100 million total viewers every quarter.

Nickelodeon has yet to release an official statement about The Patrick Star Show, so reports are limited as of now, but I'm already doing my victory screech in anticipation.

More like this
Netflix's 'Bridgerton' Spinoff About Queen Charlotte Will Deliver So Much Royal Drama
By Cianna Garrison
Paramount+'s 'iCarly' Revival: Release Date, Cast, Trailer, & More
By Cianna Garrison
How Many Episodes Will 'Cruel Summer' Season 1 Have? Fans Need Answers
By Rachel Varina
Stay up to date