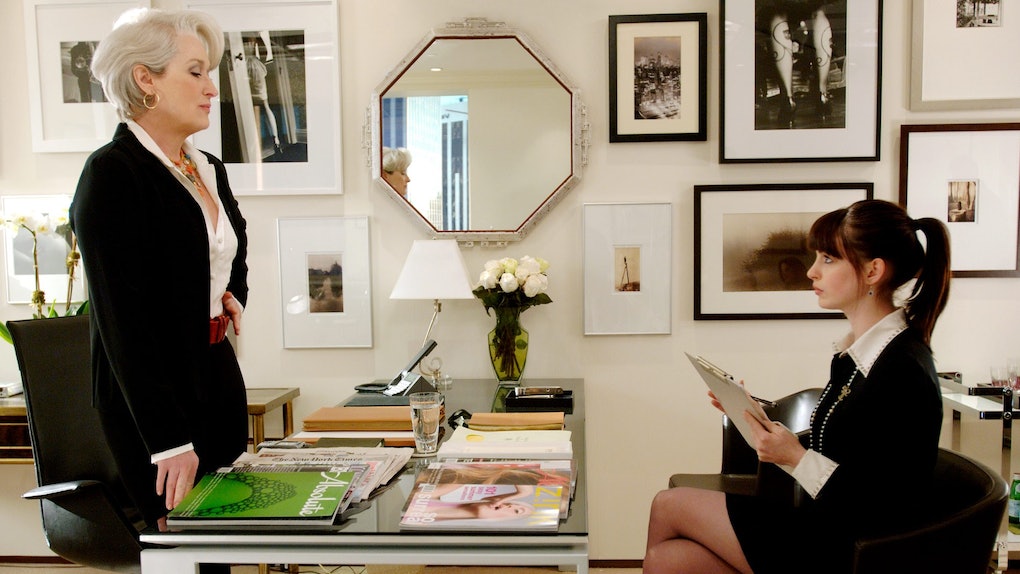 A 'Devil Wears Prada' Musical Is Officially Happening, That's All

When The Devil Wears Prada debuted back in 2006, it was a massive hit. Starring acting legend Meryl Streep and Anne Hathaway, who was well-known at the time for her Princess Diaries films, the movie was based on the best-selling novel by author Lauren Weisberger. Since then, the film has become a stone-cold classic over the ensuing decade. Now, Broadway beckons, with a The Devil Wears Prada musical on the horizon for the summer of 2020.

Considering that Broadway already did a pass on mining mid-aughts films from Broadway musical content earlier in the decade, it's a little surprising to see The Devil Wears Prada finally entering the derby. But there's a good reason for the show's move forward towards a Broadway run.

Up until March of 2019, the movie rights were owned by 20th Century Fox. (Fox 2000 Pictures initially produced the movie.) Then the Disney merger closed, and The Devil Wears Prada suddenly became a property in the House of Mouse's giant vaults. Not only that, but it's one with a lot of household name recognition and a huge fanbase.

And what is Disney good at, and I mean really good at? Why, musicals, of course! Not that this musical is a direct result of the merger, as it had been long gestating prior to Disney's bid for Fox back in 2017. But the timing is unusually perfect in that regard.

To that end, The Devil Wears Prada is heading to a pre-Broadway engagement in Chicago come the summer of 2020. The show has a powerhouse team behind it. Tony winner Anna D. Shapiro, the artistic director of Chicago’s Steppenwolf Theatre Company, is set to direct the show. Paul Rudnick is producing the book alongside Shaina Taub who will be writing the lyrics.

And the music? Elton John is coming out of his retirement to do the honors. Even Miranda would be mildly impressed to know that.

Speaking to the Chicago Tribune, producer Kevin McCollum said that this pre-Broadway city choice was no accident. "It was important to Anna that we premiere in Chicago." That being said, he declined to confirm the dates the show will play in the Windy City, nor when it would be expected to transfer to New York City.

Casting has not been announced yet for the show. This means Broadway fans can start wildly speculation who will be landing the roles of Miranda Priestly and Andrea "Andy" Sachs. And of course, there's that little matter of which of The Devil Wears Prada's biggest moments will get songs assigned to them. Obviously, the "Gird Your Loins" entrance and Miranda's "Stuff" speech are shoo-ins. But what else? Does "Florals for Spring" really deserve a song? Will the Harry Potter book sequence be a significant dance number? (Even better, when the musical makes it to New York City, will it cross over with the cast of Harry Potter and the Cursed Child?)

Hopefully, these questions will be resolved in the pre-Broadway run. The Devil Wears Prada arrives on stage in Chicago in the summer of 2020.