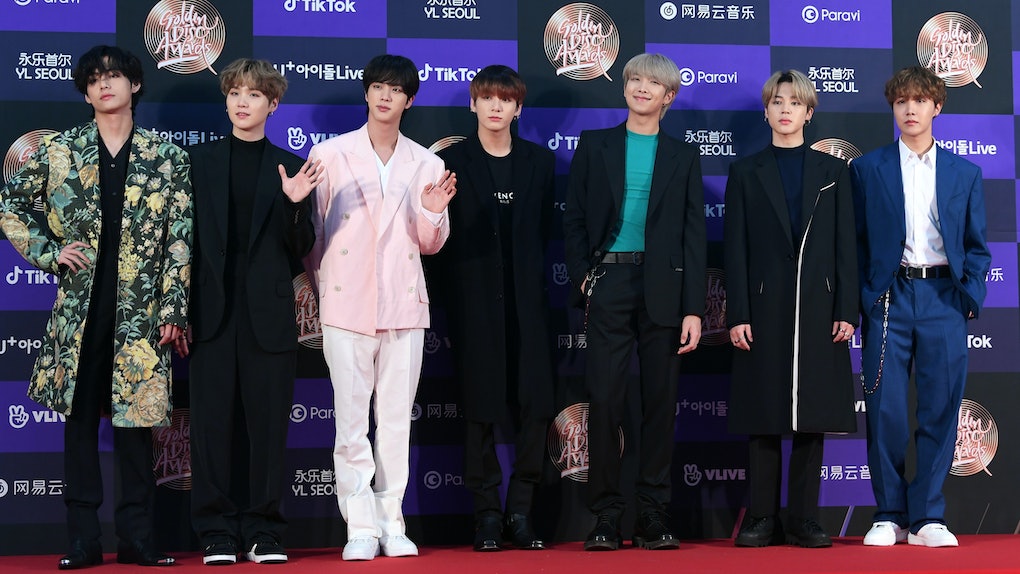 ARMYs always stick up for BTS whenever they're wronged, so when a Chilean comedy show made a racist sketch about BTS that made fun of their language and culture, they wasted no time coming to the group's defense and demanding an apology. They used hashtags like #StopAsianHate and #ElRacismoNoEsComedia (#RacismIsNotComedy) to bring awareness to the discrimination BTS and all Asian people experience daily. Due to the overwhelming criticism over their April 10 episode of Mi Barrio, the program's television network, Mega, issued a statement, however, fans weren't happy with their response at all, pointing out it didn't acknowledge what they did wrong.

Mi Barrio's sketch featured comedians mocking BTS' accents and associating them with North Korea's leader, Kim Jong-Un, by referring to them as "Kim Jong-Uno," "Kim Jong-Dos," "Kim Jong-Tres," "Kim Jong-Cuatro," and "Juan Carlos." The episode also featured an actor speaking gibberish Korean. Fans who saw the clips online were understandably incensed over its racist jokes, especially at a time when anti-Asian attacks have risen amid the coronavirus pandemic.

"That Chilean comedy shows 'parody' bts skit shows how normalized racism towards Asians is globally. Jokes are supposed to be funny. How is making covid 'jokes' that have gotten countless Asians assaulted and killed funny? How is perpetuating racist stereotypes about Asians funny?" one person tweeted.

"@MEGA, BROADCASTING ANTI-ASIAN RACIST JOKES ON CHILEAN TV WILL HAVE DEADLY CONSEQUENCES, ESPECIALLY DURING THE COVID19 PANDEMIC. WE DEMAND ACCOUNTABILITY AND AN APOLOGY TO BTS AND THE ASIAN COMMUNITY. #ELRACISMONOESCOMEDIA," another wrote.

Mega finally responded to the criticism on Monday, April 12. According to a fan translation by @BTS_Chile, the network said:

Humor helps people deal with the difficult moments we are going through due to the pandemic. Mega's humor has clearly stated limits in its broadcasting orientations and they are of public knowledge. However, we want to manifest our absolute empathy with those that might have felt affected by the section 'El late de Raquel' and we apologize and ask for your forgiveness. It was never our intention to offend, insult, or harm any community. We will keep on improving, learning, and listening, firm with our intention, to bring entertainment to families. We gather all the positive comments and also the critics to improve our behavior.

ARMYs weren't pleased with their apology because it tried to excuse their offensive jokes as simply "humor."

Following a series of shootings at three Atlanta spas on March 16 that resulted in the death of eight people (six of them Asian), BTS issued a statement condemning Asian hate in which they also opened up about the discrimination they've personally faced. "We have endured expletives without reason and were mocked for the way we look. We were even asked why Asians spoke in English. Our own experiences are inconsequential compared to the events that have occurred over the past few weeks. But these experiences were enough to make us feel powerless and chip away our self-esteem," they wrote in the March 29 post. "We stand against racial discrimination. We condemn violence. You, I and we all have the right to be respected. We will stand together."

BTS has not commented on the Mi Barrio sketch, but they shouldn't have to. Racist jokes should not be tolerated in 2021, period, and it shouldn't be BTS or their fans' responsibility to point that out.

More like this
Kendall Jenner's Response To Being Called A "Bad Example" Didn't Hold Back
By Cianna Garrison
Is Olivia Rodrigo's "Good 4 U" About Joshua Bassett? Fans Are Convinced
By Michele Mendez
Prince Harry's Secret Dates With Meghan Markle At The Supermarket Sound Like A Rom-Com
By Brandy Robidoux
Stay up to date