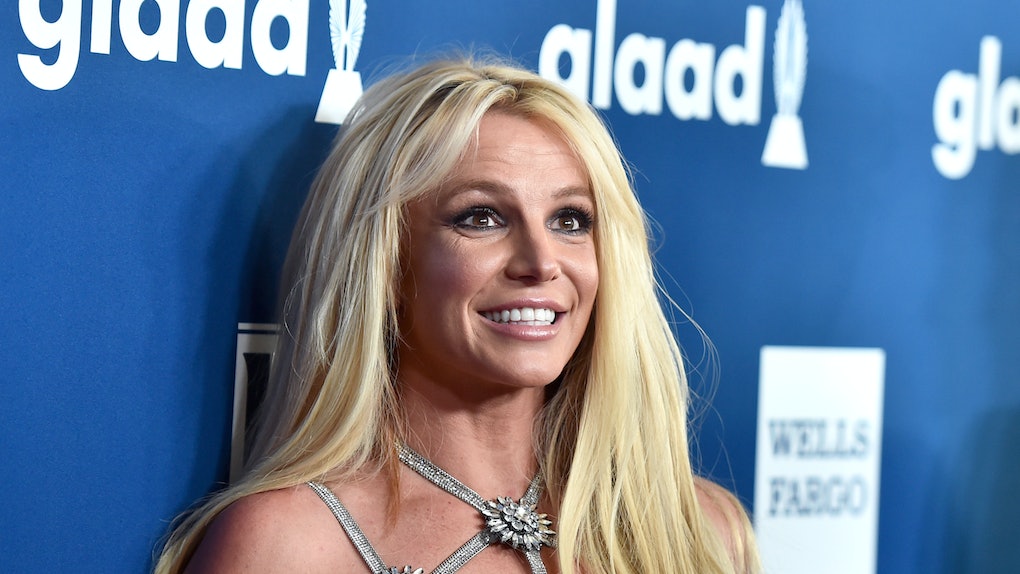 You can find plenty of pop superstars whose music receives tribute via a Broadway show, but Britney Spears fans now have a reason to feel particularly lucky when it comes to the musical theater. The singer's discography will soon feature onstage in a mashup of your childhood's favorite music and fairy tales. A Britney Spears musical called Once Upon a One More Time will open in a Chicago production this fall, so you'll have to hit me several more times for this to sink in.

She may not be releasing new music regularly, but pop star Spears has produced enough catchy bops that it only feels right for her music to accompany a new, original story celebrating women. The Hollywood Reporter writes that the show will introduce a feminist angle on classic fairy tales such as Cinderella and Snow White. When several princesses start their own book club, a fairy godmother with a handy copy of The Feminine Mystique comes along to upset their ideas of what it means to be a woman. In between these inevitably lively debates, the characters will perform Spears' songs.

Excuse me while I picture a group serenade of "Lucky" to depict the princesses feeling trapped in their towers.

The musical will begin preview performances at Chicago's James M. Nederlander Theatre on Oct. 29 before opening on Nov. 13, 2019. Unless the production is extended, it will run there until Dec. 1. Whether or not the show then hits Broadway depends on how it fares in Chicago and if a New York theater is free in the following months. As of March 12, Once Upon a One More Time tickets are still unavailable, but who else is anticipating the same feels that buying a ticket for Spears' comeback tour inspired?

In a statement, Spears said about the project:

I’m so excited to have a musical with my songs — especially one that takes place in such a magical world filled with characters that I grew up on, who I love and adore. This is a dream come true for me!

As the anthems for middle school car rides and sleepovers, Spears' music definitely has the feminist layers to tell the stories of princesses just wanting to speak their truth. Will they tell Prince Charming that he's a "Womanizer?" Does "Oops...I Did It Again" apply to more than just losing a glass slipper? Is everyone else in the castle telling the girls what to do just "Toxic?" Most importantly, does "I'm Not a Girl, Not Yet a Woman" introduce a coming-of-age conflict at the end of Act One? The creative possibilities are endless, and I'm sure our girl Britney is just living for it.

Once Upon a One More Time replaces a Michael Jackson bio-musical that was originally scheduled to open at the same theater this November. The cancellation of the musical's Chicago run occurred ahead of the documentary Leaving Neverland's troubling allegations about Jackson, and producers cited an Actors' Equity Association strike as the reason for the change in plans. That musical, called Don't Stop 'Til You Get Enough, still plans to open on Broadway in 2020, but here's hoping that Once Upon a One More Time reaches the Great White Way, too.

Congrats to Spears on the show! We'll keep our fingers crossed for her surprise casting as the woke fairy godmother.