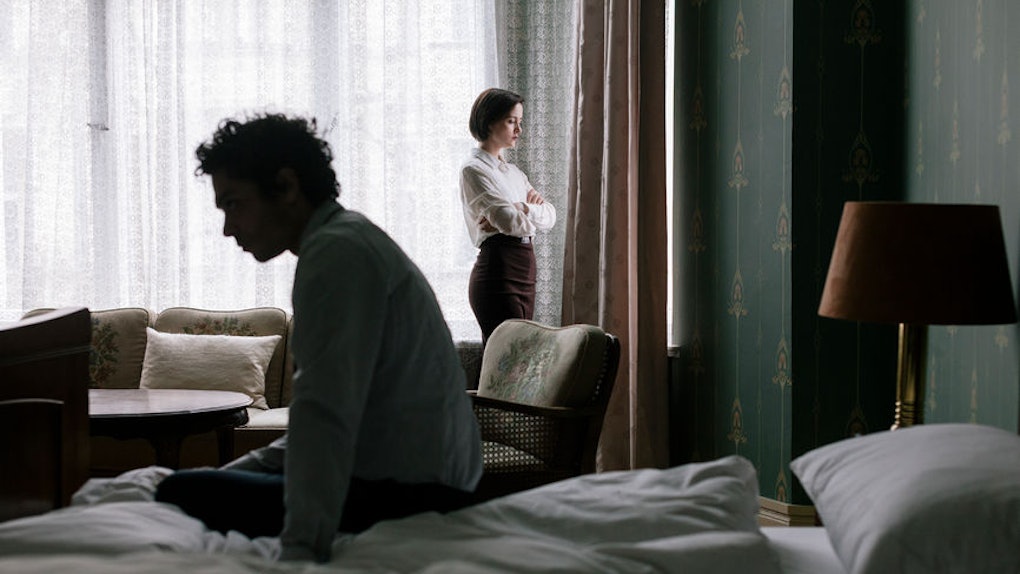 8 Signs You're Ready To Break Up With Your Partner, Even If The Relationship Isn't Terrible

Sometimes there's a clear cut sign that you're ready to end your relationship with a long-term partner. For example, if your partner betrays your trust or treats you poorly in any concrete way, it's probably a sign that you should consider leaving. That being said, the signs you're ready to break up with your partner are not always easy to detect. A recent RedditAskWomen thread asked ladies to share how they knew it was time to move on, even when nothing major was necessarily wrong.

It might seem difficult to end a relationship that doesn't have a glaring problem on the surface, but sometimes it's the only right thing to do. Once you've looked at the signs that point toward "break up with them," you'll have to actually do. Kiaundra Jackson, a relationship expert and founder of therapy practice KW Essential Services, explained how it doesn't have to be too difficult at all. She told Elite Daily, "There is no better way to have this conversation than to just do it." After you've looked at the reasons why ending it is best, you can also play out the scenarios of how your ex-partner will react. Per Jackson, "That way, if any of the three scenarios happen, you are well-prepared with a response." Now, take a look at the signs to help you get there.

You're constantly putting their needs above your own.

Not knowing when to let go used to be my No 1 problem. It was a combination of low self worth and fear of the unknown / being alone. I got stuck in some very poor and one dangerous relationship because of them. I stuck with them so far past the expiration date and made myself miserable.

I was raised to not be selfish. I think a lot of that is very Asian, too (my other is Vietnamese). Being selfish is a terrible thing. So I think that factored in and I would put the other's happiness above my own to my detriment. Except the other person wasn't happy either - one ex was abusive and impossible to please and another ex was a man child I had to wait on hand and foot.

I finally had to learn to think better of myself and know I was worth more than the poor quality of men I was with. I had a right to be happy. If that was being selfish, than I would be selfish.

After that I met some good guys, but they weren't the right one and breaking up became easier. It wasn't their fault or mine the relationship didn't work; I had a clearer picture of what I wanted and they were not it.

I ask myself, "Am I happy? How do I feel when I anticipate seeing this person? Does this person make me feel safe? Can I tell this person anything, good or bad?"

This is going to sound really calloused, but I just stopped finding anything he did as funny or cute. Instead, he annoyed me constantly. The little quirks that I had been able to overlook before were suddenly slammed in my face all the time and I couldn't handle how immature he was.

More tellingly, I told him I felt like I was starting to not love him anymore. He tried to fix things and I...genuinely...didn't really want to. There had been too many things between us that had made me so unhappy. There were even more things that made it clear to me that we just weren't compatible in the long run.

The relationship just felt like it was dying slowly. I knew I had to just end it because stringing him along by pretending that "working on us" was going to work was cruel. After all, he wasn't going to change and neither was I. No amount of therapy, heart-to-hearts, or date nights was going to help.

Was with my ex for around 6 months, and put up with all his crap because i “loved” him. Near the last month or so i fell out of love with him. I was just looking for an excuse to end it.

Once you realize you don’t care anymore, that’s when you end it. It got to the point where i was so used to him treating me like shit, that i didn’t even have a reaction to it. That’s when i got out of there. If it gets to the point where you’re an emotionless robot then it’s time to go

You're growing in different directions.

There doesn't have to be a scandalous thing to end a relationship. Of course sometimes it's the person own personal issues that make them sabotage their relationship. Like getting cold feet over the subconcious fear of getting dumped. Good to check why you feel what you feel to prevent future regret. But just because someone is a supportive partner and a good person does not mean there's enough compatibility or love to stay in the relationship. I left my ex because we both fell out of love, although we still loved each other as friends. We were too young and inexperienced to work on getting things better more than we already had. We grew apart and became people who couldn't even be very close friends with.

You don't feel like you can have a real conversation with them.

I broke up with my SO two months into our engagement, I probably should have let go sooner but I guess my head cleared when I realized I would potentially be spending the rest of my life with him. Some signs I listened to:

I started rationalizing getting married to him by thinking "I can always divorce him." Which is a giant red flag. You shouldn't already be thinking of a way out before your wedding.

When you feel like you can't talk to them. Every conversation started feeling like walking on eggshells, I was afraid to have an actual argument with him and when we did talk we bickered.

When you're not staying for the right reasons. I realized I was staying with him for two reasons: future stability and sunk cost and I didn't like those being the only two factors

Being with them starts to be more draining than enjoyable. He demanded most of my time and attention and depended on me for him emotional well being and that's a lot on one person.

When they change and stop doing a lot of the stuff you fell in love with them doing and you stop feeling the same way about them.

I think a lot of people forget about "compatibility" in relationships; instead waiting for some catastrophe to end it. You can like someone and not be compatible. You need to have things in common. You need to see each other as equals. Arguments shouldn't revolve around power struggles. Arguments should get resolved, too, not just die in the wind.

This person should make your life better. If you feel life is about the same with them in it, then they're probably more of a friend than an SO.

You're fantasizing about other people.

When I start fantasizing about dating other people is usually my biggest hint that I'm over it.

You're the only one putting in any effort.

When it’s felt like too much work and no giving back in equal weight.

My ex and I broke up last month. I was still into him when this happened but I knew too well that it’s best to let go.

Sent him messages, waited days to get a reply.

Asked to video chat after his work (we were on LDR), he said yes, I called you, but never did.

Went to his city that he knew too well that the trip costed me a fortune, but bailed out five hours before our rendezvous, saying he needed to sort something out. (I was with my mom so he’s not the only one I was focusing on)

I’m not dumb, hopeless and desperate so letting go is the best way. :)

Trying to decide whether or not you should end your relationship? Answer one simple question: What are they adding to your life? If the answer to that question is a big fat "nothing," it may be time to go.

This article was originally published on May 31, 2018

More like this
5 Signs You're Burned Out From Dating & Could Use A Break
By Danielle Sinay
21 Lines To Use On Bumble To Revive A Dead Conversation
By Caroline Colvin
Each Zodiac Sign Gets Bored In Relationships For A Different Reason, Here's Yours
By Rachel Shatto
Stay up to date