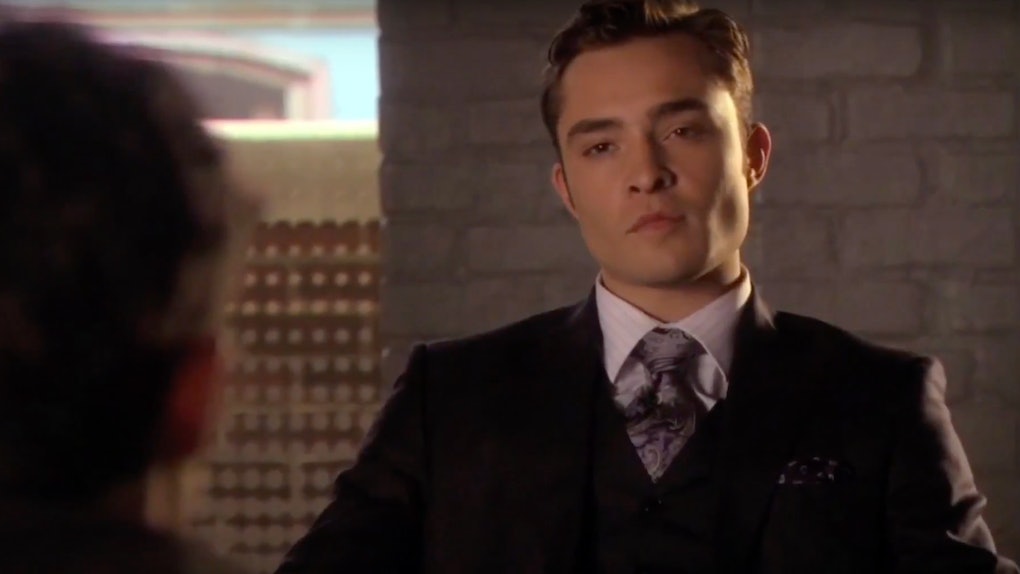 The CW is known for many things, and one of them is their extensive programming catering to teenagers. And cater they did. 90210, Gilmore Girls, and One Tree Hill are just a few shows to mention that scrape the surface of iconic programs The CW has churned out. And while they are all legendary in their own way, Gossip Girl is one that will never be forgotten. Most specifically, we will always be moved in more ways than one by some of the hottest Chuck Bass moments from Gossip Girl that have blessed our TV screens. And don't even try to deny me on that one — you know you love him (XOXO, GG).

From the elaborate storylines, the catty characters, and extravagant lives these teens lived, Gossip Girl caught all of our attention like nothing else could. Thanks to this show, I thought I knew the ins and outs of macarons, Central Park, and rooftop parties. It went from showing the lives of Upper East Siders playing royalty at their private schools, and followed them through their journey into adulthood as more powerful and slightly more cynical Upper East Siders.

And while all of the leads often made some super morally ambiguous choices, none compared to Chuck Bass. He will forever be the definition of a problematic fave, because even though he made some wildly immoral and downright cruel decisions, he will still be my number one. And why? Because he’s Chuck Bass. But there are also other reasons, too. Here are some of his very best moments.

This was not his hottest moment out of the entire series, and the utter secondhand embarrassment I get while looking at this outfit never ceases to amaze me. However, the swag, the sunglasses, that look? All swoon-worthy. He is so lost when it comes to playing basketball, but the one thing Chuck Bass can do is steal my heart with these contrasting patterns. And I love him for it.

If you know the story of Chuck Bass and Blair Waldorf (endearingly known at Chair), you know it was one hell of a ride and involved way too many emotions. While Chuck refused to say the most important three words (eight letters) to Blair at the start of season two, by the end of the season, he admitted his cowardly ways.

Who wouldn't want a man to bring you your favorite macarons from Paris and your favorite stockings from Germany, then boldly admit he loves you? Classic Chuck Bass stealing our hearts, yet again.

3. The Peonies At The Top Of The Empire State Building

A man who knows what he wants and fights for his girl? Yeah, I dig it. Again, Chuck and Blair had their problems, but this scene showed us how much he fought for Blair, and the fact that he actually followed through and brought peonies (her favorite), was just the icing on the cake. All the Chair angst in the world is made up for scenes like these.

4. When Chuck Said Blair Was “The Only Thing I Ever Loved”

This storyline was tough to watch, because Chuck had gone through so much and felt like he'd lost everything to the point where he wanted to run away from it all. However, this last scene in Paris was gorgeous in a semi-noir way. The tragic love story element of this and the fact that he "destroyed the only thing [he] ever loved" (along with Blair admitting that he was truly loved in return) ruins me. Plus, Chuck Bass in non-designer street clothes is oddly satisfying (more than it probably should be).

As you can see from this whole article, I find Chuck Bass immensely attractive. And nothing made him more attractive than when he was at his most aggressive and intense. The "hate" sex that happened in this scene was pure fire, and this piano scene will forever be the piano scene. Weird choice of music, but even muted, Chuck is looking fine.

6. When Chuck Supported Blair Finding Herself

There's nothing I want more than a man I love who also supports me being a boss ass lady. Many men are intimidated by strong women, and that is a problem along with an obstacle in the dating world.

To see Chuck Bass give Blair the space to build her future on her terms was so refreshing. Yes, although he tried to convince her to pursue her career as his girlfriend at first, he realized that they would find their way back, so if she needed this to thrive, he would fully back her on it.

I have never been so attuned to a person's jaw, ever. Chuck always had that look of pure intensity whenever he flexed that thing and, wow, I am speechless. This Gif is almost just as hot as the other thing he was so iconic for, which was to say his name.

8. Any Time That Man Said His Own Name

Oh look at that. The last thing on this list includes a full six minutes of just Chuck Bass saying, well, "Chuck Bass." Especially from season one, his affirmation to mere mortals who didn't already know him (that he is goddamn the Chuck Bass), will never get old. And that smug little smolder? I am, yet again, weak for it.

More like this
36 Best Comments To Leave On Instagram For Your Bestie
By Rachel Chapman
Your Mars Sign Meaning Reveals A Lot About Your Sexual Needs, So Take Notes
By Roya Backlund
75 Funny WhatsApp Group Names For Friends Who Love To Spill The Tea
By Rachel Chapman
Stay up to date