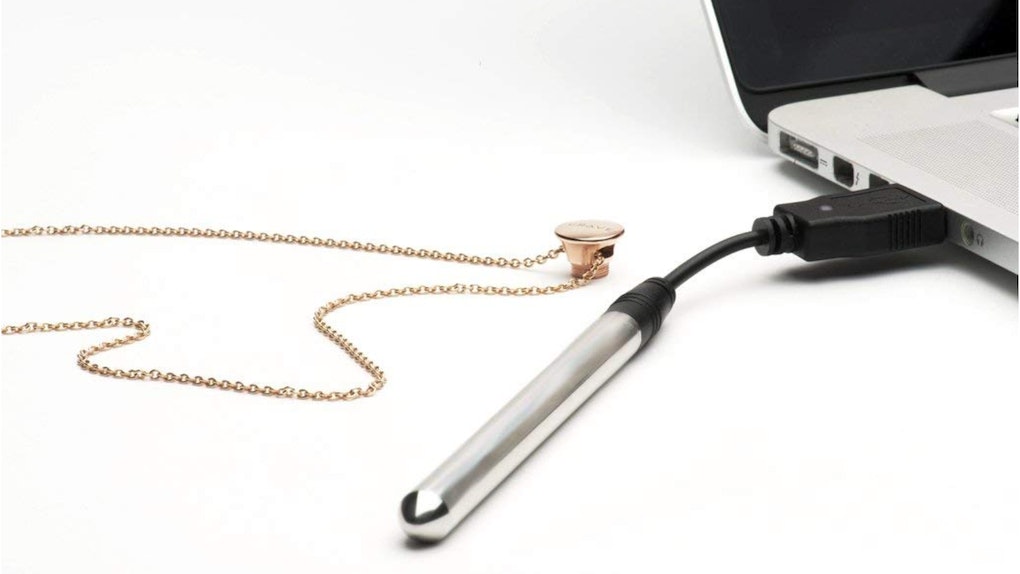 The word "discreet" means different things to different people — especially when you're talking about sex toys. For some folks, an oversized, penis-shaped toy is no big deal, so long as it's whisper quiet. Others like their toys shaped like lipstick tubes for easy stashing. Some, on the other hand, prefer vibrators that look and perform like a back massager, so it's easy to play things off if it's discovered by a roommate or parent. In other words? What makes a toy one of the best discreet sex toys on the market is pretty subjective, which is why it's important to figure out what you want before you shop.

Sure, the Hitachi Magic Wand Plus is one of the most recognizable vibes on the planet. But as one scene in Sex and the City demonstrated, it can also double as a neck massager — or, really, an any-kind-of-muscle massager. That doesn't just make this toy discreet, but it makes the $55 price tag much more justifiable.

The Magic Wand has four different intensity speeds, ranging from 2,700 to 6,300 vibrations per minute. It's a plug-in toy with an extra-long cord, so it's great for folks who don't want to worry about having to charge up their toy. This also makes it a discreet choice for travel: Since it needs to be plugged in to work, it won't accidentally go off in your carry-on.

4. The Most Discreet Butt Plug

5. The Most Discreet Male Masturbators

Hate the idea of a pocket pussy? Well, can I interest you in these Tenga Eggs, then? These strokers are among the most discreet on the market, thanks to their unique design. On the inside, each of the eggs have a different texture, and each texture is completely unique to anything you'd find in another masturbator toy. The only downside? These eggs are single-use — but that does, on the other hand, mean no clean-up is involved.

Bustle may receive a portion of sales from products purchased from this article, which was created independently of Bustle's editorial and sales departments.