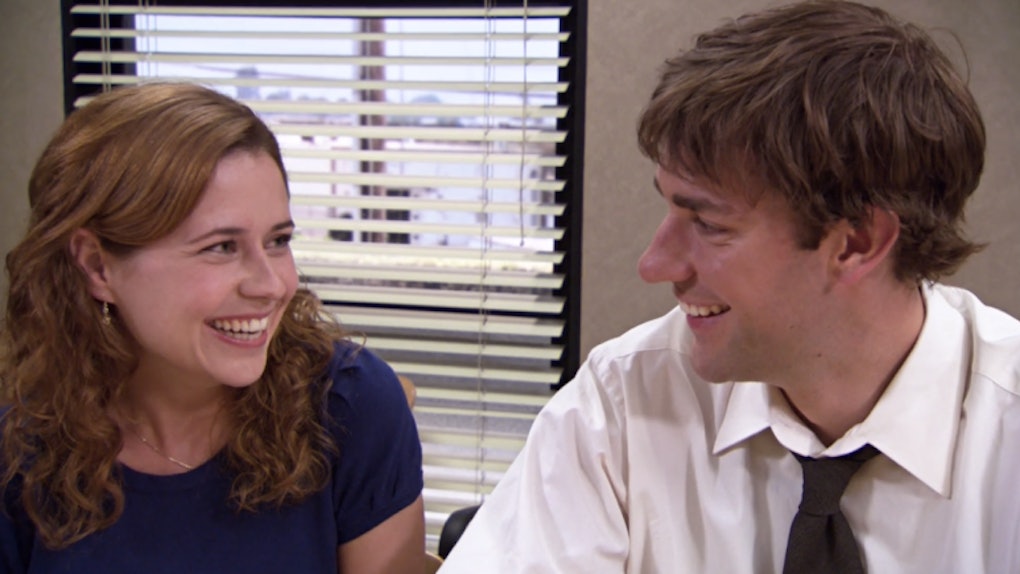 Are you ready for some majorly juicy stories? Well, seven women who caught feelings for their best friends just shared all of the details on Reddit AskWomen. From Harry and Sally to Jim and Pam, we've got plenty of examples of best friends falling in love to look to on TV and in movies. In fact, I'd go so far as to argue that it's one of our favorite romantic narratives. But, obvi, TV and movies don't always accurately reflect real life. IRL, developing feelings for your best friend can be way more complicated. What if they don't feel the same way and your friendship is ruined forever? What if they do feel the same way but you just don't vibe as a couple? What if they start dating someone else and it slowly crushes your soul piece by piece?! You get the picture. It's daunting. You're not guaranteed a happy ending like the characters in your favorite shows and movies.

But there is one universal truth that you can take comfort in if you're in love with your best friend: You're not alone. Plenty of people find themselves falling in love with their best friends. And, luckily, a few of them shared their stories on Reddit's AskWomen thread. Read along below as seven ladies share what happened when they started developing feelings for their best friends.

She was convinced he felt the same, but he was gay.

Oh god, yes. I was desperately in love with my best friend for ages. I thought he felt the same and was also just too timid to say anything. Then one night we're out and super drunk already and he pulls me away from the crowd and says he has to tell me something important. I was convinced that he's about to tell me he loves me, but he was just beating around the bush for a while. I had it and decided to make the first step. I was just about to get up and kiss him when he finally says what he wanted to say and tells me that he's gay. So that was that.

They were never able to get the timing right.

I have and it didn't turn out well. They actually admitted they had feelings for me first, but by the time I realized I felt the same things had changed between us. I told him, but I had screwed it up again and he didn't feel the same way. We're friends still, but he's dating someone else which is nice since he seems happy with her.

More than anything though I regret taking so long to realize and so long to make a move. I wonder if things would be different if I did something sooner. So if you have feelings for your friend just go for it OP.

They weren't on the same page, but it was OK.

Once had a very intense crush on my best friend, but not entirely in a sexual way in more of a 'I'd like a very very close friendship with also an intimate romantic side' kind of way? I don't know.

Anyway, I did eventually tell her how I felt after meeting up for coffee and talking for 3-4 hours. It really struck her, as she confessed there was a point she also had a crush on me as well but she had since met another girl over summer, and while they hadn't been dating she said she had too strong of a crush on her to have a different relationship. In all honesty, I wasn't expecting her to say yes anyway (She had talked about this other girl a lot) so this didn't come as a shock, and we parted on good terms. I told her I had to tell her to just get it off my chest and I knew we'd be parting ways soon anyway and it was then or never, and she agreed that I did the right thing, even if things didn't go in that direction anyway.

We went to different colleges and we've grown apart now, but I don't know if that was a consequence of this or any other reasons or just because we were never particularly good at conversing over social media anyway.

She never mustered up the courage to say how she felt.

I was in love with my best friend but never said anything. Ended up heartbroken when he blew me off for another girl... who’s still his girlfriend.

She told her years down the line and they laughed about it.

Female here and yes it was one of my home girls when I first met her I thought she was the cutest, I wanted to get to know all about her and be good friends.. crushed a bit. I told her about it years later randomly and she just laughed and was like for real? Lol shes my best friend nowadays I dont look at her like that no more she more of a sister to me

When they found out they liked each other it was too late.

Yup, big time. Had a crush on my best friend throughout college. More sexually than romantically. We used to hangout all the time. Kept contact through text messages from time to time after we both graduated.

Didn’t say anything until we met again after around 6 years, when we started reminiscing and found out we were on the same page and mentioned all the hints we missed back then.

Though we still are on the same page, we already have our own partners now. We still are friends and talk sometimes.

Had a crush on a male best friend. Told him. He rejected me. We remained friends until everyone realized how much of an ass he actually was.

Felt sexually attracted to a female close friend. Didn't say anything. We're still close friends, hung out a few days ago, actually. I still recognize her as a very attractive person, but am no longer attracted to her. That faded over time (forgot I even felt that way once until I saw this question).

OK, so none of these people had When Harry Met Sally- or The Office-level happy endings. But the nice part? Again, if you're having feelings like this, you're not alone. Plenty of people have been where you are.