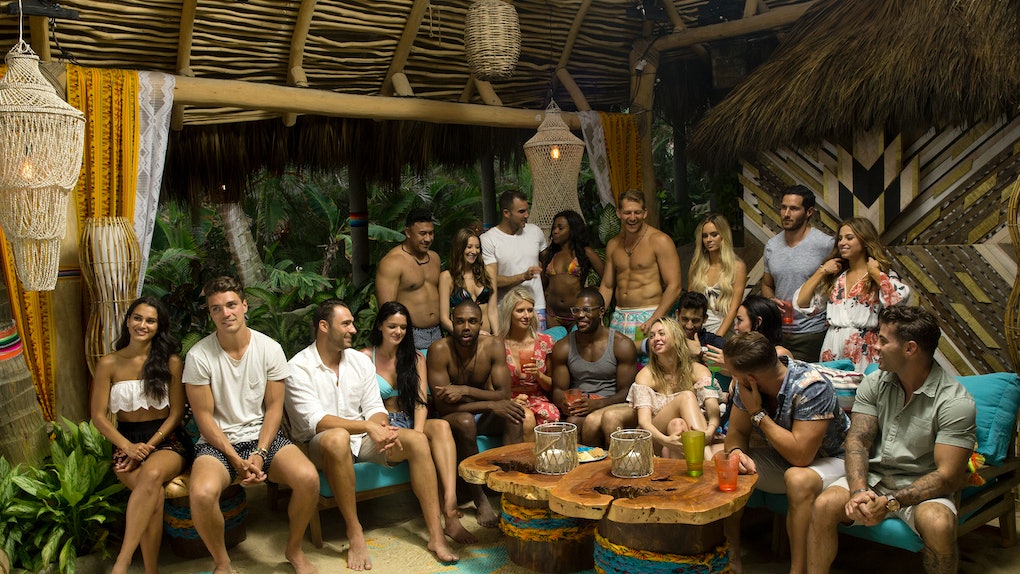 7 'Paradise' Contestants Who Barely Lasted On Their 'Bachelor' Seasons

Every year, Bachelor in Paradise blesses us with the return of our favorite Bachelor and Bachelorette contestants in a crossover of lovesick drama and heat-induced shenanigans. But the essential ingredients to every cast are the random people who barely uttered a word on their original seasons and somehow slid their way onto producers' lists of Paradise potentials. Sometimes these folks come and go as quickly as they did on The Bachelor, but in other cases, they hit a level of fame that no one ever anticipated. The unpredictability of these people's Paradise journeys is part of what makes the show addictive, so we need to revisit our fave Paradise contestants who barely lasted on their Bachelor seasons.

With the exception of Season 2's Jade and Tanner and Season 3's Carly and Evan, the majority of couples who make it to the end of a Paradise season always seem to comprise of these alums who popped out of nowhere. Of course, none of these pairs have lasted very far outside the Bachelor bubble, but that didn't stop us from enjoying their crazy hookups on our TV screens. After watching a Bachelorette inevitably end up with a slightly bland guy in the first half of summer, we always need a more relatable love story to reassure us that we're not the only ones struggling with dating.

Your memory of these people is probably a little foggy, but there's nothing like a trip through the past of Bachelor Nation to remind you that fame is always fleeting, right?

Lacy was cut on Night One of Juan Pablo's Bachelor season and then appeared on Season 1 of Paradise. She began the tradition of immediately eliminated contestants trekking to Mexico for another chance at the spotlight, and she certainly grabbed her 15 minutes when dreamy Bachelorette favorite Marcus Grodd proposed to her at the end of the season.

Although Season 2 contestants attended their televised wedding the following summer, the couple later broke up, revealing they were never legally married. Marcus also claimed that Lacy didn't want to move forward in their relationship and essentially ghosted him, so it's no surprise that the franchise now pretends that these two don't exist.

Samantha made it to Week 5 of Chris Soules' season, but she was a quiet background player in a season packed with domineering personalities like Kaitlyn Bristowe, Ashley Iaconetti, and Britt Nilsson. Season 2 of Paradise turned out to be her shining moment, but before she left the beach in a relationship with Bachelorette Season 7 alum Nick Peterson, she had some drama with Season 11 contestant Joe Bailey, who she briefly spoke to before filming started. Arriving later in the season, Samantha disrupted Joe's budding relationship with Juelia Kinney and upset the group when they discovered her previous connection to Joe. LOL, remember when contestants sliding into each other's DMs was unheard of?

3. Brandon Andreen (Season 9 of 'The Bachelorette')

Brandon had made such a weak impression on people during Desiree's Bachelorette season that when he showed up on Season 3 of Paradise, other contestants weren't even convinced he had ever been on the show. Chris Harrison even pretended not to know him, so that's how you really know people have forgotten you.

Things grew even messier for Brandon when he asked Haley Ferguson, one half of the infamous twins, on a date and she switched places with her sister Emily in the middle of dinner. Brandon didn't notice the swap, instantly blacklisting himself from any future Bachelor Nation fame. Don't worry, Brandon, I'm sure you're better off.

Something about the name Lacey just doesn't bode well in the Bachelor mansion. Nick Viall eliminated Lacey on his first night as Bachelor, which made her a bit of an outsider on Season 4 of Paradise. Although she went on dates and flirted early in the season, Lacey was inexplicably waiting for Daniel the Canadian to show up. He finally did, but even when they admitted toward the end of the season that they were into each other, the relationship wasn't meant to be.

At the season's reunion special, Lacey shared that she felt Daniel strung her along to stay on TV, and footage from the morning after their fantasy suite date low-key confirmed that.

A Night One castoff from the most recent Bachelor season isn't unheard of on Paradise, but one whose season aired more than a year ago is pretty rare. We'll have to wait and see if Angela makes up for her early sendoff from Nick's season in Paradise Season 5, but she revealed on The Ben and Ashley I. Almost Famous Podcast that she was meant to appear on Season 4 last year. The season briefly suspending production actually foiled several contestants' plans to appear on Paradise, including those of Bachelor Winter Games star Courtney Dober, but maybe Angela finding love this year will rectify any troubles she faced last summer.

Duh. Arguably becoming the franchise's most beloved contestant sent home on Night One, Grocery Store Joe's rom com-esque intro package quickly won him a place in viewers' hearts. As expected, he's already a hot commodity on Season 5, flirting with Tia Booth and Krystal Nielson before seemingly sticking with Kendall Long for now. So far, Joe hasn't really done anything to fall out of favor with the internet, but the Paradise trailer does hint that he gets caught in a nasty love triangle. Here's hoping he pulls through with his reputation unscatched.

Never forget that without ever appearing on any Bachelor series, Lauren, the younger sister of franchise mainstay Ashley I., randomly popped up on Season 2 of Paradise and everyone just ran with it. Chris Harrison even instilled a rule that if only one sister received a rose, both Iaconettis would remain on the show. Lauren brings an entirely new meaning to Paradise contestants who barely lasted on their first season, and there's a reason that the show hasn't tried anything like this since.

After admitting she was a mistress, Lauren threatened to quit if a certain guy didn't ask her out. The said contestant asked someone else on a date, so Lauren left in Week 2. The sisterly act received a ton of buildup for something that was over so quickly, so it isn't surprising that other contestants' siblings haven't been invited to newer seasons.