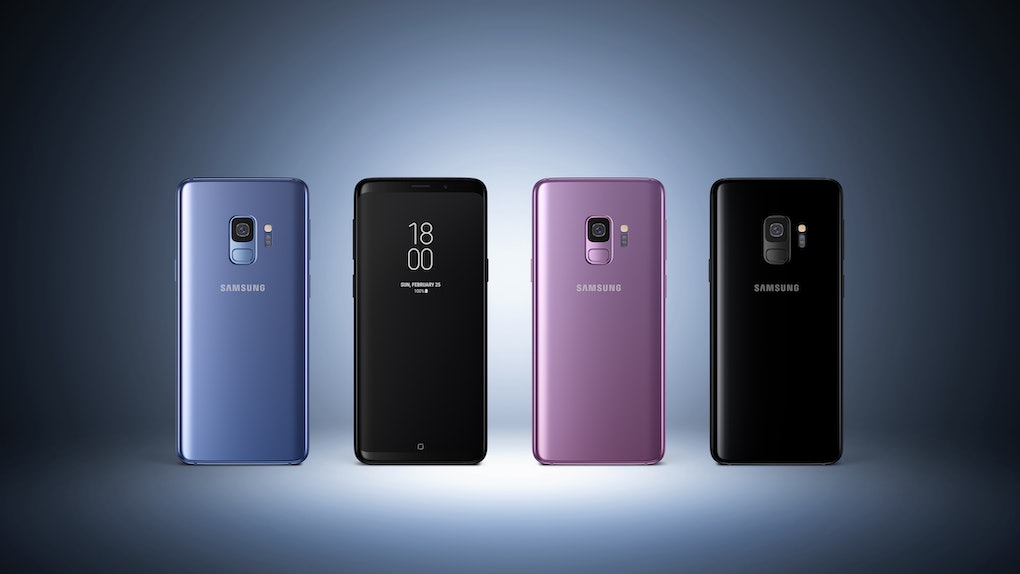 For the last six years of my smart phone-using existence, I'll admit that I've been stereotypically labeled "an Apple person." Apple's smart phones seriously seemed like a gift from above after way too many years of using a super dorky flip phone, and thus I became a devout iPhone user. But these seven cool features of the Samsung S9 and S9+ are seriously blowing my mind, and I don't know that I can ever go back. Coming from a non-technologically savvy person, the features on the new model are really damn cool.

Regardless of if you're merely exploring the Samsung S9 or S9+ purely for the sake of entertainment or for practical use, certain features are incredibly useful for traveling, beauty-related purposes, cooking, health, and even for some serious photography. Delving into the world of Androids initially felt a little bit weird, like, I felt like I was cheating, or something. But after getting beyond all of the basic differences and the weirdness, it's safe to say that I'm pretty comfortable with the Android. I won't lie to you guys, it was an interesting switch, to say the least, but there are so many features useful for everyday life. It's definitely worth considering, if you haven't already.

Whether you're at a baseball game, or if you're just sitting at the bar waiting for your drink, getting use out of the Super Slo-Mo feature is really fun. Just take a video and click the Super Slo-Mo button. Then, you're able to turn a .2 second clip into a hella dramatic six second slo-mo video. You can even make a GIF out of your Super Slo-Mo video, and that's always pretty cool.

To create an Augmented Reality (AR) Emoji for yourself, just go to the AR Emoji camera setting, and take a selfie. It'll essentially create a talking and moving cartoonized version of yourself, which can talk as you talk, or you can make it do something from a template (kind of like a moving Bitmoji). You can further customize its hair and clothes, and you can send it through any communicative app, including the Samsung Messaging app. I won't lie, I'm kind of obsessed with mine. I mean really, look how cute she is!

The newest Android has wider range of apertures than any other smart phone, which essentially allows you to take some super high quality photos, even when it's dark outside. It goes the same for when it's really sunny, because even the brightest of days won't totally blow out the background of your picture. It's great if you use your phone to take a lot of pics... and as an Instagram addict, it's safe to say that I do.

Bixby is a sweet feature that comes with the latest Android, and it allows users to get involved with some other pretty funky AR stuff. One feature I really enjoy is Makeup, which allows users to look at themselves in selfie mode, while "trying on" different kinds of makeup. You can virtually try on anything from lipstick, to eyeshadow, and even foundation, as they show what it would look like, directly on your face. At the end, you can see everything you've tried on, and you can get the link to buy it from Sephora. If you're lazy like me and you hate going to the store, it's super handy.

Whether you're exploring a new city or if you're like me and you've lived in the same city for over two years and are still getting the hang of it, Places is awesome for finding your way around. Just by going into Bixby Places and pointing the camera at your surroundings, your Android will point out anything from landmarks to bars, gyms, and even restaurants. It gives you contact info and the website for what you're looking at, and it might even give you a little background info. Looks like it successfully found my favorite neighborhood brunch place, so I'm obviously satisfied.

If you're traveling, but the native language isn't the same as your own, Bixby text can actually translate signs for you. Aim the camera at a sign, and it overlays text in the language of your choice. It recognizes up to 54 languages, and you can save a photo of a sign if you want to remember what it says. As you can see, I translated the above box for my headphones (left) into French (right), and it literally superimposed the translation over the original text.

Not only can you point the camera at any unlabeled food and identify its nutrition facts, but Bixby can also identify dishes and pull up Pinterest recipes on how to replicate it. Not gonna lie, my weeknight meals were just brought to a whole new level. As you can see above, it literally analyzed my leftover home fries I made last night. So weird, but so cool.

Even if you're not planning on getting a new phone anytime soon, testing out the new S9 or S9+ is super entertaining. Whether you're traveling, cooking, or if you just need a little entertainment, some of these features are super cool, and beyond helpful.