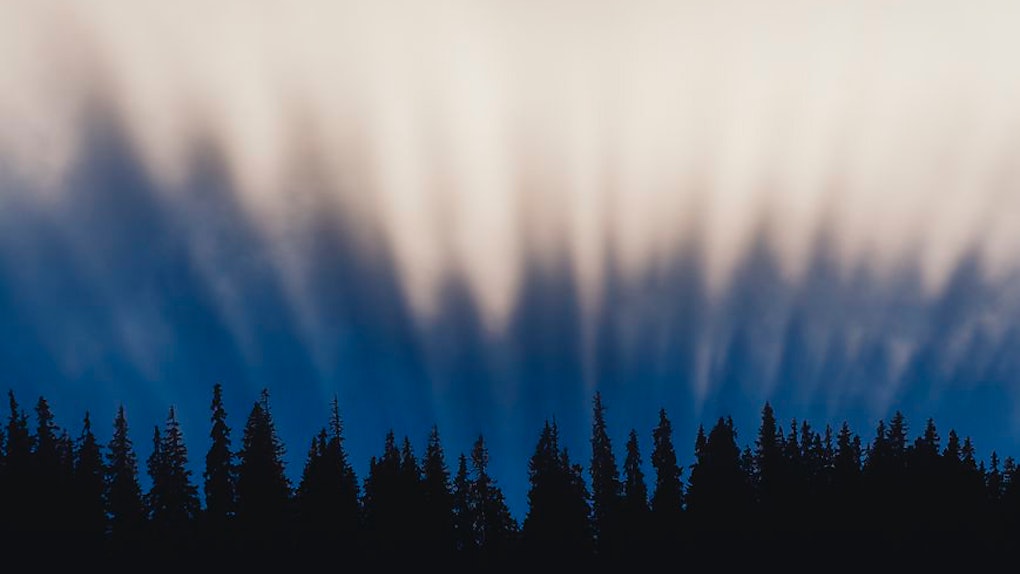 The winter solstice scientifically marks the shortest day and the longest night of the year for everyone in the Northern Hemisphere, and with that universal solar experience, it's natural for a whole bunch of absurd theories and traditions to come with it. Since the religious aspects of the solstice are less mainstream nowadays (raise your hand if you're a Pagan), we tend to forget that the short night a few days before Christmas might actually mean something in its own right.

1. The Winter Solstice Is The Longest Night Of The Year

Sure, the winter solstice happens at a pretty dark and cold time of the year for most of us up here in the Northern Hemisphere. Plus it's only a few days before a certain other holiday that's a little bit, um, more popular, but that doesn't mean people don't celebrate the winter solstice in other parts of the world.

Believe it or not, there are tons of spiritual and Pagan practices that people perform to celebrate the winter solstice, many of them similar to the festivities we usually tie to the new year holiday and Christmas: feasts, gift-giving, and celebrations over the new (solar) year.

3. The Winter Solstice Marks The First Day Of Winter

4. The 2017 Winter Solstice Will Be The Worst Day Of The Year

OK, this one is pretty dramatic, but apparently there are some people who believe that this winter solstice will be a pretty awful day, primarily because it coincides with Mercury being in retrograde until Dec. 23.

With all of these astronomical events working against us (shorter days filled with chaos — lovely), it might be ideal to plan a stay-at-home party to celebrate the solstice, just to be safe.

5. The Earth Is The Closest To The Sun During The Winter Solstice

The Earth does not orbit the sun in a perfect circle; rather, it works in an elliptical shape, so that there's a point in the year when Earth is closest to the sun, and a point at which it's farthest from the sun. The funniest thing about this is that neither of those times are related to the winter or summer solstice.

6. The Winter Solstice Is All About Darkness

For this reason, the longest night is also known in northern Europe as the "Mother's Night," a day focused on rebirth, light, and forward movement.