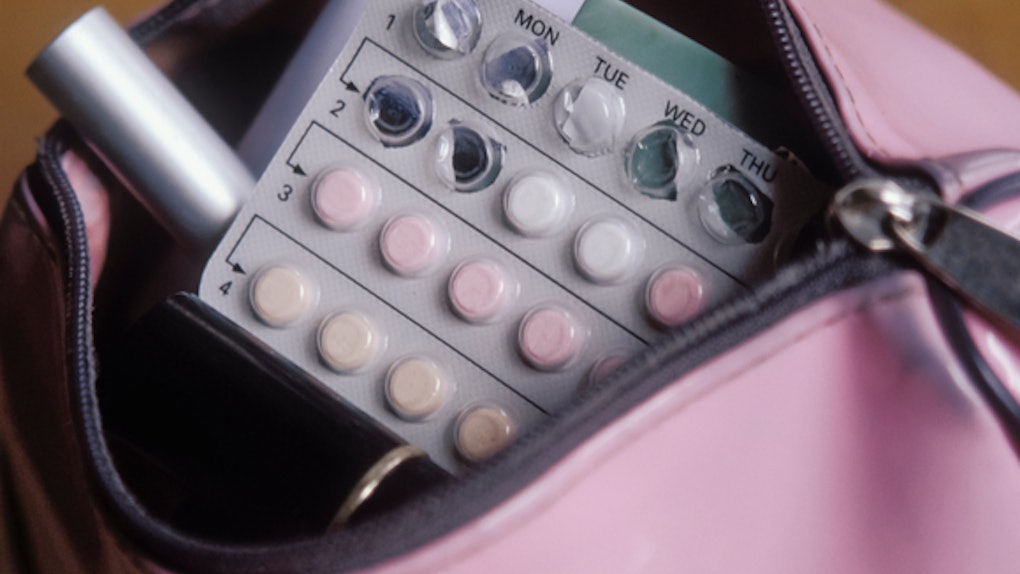 6 Things That Can Affect Your Birth Control Pill, But You Probably Never Think About

If you're on the pill, you might think that you're totally set on the whole no-pregnancy thing. And to be fair, you're certainly off to a good start, given that you have a prescription for contraceptive pills. But there are a lot of things that can affect your birth control pill, some of which are obvious, and some that you'd likely never even begin to have a clue about.

Birth control is, at its base, a form of hormonal regulation. More specifically, the hormones distributed to your body via the pill work to prevent ovulation from occurring so that sperm can't fertilize your eggs. Isn't science fascinating?

It follows that any sort of hormonal regulation, if disrupted, won't do its purpose. Unfortunately for you, there are many ways in which you can accidentally get in the way of yourself, and unintentionally make the pill ineffective.

If you're on the pill, it's pretty likely that you wouldn't be stoked about an accidental pregnancy. (If you would be, it might be time to re-evaluate your lifestyle choices and be more clear about what you want, and from whom.)

For this reason alone, you might want to be aware of these six things that can cause your birth control to fail.

1. A Change In Temperature

Changing the temperature of your birth control packet can make the pills inactive once you finally ingest them. If you're someone who keeps your pill packet with you at all times, you might want to think about keeping it in your apartment instead, and taking it every time you wake up, or right before you go to sleep.

Think about it this way: If you keep your pills in your purse and then leave your purse in a car for two hours in the heat, your pills might bake themselves into oblivion, and you might unknowingly be having unprotected sex. Be sure to keep your pills in cool, comfortable conditions where they're exposed to little or no direct sunlight.

To be safe, you should speak with your doctor prior to going onto a new medication about how it will affect whatever form of contraception you're using.

3. Using St. John's Wort For Treatment Of A Mood Disorder

St. John's Wort is an herb commonly used as a homeopathic treatment for depression and anxiety, but it can also increase the breakdown of estrogen, which will inevitably make your pill less effective.

If you're intent on continuing to use St. John's Wort to treat a mood disorder, you might want to speak with your gynecologist about switching to a non-oral form of contraception, which won't be affected by the herb.

If you have bowel or digestion issues, such as inflammatory bowel disease, then that means your body isn't necessarily breaking down nutrients or medication the way that it ideally should. If there's something going on with your body that prevents proper metabolism or digestion, you should talk to your doctor about potentially switching to a different form of birth control, since the pill depends entirely on your body metabolizing hormones.

5. Not Taking The Pill At The Same Time Every Day

You might already know this, but not taking the pill at the same exact time every day will reduce the efficacy of your birth control.

The pill starts out as being between about 94 and 97 percent effective, but if you take it sporadically throughout the day (past a three-hour window), or if you skip a day because your "immunity has built up and it won't make a big difference" (we've all heard this line before), then the efficacy of the pill can drop significantly.

There's a reason why your gynecologist encourages you to use a condom even though you're already on the pill. Ninety-seven percent effectiveness still falls short of foolproof, 100 percent prevention, and this is a distinction people typically don't make or appreciate enough. There's always a chance that you will fall into that rare three percent, which is why it's super important to stay on top of your menstrual cycle, and to be in touch with your gynecologist about what your best and safest options for contraception are.

Plus, the pill does not prevent against STDs, and nobody's looking to get one of those, right?

More like this
These 40 Clever Vaccine Selfie Instagram Captions Deserve A Shot On Your Feed
By Rachel Chapman
15 'Schitt's Creek'-Inspired Mother's Day Cards On Etsy For The Moira In Your Life
By Rachel Chapman
The Netflix Reality Show You Should Watch, Based On Your Zodiac Sign
By Chelsea Jackson
Stay up to date