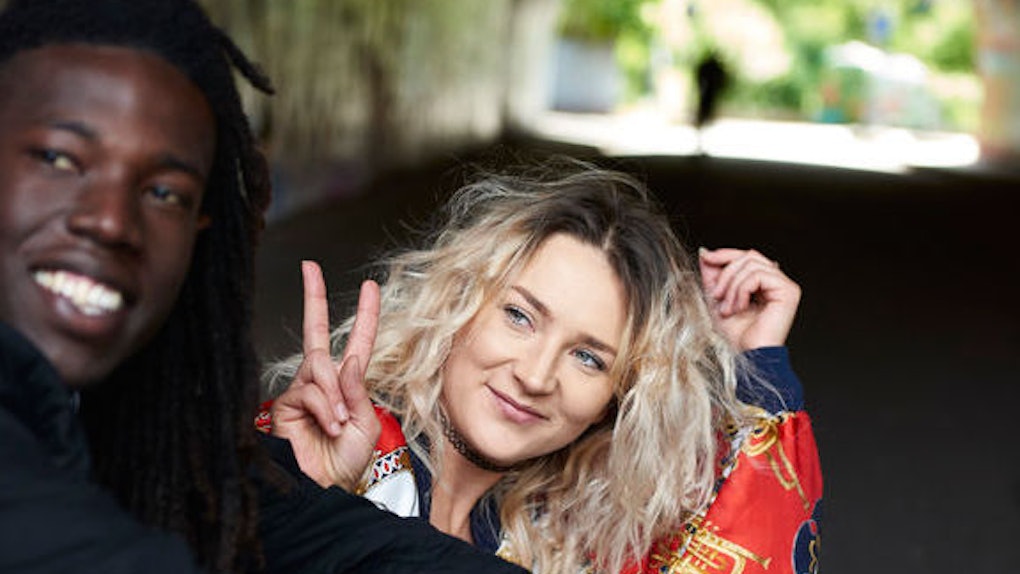 Let's face it, breaking up is a game and, with every game, there is a winner and a loser. Sure, sometimes you both win or you both lose in which case you call it a draw. But, oh trust me, these real-life stories about winning the breakup from the ladies on Reddit AskWomen will leave you feeling so satisfied.

She won by being happy for him.

Well, I thought he was limiting my life and happiness, and in being in a relationship with someone who didn't love him, he was experiencing the same.

He is now beautifully happy, getting married to a woman perfect for him, and I am reaching new heights mentally and emotionally on my own, while dating someone for nearly 2 years.

I won the breakup because I was right and made the best decision for myself and someone I once cared about. We could have kept on another decade in empty, surface level happiness. Now we have something deeper.

She uses him as a barometer for how good her hair looks.

It's been 4 years and he still texts me as a pathetic way to get back in. We work in the same building and I judge how good my good hair days are by whether I get a sadcringe text from him.

He never accomplished any of his goals.

As he broke up with me he excitedly told me of all the things he was going to do 'now'; finish his bachelors, get laser eye surgery, save some money, hit the gym and get fit, quit smoking and plan his next career move. All I thought was "I'm not holding you back from any of that".

It's now over a year later and I graduated my Masters degree with a 4.0 GPA, got a great job in my industry almost immediately, got laser eye surgery myself, have saved almost half of a deposit for an apartment, have been learning to ride horses for a year (a lifelong dream of mine) and my current boyfriend is a truly, truly amazing person and tomorrow we celebrate six months together.

Meanwhile ex is still randomly texting me about 'catching up'. oh and he's still bartending at the same restaurant, dropped out of uni, still has glasses (to be fair he got new frames and they look much better than his old ones), got fatter, still smokes, and now also has a really awful moustache. But most of all he hasn't matured at all, and is still extremely passive aggressive, self absorbed and emotionally immature. Until he changes I can't see how he'll find a happy relationship, nor be very happy with himself. I found I had truly moved on when I didn't feel vindictive joy at 'winning', instead I felt sorry for him.

She was cool with ignoring his texts.

I was dating this guy last year for a few months until he ended things out of the blue. I was really hurt and upset but it. One year later he texts me something completely random as if trying to pick up a conversation that we left off. It's been a year since we've talked and he texts me something I couldn't respond to. So I ignored it and kept moving on. :)

She knows her life is a million times better than it was with him.

I met and fell in love with an amazing guy who is a better match for me in every respect, whereas he’s planning to marry a woman he tells me he doesn’t love because he thinks it’s time to settle down and start a family. He’s also in a miserable job that he’s already quit twice before, whereas I’m in a new job and getting paid very well for my city. He tried to reminisce with me about how things could’ve been between us and I’m just like... sorry your life sucks but mine is awesome now and I’m sooooo glad we didn’t end up together.

He's stuck with a cheesy tattoo professing his love to her.

He got a tattoo to celebrate when I said 'I love you' back to him for the first time, a flower with a petal falling saying 'she loves me'.

He cheated on me and I dumped him so he still has that tattoo forevermore.

Don't relate to any of these stories? That's OK! You have to remember that "winning" a breakup means different things to different people. Just because your ex doesn't text you all the time or you're not necessarily happy for him and his new wife doesn't mean you're the loser of your breakup!