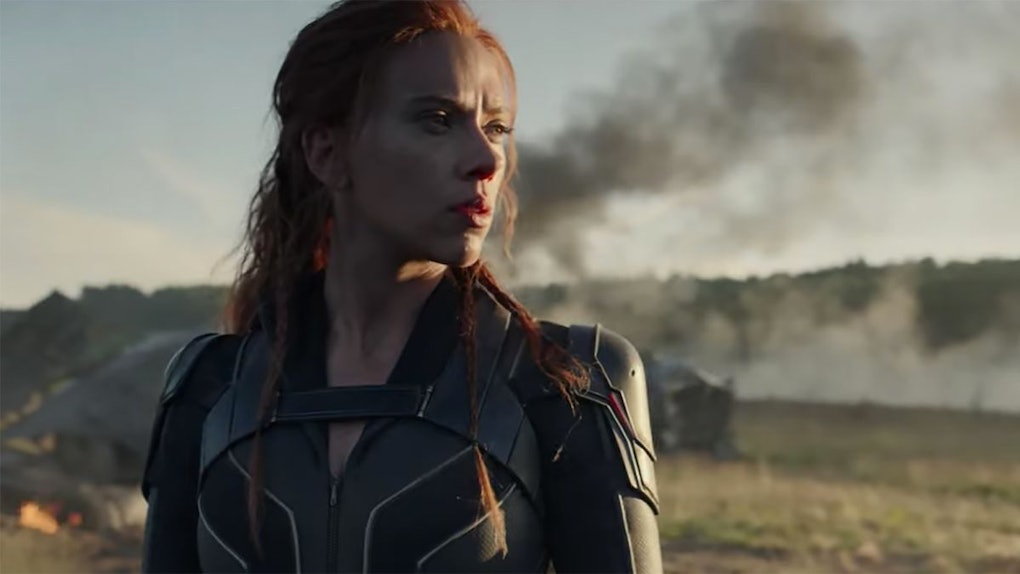 6 Details In The 'Black Widow' Trailer You Definitely Missed

Marvel is rolling into the new decade with a new slate of films and TV series, which collectively will be known as "Phase IV." This Phase will include the introduction of The Eternals and Shang-Chi, sequels to Doctor Strange and Thor, and a slew of Disney+ TV series. But it all kicks off with a look back at Black Widow, the one character from the first three phases who never got a standalone film. These details in the Black Widow trailer suggest that though this film is set in the past, the story will be important going forward.

This matters because, unlike everyone other Marvel film so far, this one features a character who is dead. Black Widow had to be a film set in the past because, in Marvel's present timeline, she's deceased.

For some, that leaves the question of why is this story the one opening Phase IV? If fans already know her fate, why dwell on Black Widow's story? The answer is that this may set up characters going forward in the Avengers universe. Multiple women work under the Black Widow moniker, and no current main antagonist for the Avengers to face now that Thanos is gone. So this may be reaching back to develop both good and bad guys who have been waiting in the shadows to step forward in later films.

As for what you may have missed:

The first 20 seconds or so of the trailer, Natasha seems to change her hair a bunch. That's not a weird ending job like in Avengers: Endgame. It's because these are all clips from the earlier Avengers movies, setting the era to before the events of Infinity War.

The opening shot shows an old European city, which is none other than Budapest. The city looms large in Natasha's mythos, as she and Hawkeye discuss it several times. Notably though, whatever the S.H.I.E.L.D. mission was, it happened well before the first Avengers film. So this is not a film based on those events, but Natasha returning to face the fallout.

He may be a bit unrecognizable due to de-aging, but this is Thaddeus E. "Thunderbolt" Ross. He was first introduced in The Incredible Hulk, and then became the face of the government signup program in Captain America: Civil War. He was last seen in Infinity War & Endgame.

The film's two secret weapons are Florence Pugh and Rachel Weisz, as two other Black Widow agents. In the comics, Vostokoff moves up to become Iron Maiden and an enemy of Black Widow. It is unclear at this time if the movie will follow that plotline. But introducing two Black Widows does suggest the franchise is planning to keep at least one around post-Natasha's fall in Endgame.

Meanwhile, David Harbour plays Alexei Shostakov, who is Captain America's Russian counterpart, Red Guardian. The trailer suggests that unlike Rogers, who stays fit and ready to fight, Shostakov has been in retirement for some time.

And finally, the Taskmaster, the film's main antagonist. Currently, they are described only as a mercenary and foe of Black Widow. But in the comics, he is a 1980s era villain who injected himself with a serum that allows him to mimic something after only seeing it once.

That means as the character faces each Marvel hero, he absorbs their skills, from Shang-Chi to Daredevil. (It also means he could roll forward into other upcoming films.) From the looks of the trailer, those include Hawkeye's marksman abilities. Perhaps from the last time they met in Budapest?