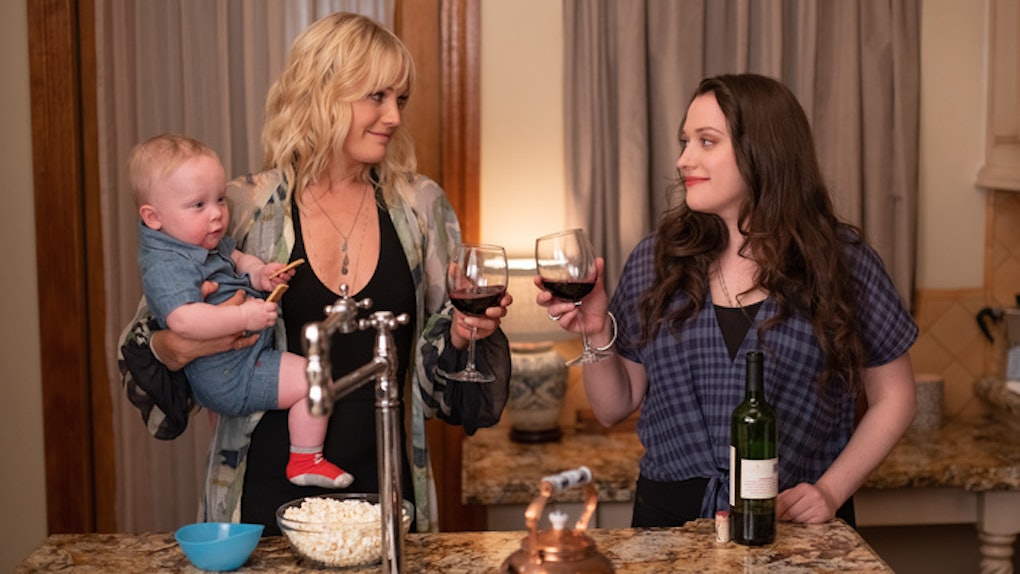 Thanksgiving is an odd holiday in the entertainment world. Halloween gets new spooky horror films to indulge in every year; Christmas sustains both the Lifetime and Hallmark channels for the entire fourth quarter. But Thanksgiving, which is sandwiched in between, doesn't get a lot of movie love. Most of the time, the Thanksgiving holiday is full of Food Network reruns and football before giving way to Christmas-themed films. But for those looking for turkey-based entertainment, these Thanksgiving movies to stream are proof there are festive films out there... if you know where to look.

For most people, Thanksgiving is the moment when the holidays begin in earnest. It creates a four-day weekend that’s perfect for shopping, decorating, and lounging around at home. However, people rarely treat Thanksgiving as its own special day, instead of a gateway to present-ville. Instead, it's the meal before the sales, the pause before Black Friday and Cyber Monday take over. And the entertainment world has followed this notion, often skipping over Thanksgiving for December holiday fare.

But Thanksgiving can have its own holiday storylines, with cooking a big meal being fodder for comedy and family tensions being a great source of drama. The following movies are a good reminder that the holiday has a lot to offer, alongside the green bean casserole and mac and cheese.

A brand new film for the 2020 holiday season, Friendsgiving gives Thanksgiving the ensemble cast comedy treatment. The plot is relatively simple, as Molly and Abbey host a dysfunctional Thanksgiving dinner for their friends in place of having a family to visit. The film is rated R, so brace yourself for raunch.

Starring Malin Åkerman as Molly and Kat Dennings as Abbey, the collective cast also includes Aisha Tyler, Chelsea Peretti, Christine Taylor, Jane Seymour, Deon Cole, Wanda Sykes, Margaret Cho, Fortune Feimster, Jack Donnelly, and Ryan Hansen. The film only just released in theaters last month, so it's not on subscription streaming yet. But it is rentable via Amazon for the time being.

A cartoon classic from 2013, Free Birds is a strange blend of 3D computer animation, science fiction, and comedy telling the story of a pair of turkeys who time travel back to prevent Thanksgiving. It was the first feature-length film from Reel FX (the same company behind the lovely The Book of Life). It stars Owen Wilson and Woody Harrelson as the lead turkeys, one domesticated and pardoned by the president, the other the leader of the Wild Turkey Freedom Front (T.F.F.)

Other notable stars in the film include Amy Poehler, Colm Meaney, and George Takei. Free Birds is currently streaming on AMC+ and Amazon's AMC add-on channel.

For those looking for a Black Friday black comedy/thriller, there's The Oath. Produced by the same team as Get Out and BlacKkKlansman, this "near future" comedy imagines a world in which the president demands the American people sign a legal document swearing allegiance to the United States government by Black Friday.

The film stars Tiffany Haddish as Kai Albert, who resists signing the oath, Ike Barinholtz as her husband Chris, and John Cho as Agent Peter Barber, who tracks Kai down to question why she won't sign. The Oath is streaming on Hulu.

Some fans may forget how for back Katie Holmes’ acting career really goes. After her run on Dawson's Creek ended in 2003, she made the movie Pieces of April, a Thanksgiving comedy-drama in which she stars as April Burns, a young 20-something living in a tiny squat tenement on the Lower East Side of Manhattan.

Despite having barely any kitchen space or room for guests to hang out, she invites her whole family up for Thanksgiving, since her mother is dying of breast cancer, and it will probably be her last. Both laughs and tears ensue.

Do I have to explain A Charlie Brown Thanksgiving? Lucy and the football, Linus and the gang, Peppermint Patty inviting herself over, and Chuck unable to say no. There are two Thanksgiving dinners, and neither of them go well. The cartoon is only 25 minutes, but it's a holiday classic, the kind that's been playing so long, everyone can be nostalgic about it.

But this year, it's not on broadcast TV. Apple has taken over ownership of the historic Charlie Brown holiday cartoons, moving all of them to stream on Apple TV+. But all hope is not lost for those who have not signed up for the service; it will also air (and stream) ad-free on PBS.

This article was originally published on November 12, 2017

More like this
'He's All That': Premiere Date, Cast, Trailer, Filming News, & More
By Dylan Kickham
Is Netflix Making A 'To All The Boys' Spinoff Series About Kitty? Here's The Tea
By Rachel Varina
15 'Schitt's Creek'-Inspired Mother's Day Cards On Etsy For The Moira In Your Life
By Rachel Chapman
Stay up to date