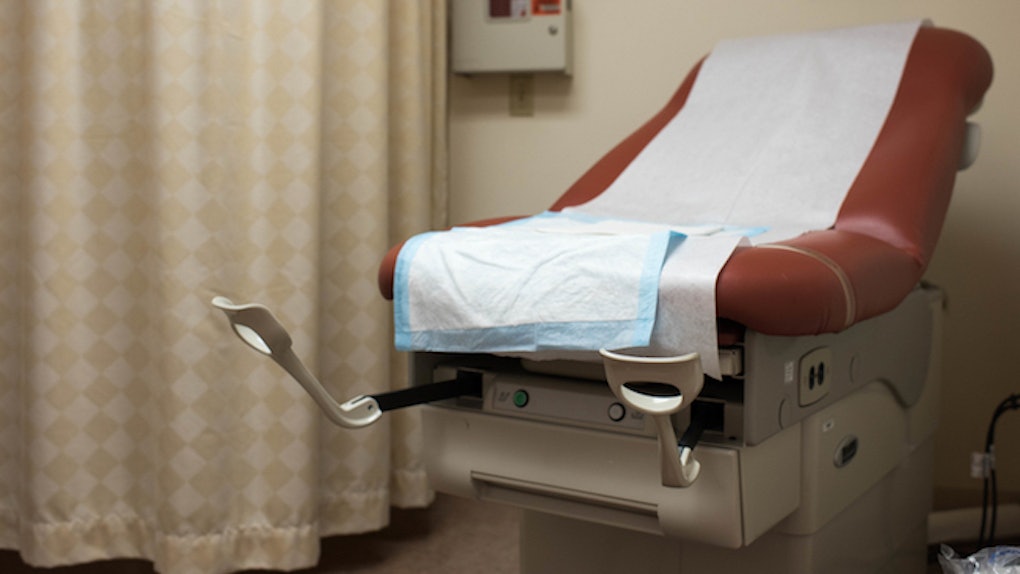 When you think of sexually transmitted diseases, you usually think of something like warts on your mouth or a rash on your bikini line, right? Well, the reality is that not all STDs manifest in visible ways on your face or your genitalia, but that doesn't mean the infections aren't there. STDs with no symptoms are a real thing, and being ignorant of potential diseases you may have that are asymptomatic while engaging in unsafe sex is doing you no favors.

I spoke with Dr. Leah Millheiser, a clinical assistant professor in the Department of Obstetrics and Gynecology at Stanford University Medical Center and the director of the Female Sexual Medicine Program, about how to detect sexually transmitted infections that don't typically show symptoms in women.

The tough truth is many STIs can go without showing symptoms for years, Millheiser tells Elite Daily. Of the many STDs that exist, human papillomavirus (HPV), gonorrhea, chlamydia, syphilis, and HIV can all be asymptomatic.

"It's typically gonorrhea, chlamydia, and high-risk HPV that can be silent for the longest period of time," Millheiser says.

"HPV virus is always in your system, but your immune system in general will keep it in check," says Millheiser. "You may have a period of time where the virus is expressing itself, but the immune system puts it in remission."

If left undetected and untreated, syphilis can also be fatal. HIV, herpes, and HPV, unlike other diseases, are treatable, but not curable, says Millheiser. (Although HIV can lead to AIDS, which can be fatal.) The warts that you get from herpes can go away, even if the disease is still in your system.

Some symptoms you may have with gonorrhea and chlamydia are "abnormal discharge" and "burning with urination," according to Millheiser. There is a very rare potential chance that these two diseases could lead to death if the patient leaves the disease untreated.

"For younger women, I recommend annual screenings for gonorrhea and chlamydia," says Millheiser. "For pap smears and HPV testing, that's every three to five years."

The most important thing you can do for your sexual health (and others') is to get routine STD testing. Make an appointment to see your gynecologist, primary care physician, or visit a health center like Planned Parenthood for your regular screening check-up. And whenever you have sex, use protection like condoms and dental dams.

Remember that it's better to be in-the-know of your health, rather than sorry — even if you neglect to get yourself tested, which you shouldn't do, ignoring the tests doesn't make the diseases go away. So get to it: get tested and get healthy.