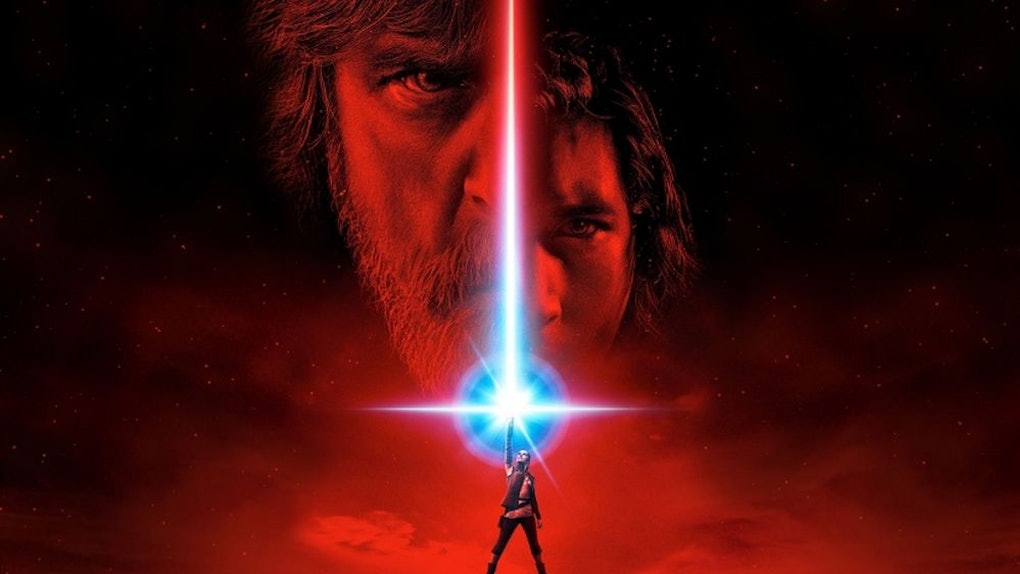 5 'Star Wars: The Last Jedi' Theories To Hold You Over Before The Movie Premieres

History will record that the Year of Our Lord 2017 was one that was like any other. It was made up of 365 days, the earth went around the sun, the moon rose regularly. Babies were born and old people died, as they do. And yet, this year, I think we can all agree, has felt like an eternity at points, a never ending slog that reminds us all that "May you live in interesting times" is a curse. The next 10 days until Star Wars comes out are no exception. So here are some Star Wars: The Last Jedi theories to help tide us all over until the 15th of December finally arrives, goddesses willing.

"But how can there be theories?" one might ask. Much like Star Wars: The Force Awakens, Star Wars: The Last Jedi has kept almost all their plot points under wraps. We still don't know who Rey's parents are, for instance. We have no idea how Leia will respond to Kylo's Fun With Patricide incident either. We still don't know anything about Snoke. And there are tons of new characters (like Laura Dern's amazing purple-haired Admiral Amilyn Holdo) who are complete mysteries.

But never fear, my friends. This is the internet, Reddit exists, and there have been trailers. Of course there are theories. Let's run down the five most popular.

One of the most fun fan theories running around currently is that Star Wars: The Last Jedi will tie in Star Wars: Rebels, the highly popular cartoon spin off that followed Star Wars: Clone Wars.

How? By Bencio del Toro's mysterious character "DJ" actually turning out to be the old man version of the cartoon's character Ezra Bridger. Bridger, for those who don't watch the series, is a young human male Jedi Padawan, the kind that's always learning lessons. Fans think after the Jedi fall when Luke's school is taken down, he goes on to be a Han Solo scavenger type.

At least the age makes sense. Ezra would be 53 by the time of the events of Star Wars: The Force Awakens. BdT is 50.

Snoke Is A Red Herring

At the end of The Force Awakens, fans were wild to see Snoke, the new "emperor" stand in for the Dark Side of the Force, and the master who Kylo Ren is trying to please. Theories ran the gamut of Snoke actually being four apples tall, to the size of a planet.

But now they run a different direction: Namely, that Snoke, like communism, was just a red herring. He's not the bad guy at all. In fact, he might not even survive this movie. Why?

Luke Is The Movie's Villain

Because the real villain of the movie is Luke Skywalker. This has been floating around ever since the trailer where Luke says he needs to fear Rey's raw power more. Yoda said that fear leads to the Dark Side, and that Luke's inability to let go of being afraid is why he fails. Will the fear of Rey, and the regrets of the past drive Luke to betray the last of the Jedi, aka, himself?

Speaking of the Jedi, what is in those books highlighted in the trailer? Some think Luke had uncovered Jedi secrets of a dark past, and that's why he wants to put the order down for good.

Rey Is A Kenobi

Most people think Rey is going to turn out to be a Skywalker. It makes sense: These trilogies so far have been the story of the Skywalker clan, first Anakin, then Luke and Leia, and now the next generation of Ben Skywalker-Solo and... well, Rey, right?

But that forgets the first two trilogies were also the story of Ben "Obi-Wan" Kenobi, who taught the ways of the Light Side of the Force to Anakin, a pupil who turned to the Dark Side, and then mentored Luke, a pupil who struggled to choose. How perfect a reverse would it be for Rey Kenobi to now be the pupil and a Skywalker struggling with the Dark Side the teacher?

Rey Will Turn To The Dark Side

Speaking of which, that brings us to our final theory: Rey will ultimately also pull a flip flop on the story as we know it, and choose to walk the path to the Dark Side. If Luke betrays her, it will be the only way for her to be trained anyway, as there will be no "Light Side" teachers left.

So now we have Rey, the Dark Side pupil, being trained by.... Ben Solo, a Skywalker struggling with the Dark Side. Can she perhaps end this tale by turning him to the Light, as Luke could not?