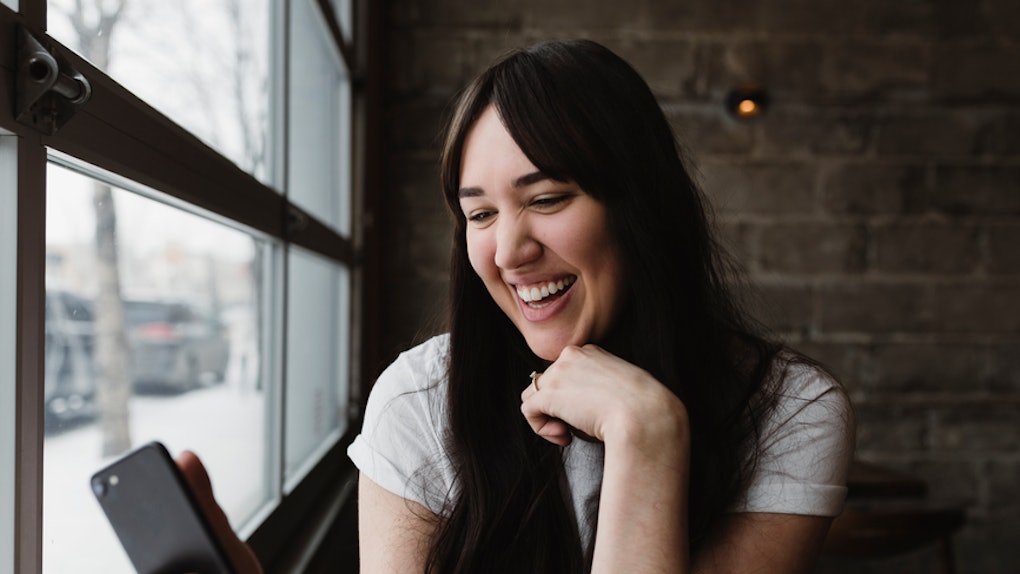 Nothing is sexier to me than someone who can make me laugh. If you want to guarantee that I will say yes to a second date, crack me up and I am all yours. And I know I'm not alone. Ask just about anyone what they want in a partner, and a good sense of humor is usually near the top of the list. That's why it’s not as crazy as you might think to send someone a meme after a first date to encourage them to ask you on a second. But first, you need some good memes to send. This doesn't work if the joke falls flat, right?

The trick to sending a post-date meme is to cater it to their sense of humor. You spent the evening with them — what do they think is funny? Did they talk about how much they love Monty Python (that's a deal breaker for me, by the way) or how Rick and Morty is a modern classic? Those, my friend, are clues! Use them to your meme-ing advantage. Maybe they have a cat they're bonkers over. Boom! Pet meme equals guaranteed success. The other thing to keep in mind, though, is that you also don’t want to try too hard and end up an awkward penguin. (Get it? That's a meme joke. Ahem. Moving on...) It's a delicate balance, but no one said dating in the internet age would be easy. So rather than send you out into the wilds of the world wide web, searching for memes on your own, I've got five ideas to get you started.

So you went on a first date, and you really liked them, and — between you and me — you're dying for them to ask you for a second round. Hey, there’s no shame in getting your flirt on in meme form. If you decide to go this route, just be sure to pick a meme that naturally transitions into something cheeky. If they return the favor, you're golden.

2. Pick Something Funny And Timely

Is being flirty too awkward? Then just go for the laugh and let that work its magic for you. What’s the funniest meme you've seen recently? Pick something timely and clever, and if you’re stuck, there are whole Reddit subs dedicated to the dankest of fresh memes. That's Reddit-speak for new, hilarious memes. Just try not to get lost in there.

3. Say "Eff It" To Subtlety And Send Something Direct

Who has time for games, am I right? If you prefer the more direct approach, send them a meme that says exactly what's on your mind. I liked our first date; I would like a second one, pronto!

4. Remind Them Of How Fun The Date Was

Did something really funny happen on your date? Awesome, because that makes sending them a post-date meme that much easier. Send them one that reminds them what a great time the two of you had, and hopefully, get their brains spinning about when they get to see you next.

5. When In Doubt, Stroke That Ego

Who doesn't like to know how amazing they are? Sending a meme customized to flatter someone's ego never hurts your second date chances. Bonus points for this one since it might be just the boost they need to work up to asking you out again.

See, not so weird after all. In some ways, this is actually easier than sending your usual post-date message.