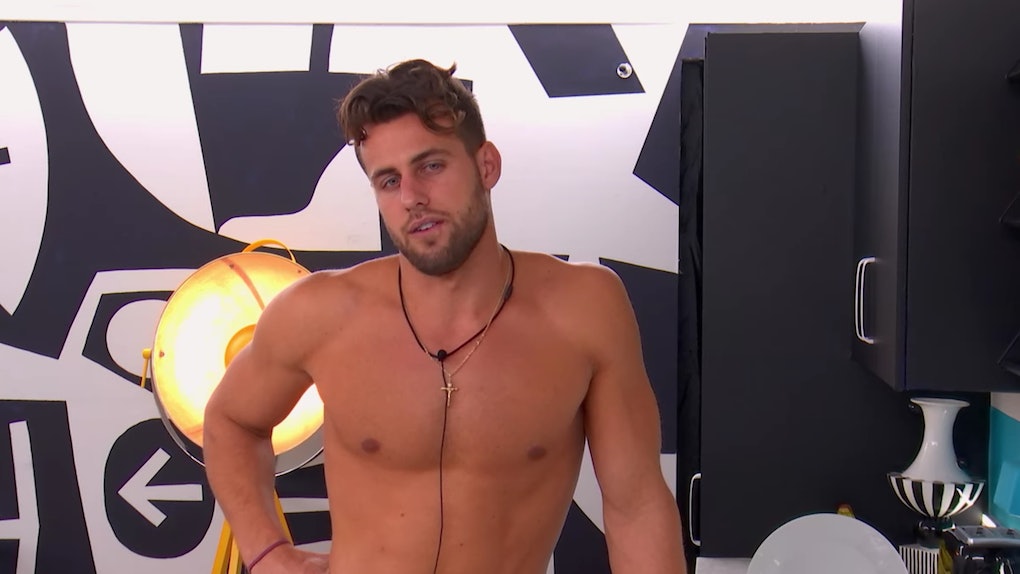 After an explosive debut, the second season of The Circle kept the drama going by adding two new players in its fifth episode. The energetic volleyball star Khat was quick to make her mark, but it was the confident Mitchell who came in with an interesting secret connecting him to some past contestants. Want to know more about The Circle's resident shirt-hater? Of course you do! So here are some facts about Mitchell Eason from The Circle that you may not have expected.

Rather than disguise himself as a catfish, Mitchell came into The Circle with big plans to win the game by being as authentic to his true self as possible. As it turned out, that basically meant never wearing a shirt and flirting it up with Chloe. He managed to score a solid place in the rankings during Episodes 5 through 8, so it's clear he's settling in with the other players pretty well. Considering his background, which includes a majorly impressive list of different jobs and passions for someone as young as 22, it should be no surprise he's so charismatic. Plus, he probably got some great intel from a couple Season 1 players, considering they're members of his family. Check out all the surprising details about Eason below:

1. His brother and mom were on The Circle Season 1.

Mitchell isn't the first Eason to represent Conshohocken, Pennsylvania, on The Circle. The mother-son duo of Ed and Tammy from the first season of the show are actually his older brother and mom. Ed and Tammy played as a secret duo in Season 1, covertly working together to operate Ed's Circle profile, but they wound up getting eliminated in the episode before the finale. In his intro, Eason said he learned from their mistakes and will bring more people skills into Season 2.

2. He's a model who's walked in New York Fashion Week.

Although he's only 22, Eason has been a working model for years, with tons of fashionable photoshoots in his portfolio. He even got to walk in New York Fashion Week at the end of 2016, while he was still a high school senior.

While he excelled as a model, Eason also started his career as a real estate agent. In fact, Eason lists real estate as one of his biggest passions on his website and he worked as a licensed realtor for Coldwell Banker Preferred for years. His mom still works as an agent at the company, but Eason himself isn't currently listed as an agent on the website, suggesting he likely no longer works there. His LinkedIn lists his current job as a salesperson for Prudential Insurance.

4. He owns his own landscaping company.

Eason's first gig was an entrepreneurial one: He started his own landscaping company back when he was in high school. After doing some yard work for his uncle's company as a kid, Eason founded Eason's Scapes & Services when he was 16.

5. He lives in a multimillion-dollar mansion.

These days, it seems Eason's next endeavor is content creation. In a Cribs-style house tour video on his YouTube channel, Eason revealed he recently moved to Los Angeles from Miami, where he was working as a bartender. Eason revealed in the video that he closed on a $33.2 million mansion in Beverly Hills and showed viewers around his expansive new home.

Eason's charisma definitely earned him some amazing rewards in life, but how far will it get him in The Circle? Viewers will find out if he can make it to the end as new episodes drop on Netflix on Wednesdays.