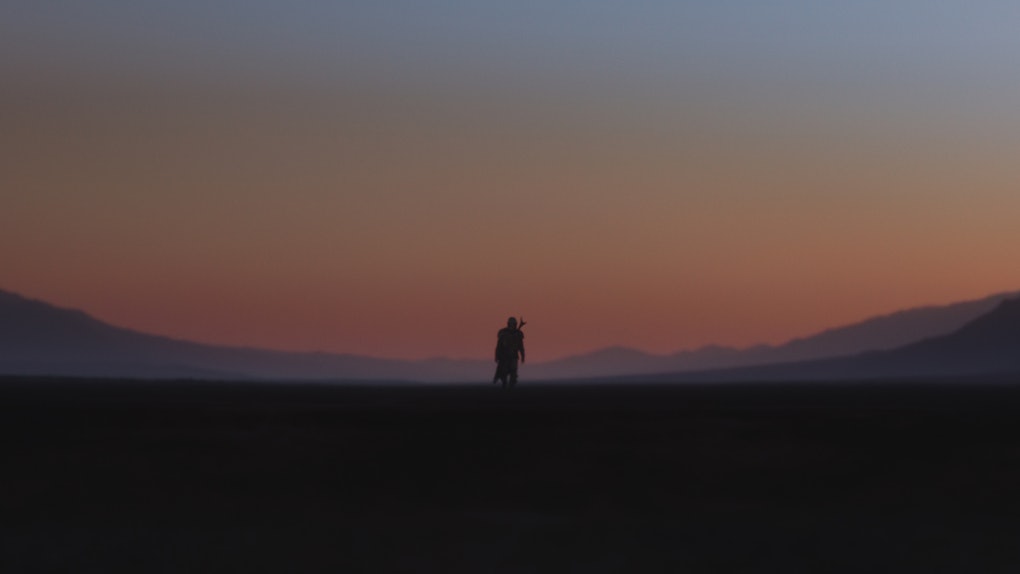 5 Easter Eggs In 'The Mandalorian' You Probably Missed

Disney+ launched with nearly a dozen new series to entice viewers to sign up. From Marvel to Pixar, Disney's biggest brands brought at least one new show to the table, if not multiple. The House of Mouse could have made any of them the flagship, but it went with The Mandalorian, the first live-action Star Wars TV series in franchise history. The show is fantastic, a blend of old and new. These easter eggs in The Mandalorian show how the series is keeping its new offering based in familiar lore while focusing on a brand new story. Warning: Spoilers for The Mandalorian Season 1 follow.

The most significant easter egg is the character himself. The Mandalorians were first created as a race for Boba Fett, who captured Han Solo in Empire Strikes Back. They are a race of warriors and bounty hunters. That was later amended to Boba as a clone of Jango Fett, who was a real Mandalorian. But Jango was a wannabe, the government of Mandalore refused to recognize him, insisting he was a counterfeit renegade.

That means viewers are meeting the real deal for the first time, and he's brought a few other recognizable callbacks with him.

There's a laundry list of recognizable droid and aliens that populate The Mandalorian. There's a Kowakian roasting on a spit; there's a Rodian frozen in carbonite on the ship. The bars have Trandoshan and Jawas running around. Later, the guy who rescues the Mandalorian from the blurrg is an Ugnaught.

But my favorite is the Kubaz, who were spies for the Empire in the original A New Hope. Now he's just working transit.

Shout out to The Star Wars Holiday Special! This extraordinary terrible TV special is famous in the world of Star Wars. It aired in 1978 at Christmas, and it was so bad it was dropped right down the memory hole.

In it, Chewie goes home to his family for Life Day, the galaxy's version of Christmas. It turns out he's not the only one to celebrate. The Mythrol captured by the Mandalorian also was hoping to be free for Life Day. Too bad, so sad.

The Mandalorian's Client is ex-Empire, as evidenced by the Stormtrooper security guards. He also pays in a metal stamped with the Imperial symbol. It's beskar, aka Mandalorian iron. It's what these warriors once forged their distinctive armor from before their planet collapsed into Civil War. This explains both the Client's comment that beskar "belongs with the Mandalorians," and our hero taking it immediately to be forged.

Also, the Client has an entire camtono of it. That's a safe, seen in Cloud City during the evacuation in Empire Strikes Back. (Yes, it looks like a 1980s ice cream maker.)

If the Life Day reference wasn't deep-cut enough for you, how about blurrgs? The blurrg isn't the creature riding; he's an Ugnaught. It's the creature being ridden. They were introduced in Ewoks: The Battle for Endor, a TV movie special that came out post-Return of the Jedi in 1985 and also was immediately dropped into the same memory hole where the Holiday Special lives.

The forge where the Mandalorian takes the beskar has a skull above the door. It's a mythosaur, native to the planet of Mandalore. They're supposedly extinct, but the galaxy has long memories. When trying to teach the Mandalorian to ride a blurrg, the Ugnaught notes that his people were famous for riding mythosaurs, and the blurrg should be a piece of cake for a true warrior of the name.

More like this
Who Is Eli Bradley? 'The Falcon & The Winter Soldier' Brought In A Young Avenger
By Ani Bundel
Here's How To Stream 'Nomadland' So You Can Finally Get The Hype
By Rachel Varina
Is Netflix Making A 'To All The Boys' Spinoff Series About Kitty? Here's The Tea
By Rachel Varina
Stay up to date