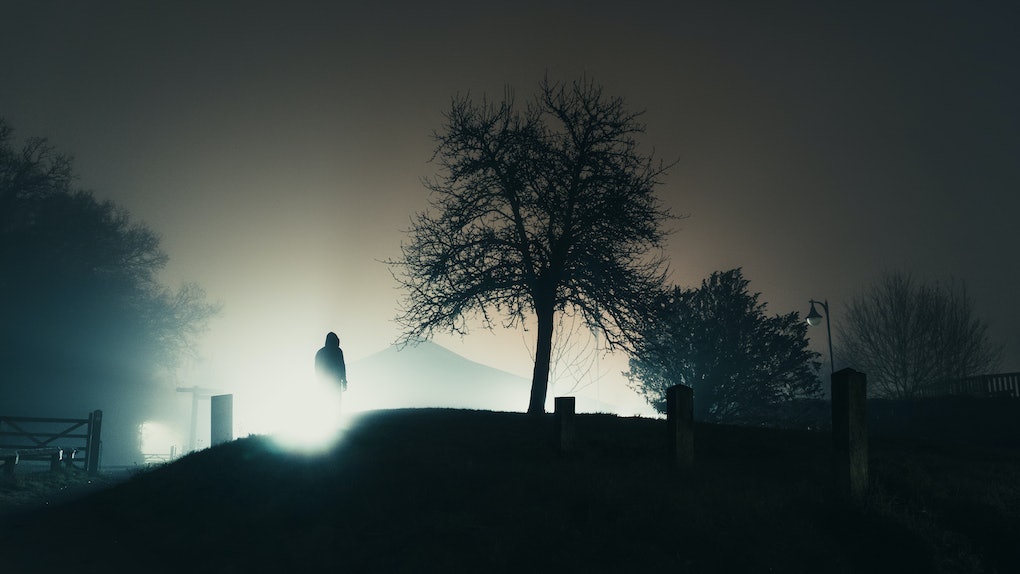 Tales of alien abduction have fascinated the world for decades, but while most people find these stories too outlandish to be real, an episode of Netflix's new Unsolved Mysteries reboot presented a case about UFOs that isn't so easy to dispute. Most of the new show focuses on strange murders that were never solved, but in the fifth episode, the docuseries takes a turn to the paranormal by exploring the UFO sightings by various residents of Sheffield, Massachusetts, in 1969. After watching the episode, a lot of viewers have sought out "Berkshires UFO" theories from Unsolved Mysteries to try to make sense of it all.

The "Berkshires UFO" episode explored a peculiar event in 1969, when multiple residents of the small town all claimed to see a bright, disc-like object in the sky and experienced bizarre events afterwards. Various townspeople who had not known one another prior to the events all recalled disappearing into a beam of light, losing track of time, and then finding themselves in slightly different positions or areas than where they were before. They told their stories on the local radio station WAMC, and the Great Barrington Historical Society recognized the event as the first official UFO case in U.S. history.

As wild as it may sound, the firsthand accounts are pretty convincing. Still, there are some theories about what really went down:

1. The story was made up by the town.

The knee-jerk reaction of most UFO deniers will be to assume the townspeople fabricated the story, and there are some reasons to buy into this school of thought. For one, the original WAMC recording of all the accounts was taped over and no newspapers covered the story back in 1969, so there really isn't any source material to go off of. Additionally, while all of the accounts are eerily similar, they do have some notable differences in how the abduction happened and how long it lasted. The main rebuttal to this theory, though, is the townspeople seemingly have no motivation to make up this story.

2. The townspeople are misremembering what really happened.

The townspeople may not be knowingly lying about the abduction stories, but may still not be relaying the truth. That's at heart of another theory, which guesses the UFO stories became so prevalent in the town that they blurred and influenced people's memories over that past 50 years. With no concrete coverage from 1969 and half a century having passed, there is a chance the story just became so big that it created a false memory.

3. It was actually a secret government experiment.

This theory is nearly as wild as the UFO actually appearing, but some deniers think the townspeople were actually subjects of secret government experiments that they believed to be alien abductions. Specifically, some viewers think the residents may have unknowingly been part of a secret LSD experiment run by the U.S. government, citing the U.S. government's MKUltra Project, which has become the source of countless conspiracy theories.

4. Interviewers fed the stories to the townspeople.

Another possibility that viewers have brought up is that UFO researchers who were desperate to confirm the existence of aliens may have fed information to the townspeople to alter their stories and makes the sightings sound more legitimate. Researcher bias can seep into an investigation in numerous ways, including the Hawthorne effect, which is when subjects alter their behavior to try to please the researcher. If an ardent UFO researcher was involved in the first telling of the Berkshires stories, there's a chance they could have knowingly or unknowingly helped plant false memories.

It can be difficult for many people to buy into UFO stories, but the Berkshires recollections make up what is probably the most convincing case for UFOs actually existing. While deniers will undoubtedly cling to any of the above theories to try to invalidate the claims, everyone who watched the Unsolved Mysteries episode does have to contend with the possibility that these people are telling the truth and a UFO really did appear in 1969.

The "Berkshires UFO" episode of Unsolved Mysteries is the fifth episode of the show's first season on Netflix.