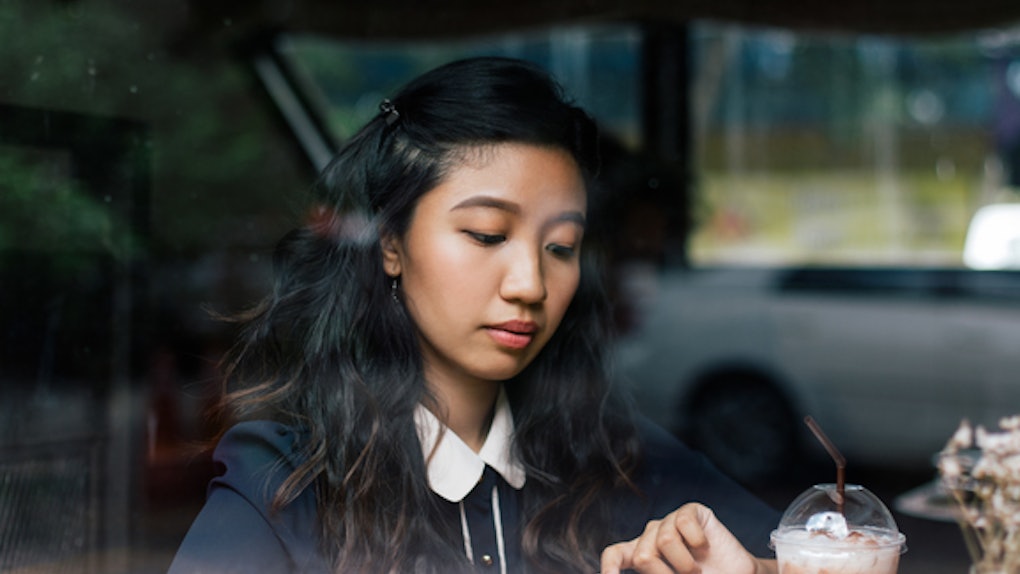 4 Red Flags Your Ex Is Still In Love With You, So Be Careful

If your ex is still in love with you, it situates you in a position of power. Do you separate yourself from their affections, or do you feed into them? Sometimes, especially in a culture where we are taught not to be honest and authentic with our feelings, we misrepresent the feelings we have for another person as being just about "friendship." But according to Tawkify matchmakers, if your former significant other is taking any of these actions, they constitute red flags your ex still loves you. And if you don't do or say something to stop their advancements cold, their behavior is likely to continue.

There are all sorts of reasons that someone might struggle to move on, but know that if a relationship has clearly ended, you are not responsible for another person's feelings. Don't accept attempts to emotionally manipulate you or change your mind once it has been made up about a relationship. Do what works and feels good for you, and be honest about your emotions. Are you dragging someone along because the attention feels good? What purpose is that attention serving you, and is it providing a distraction from other issues? Communicate clearly and honestly to set boundaries so that both of you can move on. Your future self will thank you.

Here are the warning signs, from the experts:

1. They're Keeping Tabs On Your Internet Presence

According to Tawkify matchmaker Willow Frederick, the number one sign for her that someone is still hung up on their ex is their social media activity.

"If they’re watching your story on Snapchat, Instagram, checking your LinkedIn profile, [they are] keeping tabs on you in some way," says Frederick.

She says that pre-technology, people used to do this by keeping in touch with friends, family, and those close to you. Nowadays, we have access to people's lives just by staring into our screens.

If you need to block someone to sever the ties, block them. You can always reconnect later, when emotions aren't so fresh.

2. They Bump Into You Not-So-Unexpectedly

Tawkify matchmaker Olivia Taylor Balsinger says that, for her, the infamous "run-in" is the most prominent sign that someone is not over their ex.

She describes the "run-in" as the following: "It's when they know your schedule, where your parents live, and all of a sudden [you see each other] and it's like, 'Oh, hey, I didn't expect to see you. I was just going for a walk in the neighborhood."

Balsinger says that this run-in is never really just "a walk in the neighborhood." So what motivates this behavior? Balsinger references mere-exposure theory, which is the idea that people tend to develop preferences for what they are familiar with. "It's the theory that the more we see someone, the more inclined we are to see them again."

"[People who do this think that] a simple hello and seeing that you're single and not with some hot-shot significant other is better than nothing," says Balsinger. She adds that this behavior probably will not come off the way it is intended. "Some may call it stalker-ish; others may say it's hopelessly romantic."

3. They Find Ways To Infiltrate Your Social Circle

Frederick says that another way to tell if your ex is still hung up on you is if they have tried to get closer to your close friends after your breakup.

"It’s an attempt to be close to you, to feel like they still know you, or are somehow still a part of your life," she says.

4. They Find Reasons To Reach Out

When someone "accidentally" or even purposely texts or calls you when they are drinking or out with friends, Frederick says that it's usually a plea for response.

"This can manifest in a more melancholy way," she elaborates. "As simple as an 'I miss you,' or 'I ran into your favorite bartender the other night — he said to say hi.'" She says that these attempts to reach out are usually just a move to get any kind of response, without considering the emotional consequences.

So what do you do if you want an ex to stop reaching out to you?

"The thing is, if you continue to indulge in this post-breakup reaching out, it’s probably not going to end," says Frederick. Clarity is everything.

"Unless you say 'stop contacting me,' and/or block them on all social media — the ultimate death nell of relationships today — they’re still going to think there’s hope for the two of you," she concludes.