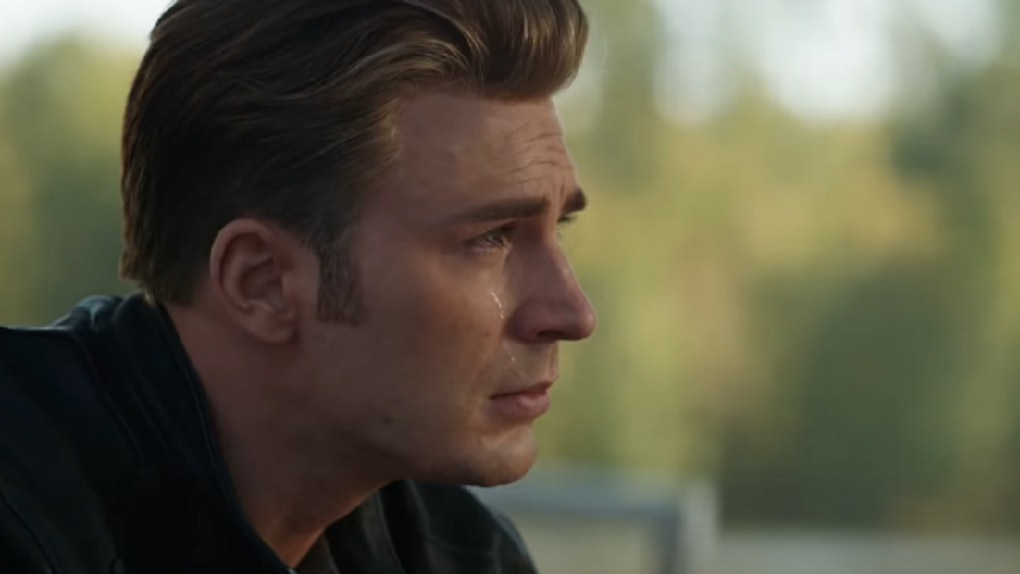 4 Clues In The 'Avengers 4: Endgame' Trailer That Will Hype You Up

Hold onto your Captain America shields, folks, because it's time to break down that epic Avengers: Endgame trailer. The promo dropped on Dec. 7 and gave us just enough hints about where the remaining superheroes are after the villain Thanos activated the Infinity Gauntlet to wipe out half of the world's population. These clues in the Avengers 4: Endgame trailer will have you counting down the days until the epic mashup finally hits theaters in the spring.

The highly anticipated Avengers: Infinity War ended on a low note earlier this year, detailing the band of heroes' failure to defeat Thanos (Josh Brolin) before he retrieved all six of the Infinity Stones. Using the full Gauntlet's power to disintegrate 50 percent of the population, Thanos seemingly gained control of the entire Earth, while the remaining half of the Avengers were scattered across the galaxy. The film's post-credit scene delivered some optimism when Nick Fury (Samuel L. Jackson) managed to summon Captain Marvel (Brie Larson) before he vanished, but the Endgame trailer has provided some clues about who might still be around to help her defeat Thanos.

We have a subtitle, surprise appearances, and even an earlier release date than we expected. So, what can we make of the official Avengers: Endgame trailer? Check out our observations below.

1. Tony Seems To Be Alone, But He Was Last Seen With Nebula

The trailer opens bleakly as Tony Stark (Robert Downey Jr.) seemingly records a goodbye message to Pepper Potts (Gwyneth Paltrow). Appearing to be alone on an adrift spaceship, he ran out of food and water and is anticipating a total loss of oxygen the next day. When we last saw Tony in Infinity War, he was on Titan, watching Peter Parker (Tom Holland), Quill (Chris Pratt), and Dr. Strange (Benedict Cumberbatch) vanish, but Nebula (Karen Gillan) survived the wipeout alongside him. If she was initially with him, how did Tony end up totally alone and unable to return home? Why was Nebula seemingly by herself on the Guardians' ship?

Even though the trailer dedicated the majority of its length to this scene, hardcore Marvel fans have noticed that this may not be the end for Tony. ComicBook.com pointed out that the dialogue certainly alludes to Pepper donning her Rescue armor, which Paltrow already revealed online as a tie to her character's superhero alter ego in the comic books. Does she save Tony from a doomed ending in space?

Cnet noticed that Thanos' armor is just hanging out in the middle of nowhere, which is a little odd for a villian who just destroyed half of the Earth's creatures. Although he seemed proud of his accomplishment at the end of Infinity War, there was speculation that Thanos would take a step away from the spotlight in the Avengers finale. Is this visual a hint that we won't actually see much of him in Endgame? To be fair, leaked set photos have pointed toward the movie involving plenty of time travel, which could mean more focus on the superheroes' past selves than on defeating Thanos.

Hawkeye (Jeremy Renner) was reportedly off the grid in Infinity War and didn't fight alongside the Avengers in the battle against Thanos. The Endgame trailer quickly confirmed that he survived what Marvel is now calling the Decimation, but when a masked Hawkeye wields a sword on a rainy street, the image doesn't quite align with the archer we know and love.

If you're well-versed in the Marvel comic books, you'll know that Hawkeye's new haircut and weapon of choice symbolizes Clint Barton trying on his other secret identity. When the comics' Clint was reborn after dying, he allowed his replacement to keep the Hawkeye label and joined a new version of Avengers to save the hero Maya Lopez, aka Ronin. For the rescue mission, Clint took on the persona of Ronin, which refers back to a Japanese term for a lone warrior. Seeing as Maya Lopez doesn't exist in the Marvel Cinematic Universe, we'll have to wait and see why Hawkeye takes on a new name and comes out of hiding.

4. Ant-Man Is Definitely Still Around To Help The Avengers

The trailer shows Bruce Banner (Mark Ruffalo) seemingly studying pictures of Thanos' victims, including Scott Lang (Paul Rudd). In a reveal almost resembling a post-credits scene, Scott / Ant-Man finds the remaining Avengers' hideout and surprises Steve (Chris Evans) and Natasha (Scarlett Johansson) with his appearance. Although Infinity War dropped that Scott was on house arrest, Ant-Man and the Wasp revealed that the superhero was actually inside the Quantum Realm when Thanos' civilization-destroying Snap occurred. The movie will need to explain why that location helped him survive, but with both Ant-Man and Hawkeye rejoining the Avengers, their quest to bring back their friends might not be so impossible after all.