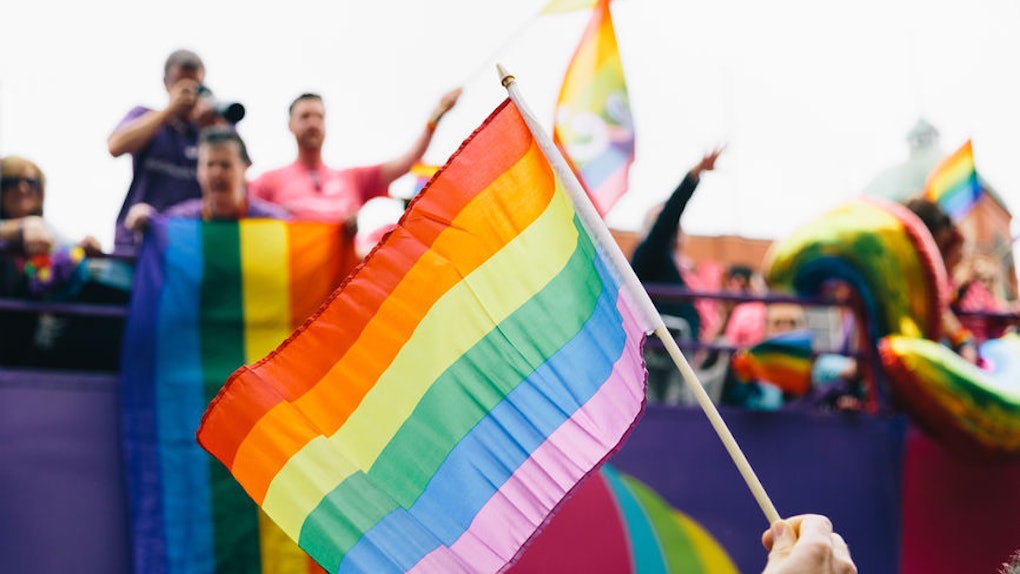 When you are straight, and used to most spaces being accessible to you, entering spaces that are not made for you can be an uncomfortable experience. If you want to know how to be a good straight ally during Pride month, the first thing to do is practice sitting with your own feelings of discomfort. Rather than seeking validation from members of the queer community, engage in self-reflection so that you are not relying on the emotional labor of queer folks.

While you are welcome to attend Pride parades, it is important to recognize that the fight for queer liberation is very much not over. If you're using Pride as an excuse to party, you might want to rethink your motivations in participating in the festivities.

Understand that you might have blind spots that may cause you to perpetuate heteronormativity, no matter what your actions or intentions are. Queer people should not be held responsible for your enlightenment, but you can still play a role, in supporting the queer community if you choose to.

If you are committed to supporting the LGBTQ+ community during Pride, consider putting your resources where they will do the most good. Bolster organizations that are doing radical work on the front of queer liberation for black and brown people, trans folks, and sex workers. Here are some places to start.

1. Sign up to write to an LGBTQ+ person in prison through Black & Pink.

LGBTQ people are more likely to be imprisoned, held in solitary confinement, and experience sexual abuse behind bars than straight inmates. Black & Pink is an organization that is working toward the abolition of the prison industrial complex — specifically as it is targeted against LGBTQ people — through organizing networks between prisoners and allies in the "free world." Led by currently and formerly incarcerated LGBTQ and/or HIV+ members, the center of Black & Pink's work is a pen pal program that builds relationships through prison walls. Many of these imprisoned people do not get much mail and crave human connection. Allies are invited to participate in the letter writing program, although the needs and voices of LGBTQ and/or HIV+ membership are consistently centered. To participate, visit the Black & Pink website and read their guidelines prior to signing up.

2. Educate yourself on the issues faced by the trans community.

If you have the resources, supporting an organization like the Transgender Law Center will help transgender and gender nonconforming people get the support they need to stay alive, thrive, and fight for liberation.

The rights of sex workers and the rights of the LGBTQ+ community are tied together. Because so many LGBTQ+ folks face poverty and discrimination, they are more likely to depend upon sex work as a form of income. Decriminalizing sex work is essential to securing the full rights and liberation of all queer people.

Congress is currently targeting sex workers by penalizing websites with any content related to sex work, which could even extend to websites that publish resources to help sex workers stay safe. This legislation is stripping sex workers of the tools they need to protect themselves and pushing sex workers out on the streets, where they face higher risk of violence and death.

Contributing to the fight for sex workers' rights begins within your community. Educate yourself on the harmful stereotypes sex workers face and express your support for the movement to family, coworkers, and friends. Be supportive, share resources, and recognize that sex work is real work. Shifting your own attitudes can help change the discrimination that sex workers face in their line of work, and build a more tolerant society.

More like this
JoJo Siwa's Quote About Her Long-Distance Relationship Is Heartbreaking
By Corinne Sullivan
25 Instagram Captions For Your 2-Month Anniversary That Aren't Too Extra
By Corinne Sullivan
Getting Over Your Anger At An Ex Is Hard, But Not Impossible
By Caroline Colvin
Stay up to date